The Orville isn’t getting a full trading card release for its second season. Instead, the follow-up to the Season 1 set is taking a much more limited route. 2020 Rittenhouse The Orville Archives Autograph Edition is only signatures–and lots of them. 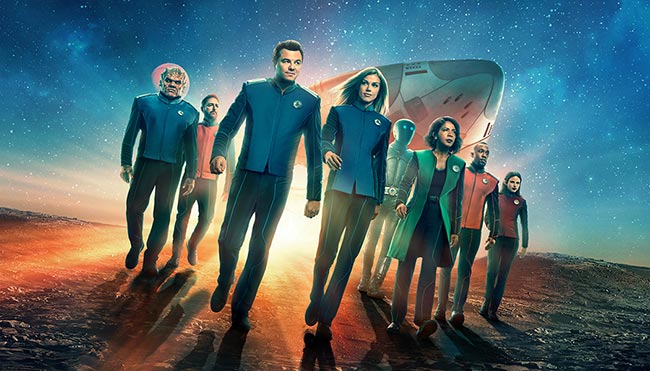 Individual packs deliver 15 total autographs. That’s pretty much what you’d get in a lot of cases for a traditional release.

The checklist has 17 cards, meaning there’s just about an entire set in every pack. Headlining the checklist is The Orville‘s lead star and creator, Seth McFarlane. His signature lands 1:2 packs. With 300 packs produced, this means there are approximately 150 copies.

Important Note: After the set’s release, it was discovered that Seth MacFarlane used an auto-pen on his cards and not a proper signature. Rittenhouse is aware and are currently working on a solution.

Other notable names include Adrian Palicki (Commander Kelly Grayson), Scott Grimes (Lt. Gordon Malloy), Penny Johnson Jerald (Dr. Claire Finn) and Kelly Hu (Admiral Ozawa). There’s also Jason Alexander. He may have only appeared in a pair of episodes of The Orville, but he’s also known for his iconic work as George Costanza on Seinfeld.

2020 Rittenhouse The Orville Archives Autograph Edition at a glance:

What to expect in a pack: