2020 Rittenhouse Game of Thrones Season 8 trading cards bring the final season of the epic season to the hobby. And while there are some familiar elements, Rittenhouse is adding a new layer to the autographs. Inscriptions are part of the mix this time around and in a big way. Of the two autographs in each Season 8 box, one comes with an additional note or quote to go with the signature. 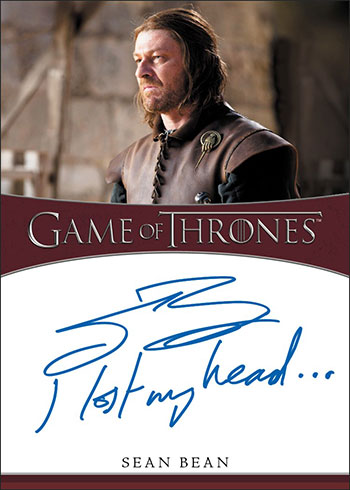 Sticking with the theme of past seasonal Game of Thrones releases from Rittenhouse, characters are the focal point of the base set. More than 40 people are profiled. Episode recaps help round out the checklist.

With 60 cards, it’s down from Season 7’s 81 and the 100 cards in the Season 6 set. But there are also fewer episodes to draw from this time around as well.

The base set has a pair of parallels. The first sees cards landing 1:3 packs. Gold parallels, at 1:24 packs, average one per box.

2020 Rittenhouse Game of Thrones Season 8 signers come from throughout the series. Inscriptions help put an elevated spin for those who may have signed in the past. The variety of notations also create numerous variations to chase, for those who might want to go deep with a particular character or actor. 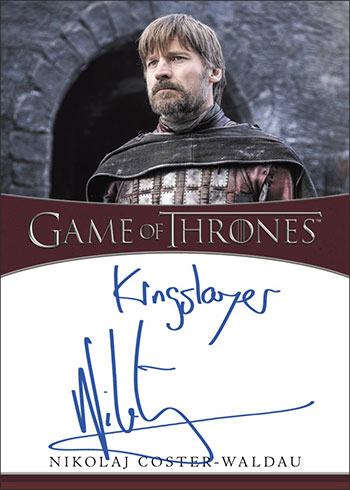 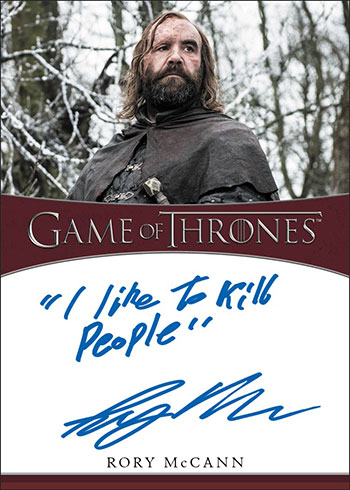 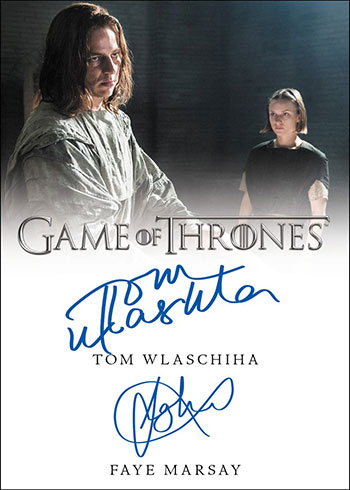 According to Rittenhouse, there will also be ten signers with their first Game of Thrones autograph cards.

The checklist has several additional insert sets and chase cards that range from somewhat common to extremely tough. 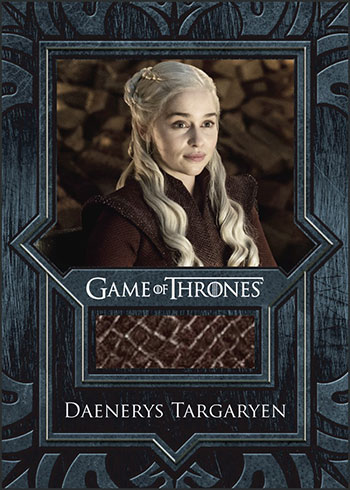 Original art is available on both Character and Scenic Sketch Cards. Throughout Rittenhouse’s run with the line, these have ranked among some of the most coveted Game of Thrones trading cards. 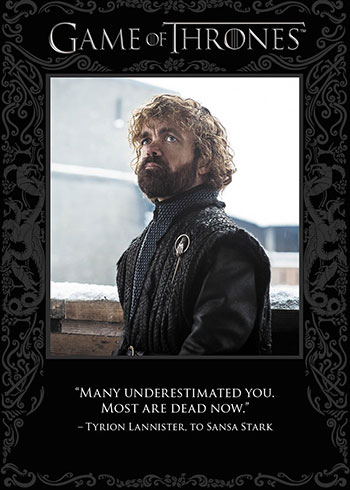 An album is available separately with each one coming with an exclusive promo card.

Standard for Rittenhouse, there are some exclusive incentives for those ordering multiple cases. A DaenerysDual Relic is the six-case card.

Finally, there’s a special Archive Box that’s the 18-case incentive. Exact contents haven’t been announced, but there will be cards in it that aren’t in regular packs.

2020 Rittenhouse Game of Thrones Season 8 trading cards at a glance: 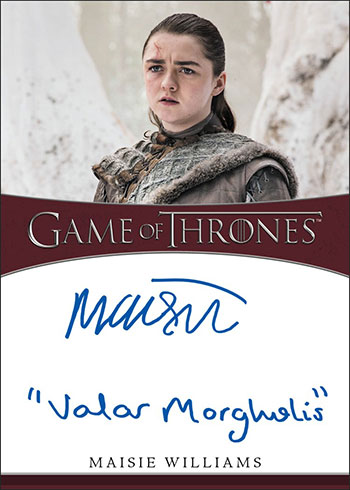 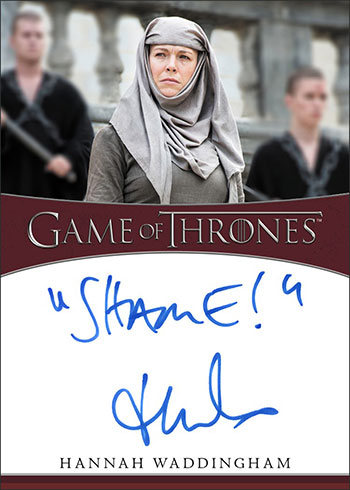 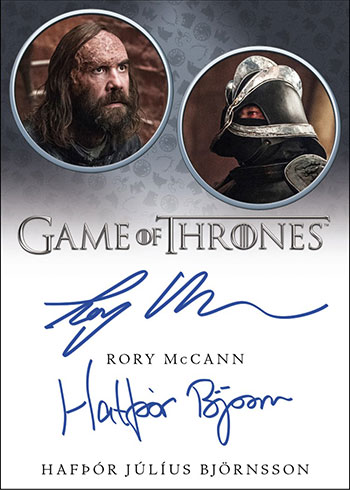 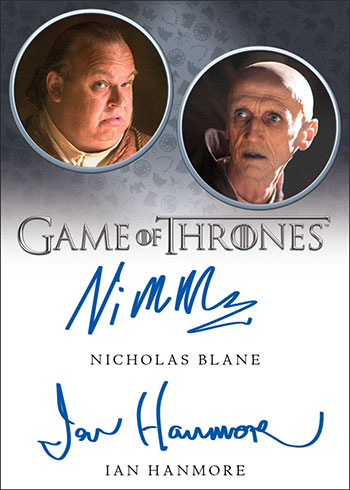 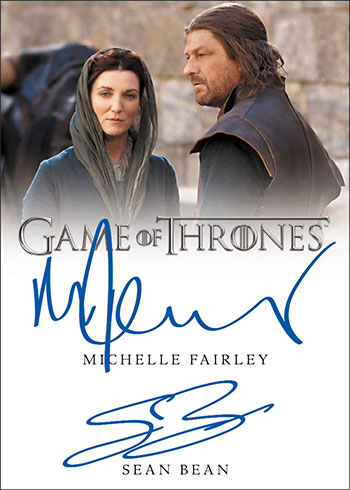 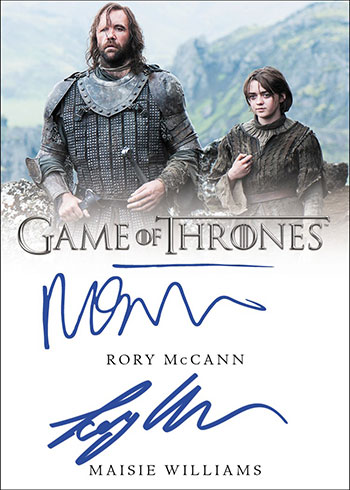 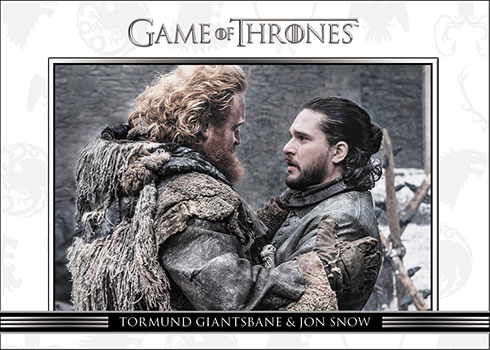 The following is a tentative list of confirmed signers. It is expected to grow and is subject to change.