2020 Panini Prizm Draft Picks Football is the company’s first set of a new pigskin season. The college-focused release offers collectors an early look at the year’s draft class and comes with the traditional color Prizm is known for. There’s also lots of autographs with one landing in every hobby pack. 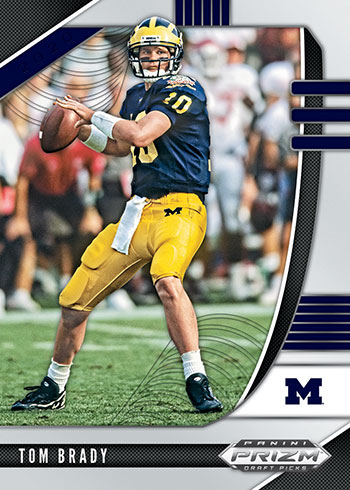 Similar to 2019’s set, the base set has a few different levels. For starters, veteran players are broken down into three different sections. There are the main players cards as well as Crusade and All-Americans subsets. 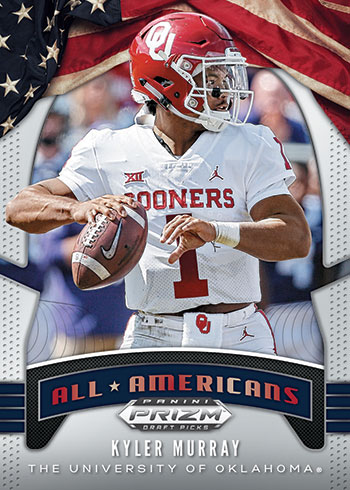 In addition to these are 50 Draft Picks cards that represent the incoming rookie crop. The Prizms parallel rainbow is extensive on these, with each card having 16 different colors across both hobby and retail.

Draft Picks Prizms Autographs make up the majority of signature content in the product. These have more than a dozen parallels including the following that are hobby-exclusives:

College Ties Autographs return with a pair of signatures, mixing rookies and some vets.

On the non-autograph side, Color Blast inserts are part of the checklist. That said, like other sets, they’re rare pulls. 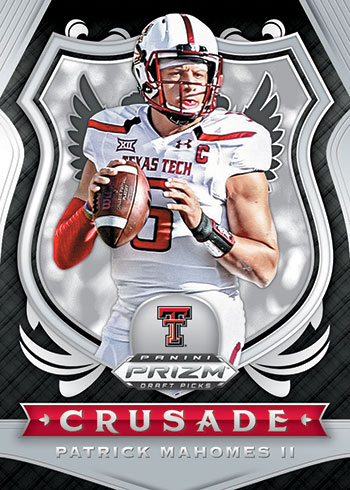 The 2019 Panini Prizm Draft Picks Football checklist will be added as soon as it’s available, likely shortly before the set’s release.