The base set has 200 total cards, each numbered to 99. Half of these are a mix of veterans and past stars. Rookies make up the other half of the checklist. 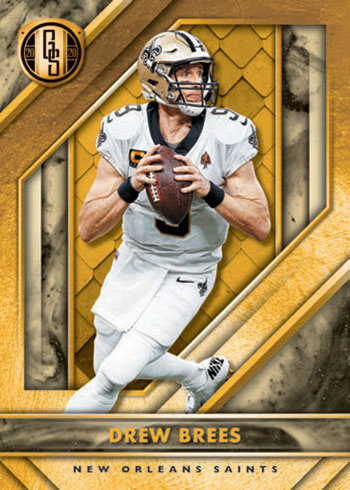 New this year are Rookie Autographs (/199 or less) that further parallel the base cards. These have additional Rose Gold (/25 or less) and Black (1/1) versions.

Rookie Jersey Autographs return with the single-, double- and triple-swatch combinations. Base versions for each top out at 99 copies. Premium pieces are found on additional Prime (/49 or less) and Prime Tag (1/1) versions.

Gold Jacket Signatures (/99 or less) pictures Hall of Famers from both their playing days and from their induction ceremony. Of course, there’s the autograph to go along with them. Additional Platinum (/25 or less) and Black (1/1) parallels are also available. 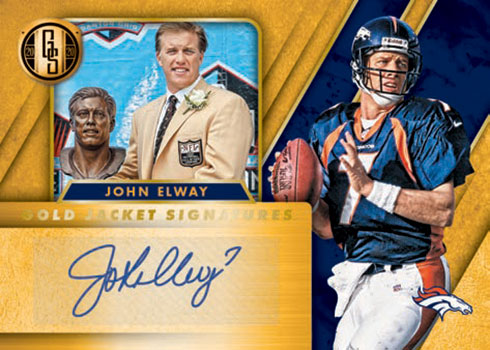 With no more than five copies each, Super Bowl Diamond Signatures are among the rarest cards in 2020 Gold Standard. The checklist for these consists exclusively of players who have won the Lombardi Trophy. Besides the autograph, a diamond is embedded in each card. 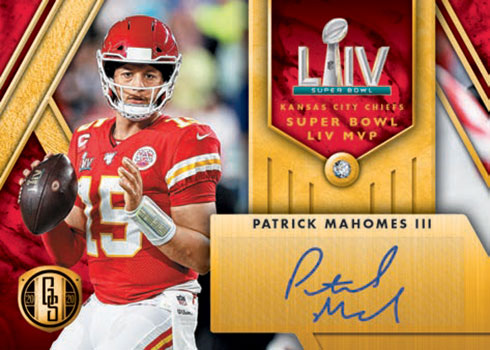 Gold Scripts (/99 or less) get their name for the ink color of the signatures. Platinum (/49 or less) and Holo Silver (1/1) parallels expand the lineup. 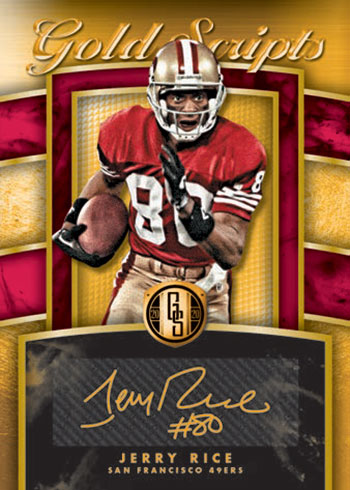 Golden Shield Signatures is a set of autographed memorabilia card that use the shield from a football instead of more traditional jersey or patch swatches. 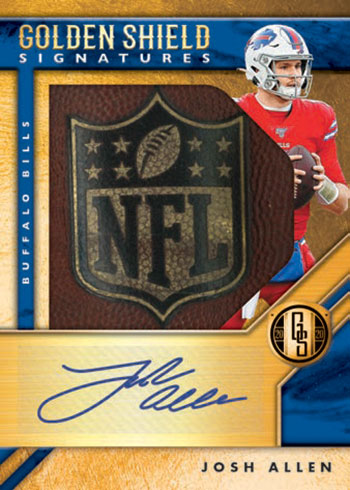 Two autographs are on every Double Standard card (/25 or less). Teammate and player-coach combinations are included. 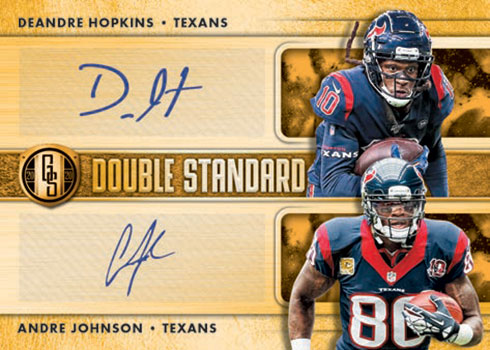 The full 2020 Gold Standard Football checklist and team set lists will be posted as soon as they’re available, likely shortly before the set comes out.