2020 Panini Elite Extra Edition Baseball wades deep into the prospect waters. Not only does the checklist offer an look at 2020 draft picks, but it ventures onto the international scene as well to provide more early cards.

On the hobby side, the product is hits-heavy once again with eight autographs and a pair of memorabilia cards in every five-pack box.

For a prospect-driven release, the 2020 Elite Extra Edition base set is a fairly sizeable 200 cards. Most of these are a mix of draft picks and other prospects currently working through the majors. 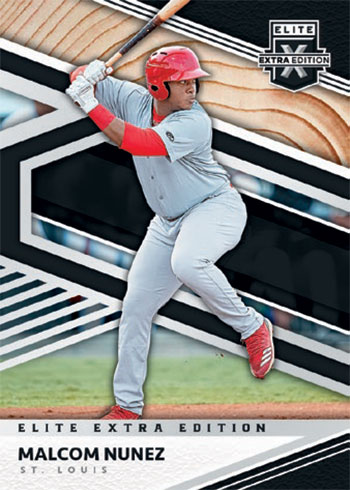 There are also 30 players from the Dominican Prospect League that haven’t even signed with MLB teams yet. DPL players also have some of their first autographs in the product as well. 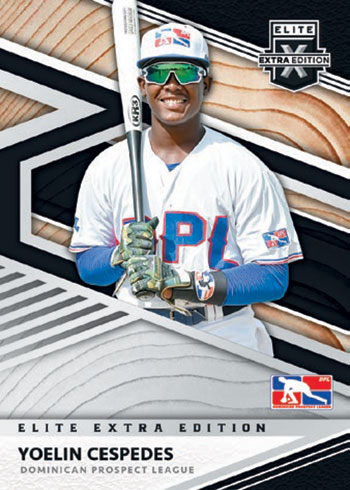 Base versions come numbered to 999. But there are more than a dozen parallels as well including Turn of the Century and blaster-exclusive Pink. 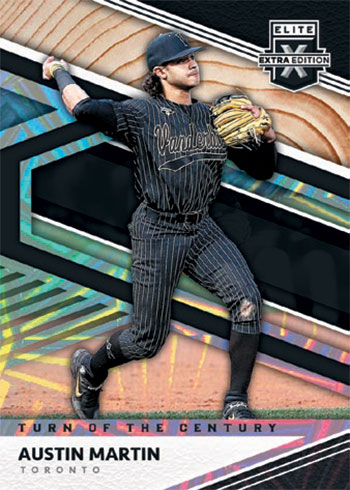 For many, the real draw of Elite Extra Edition is the autographs. The product is an alternative to Bowman Draft, delivering signatures in greater quantities and at a lower price. Base Autographs include an additional 11 parallels, all numbered to 100 or less. 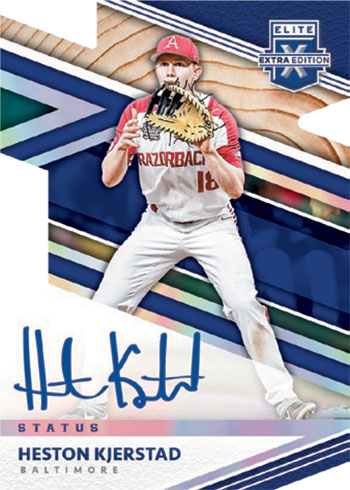 The autographs checklist expands beyond just Base Autographs. Hidden Gems is another such place. The 20-card insert set features players that might be going under the radar and worth a look. 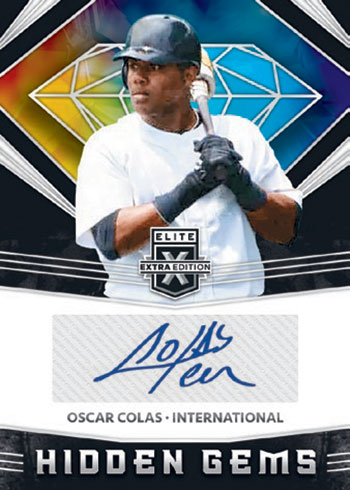 Memorabilia cards take on a variety of themes including Prospect Materials. These have seven parallels, five of which have prime swatches. 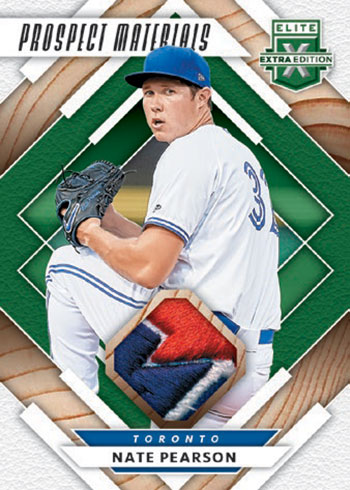 Opti-chrome inserts are two per hobby box. Among them is College Tickets, a 50-card set highlighting players from the draft. Select cards also have autographs. 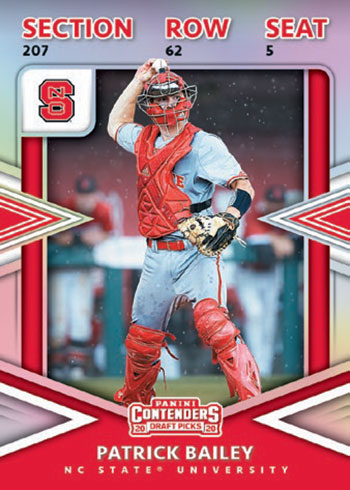 What to expect in a retail blaster box:

The full 2020 Panini Elite Extra Edition Baseball checklist and team set lists will be added as soon as they’re available, likely shortly before the set’s release.