The quarantine is doing weird things to people right now. Besides going stir crazy, many collectors appear to be spending more money on their hobbies than they did before. They have also been craving new cards since the printers were shut down for a short period of time. When they opened back up, 2020 Panini Contenders Draft Picks was ready to hit the market and collectors jumped all over it.

This year’s rookie class is also heavy with quarterbacks and wide receivers, which is what collectors look for the most when it comes to football cards. Here’s a look at some of the highest selling cards from this product.

Cracked Ice parallels are consistently some of the the most sought-after cards in any Contenders set. This one sold for over $1,200. 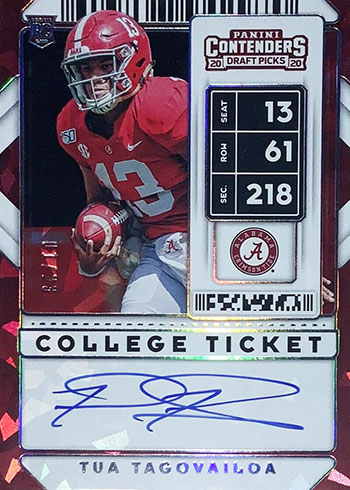 The sixth overall pick in the draft looks to be the future quarterback for the Chargers. Collectors are betting that Herbert will be successful and put up some big numbers. 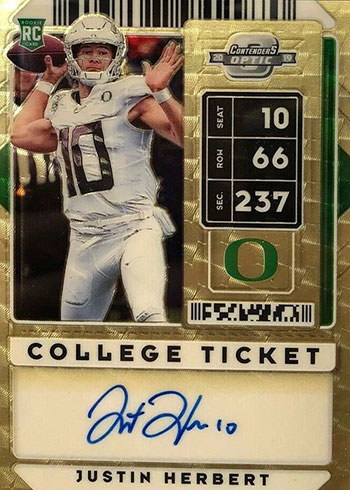 There is an entire autographed set dedicated to reigning MVP, Lamar Jackson. These cards are numbered to 25 and are selling for around $700 each. 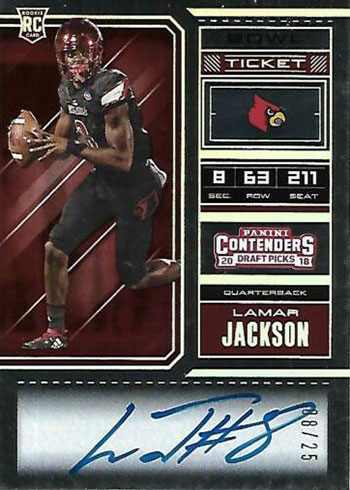