The 2020 Bowman Chrome Mega Box Variations provide something stealth to look for. Like most variation short prints, they look virtually identical to the regular prospect cards, only with a different image. 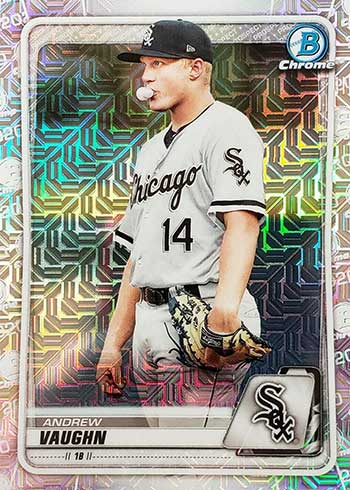 These cards, which cover some of the top players on the checklist, are also noticeably tougher to pull. They land 1:210 packs in the special 2020 Bowman Mega Boxes. There’s only two of the exclusive packs per Mega Box.

The lone parallel for the 2020 Bowman Chrome Mega Box Baseball Variations are Black versions. These one-of-ones are 1:45,007 packs. Select cards also have autographs that are 1:2,037 packs.

Confirming Variation Short Prints with the Code on the Back

Yes, you can use the card backs to confirm if you have a 2020 Bowman Chrome Mega Box Baseball Variation. Like other Topps sets, take your eyes to the end of the fine print. There, you’ll find a code. If you have a regular base card, this code ends in 835. For variations, it’s 855. Remembering this can be much easier than remembering photos. 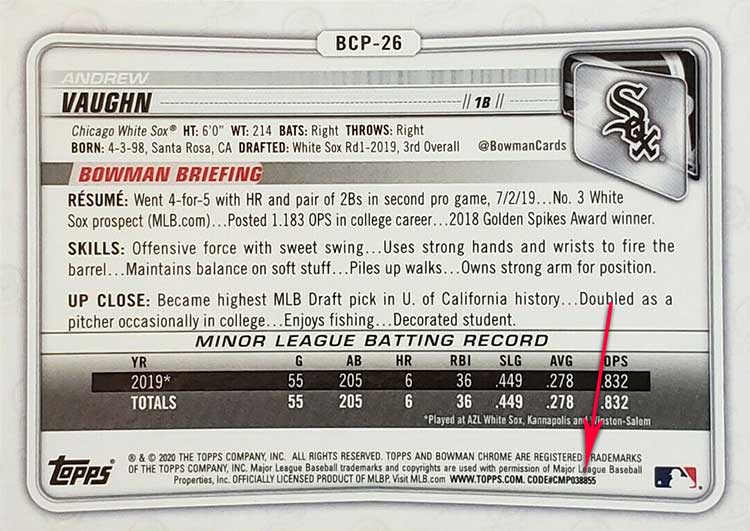 The following is a list of confirmed variations found in 2020 Bowman Chrome Mega Box packs. Topps has not released a checklist for the set yet, so this should not be considered a final list. More cards will be added as they surface. If you’re looking for a specific card, click on the links to see what’s currently available on eBay. 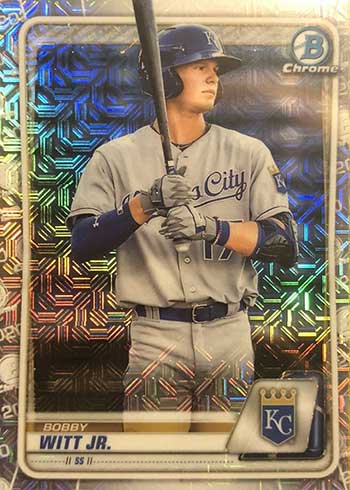 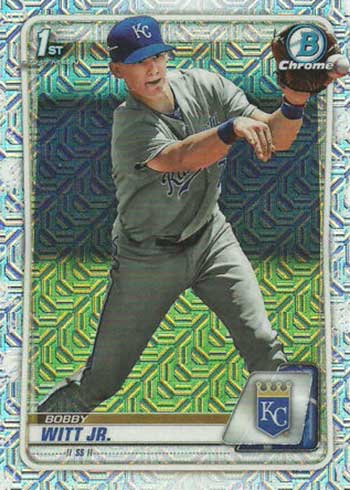 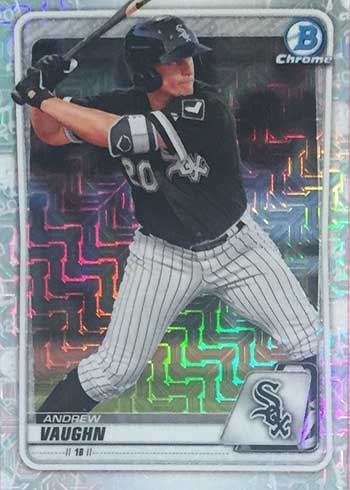 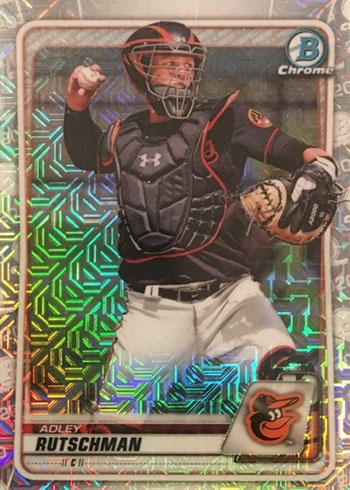 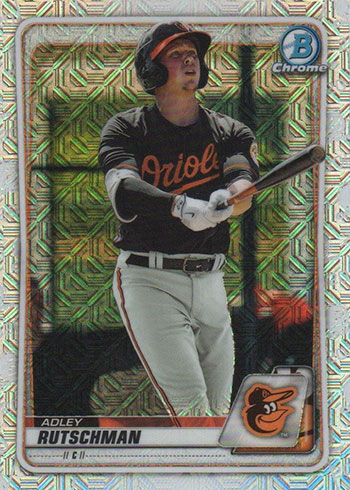 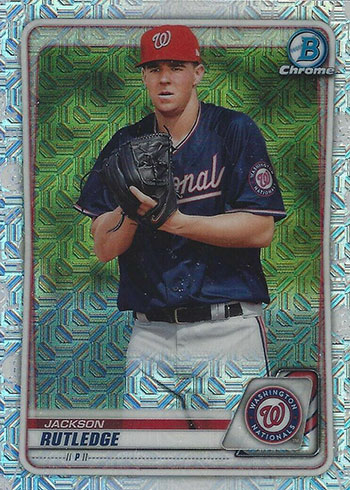 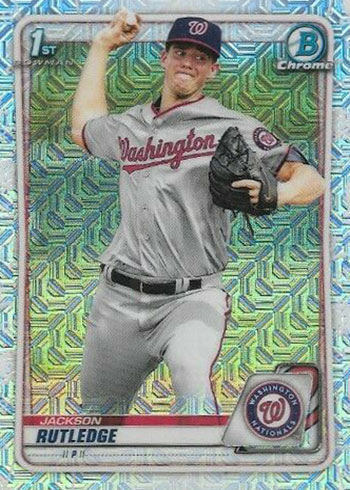 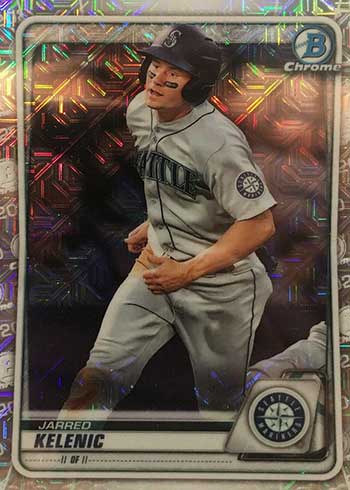 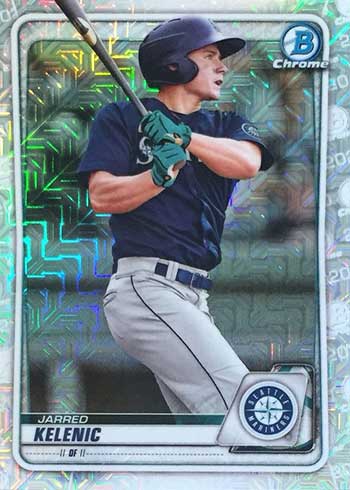 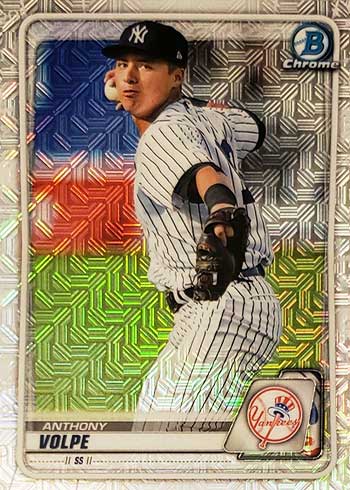 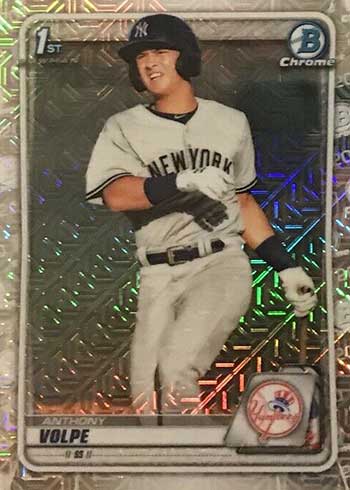 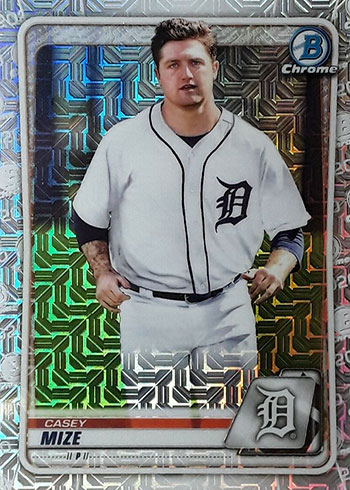 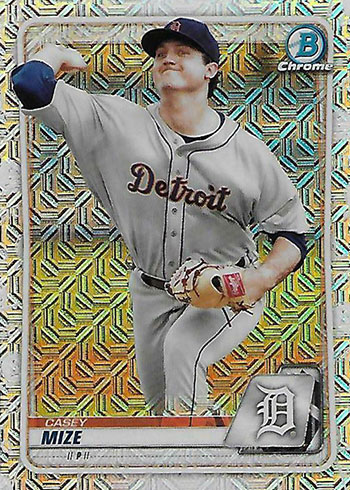 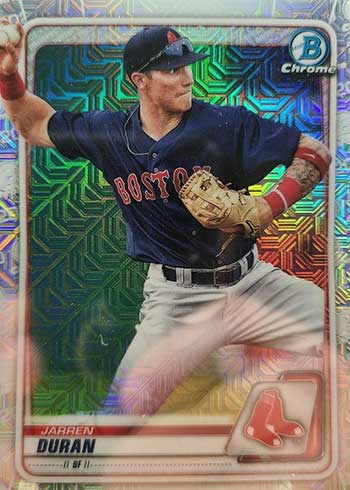 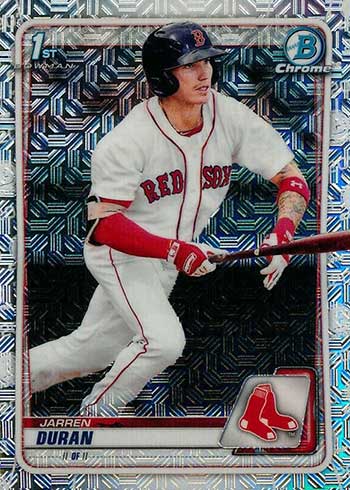 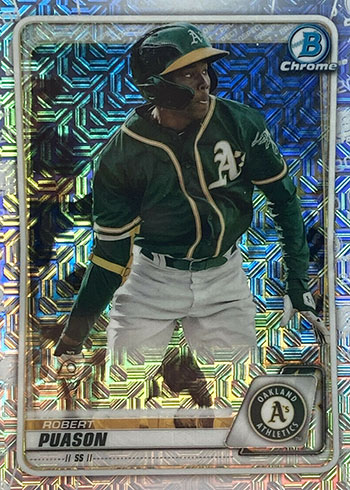 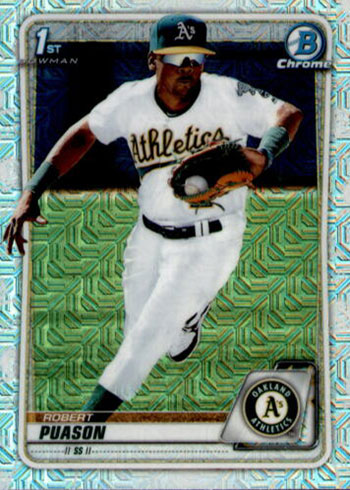 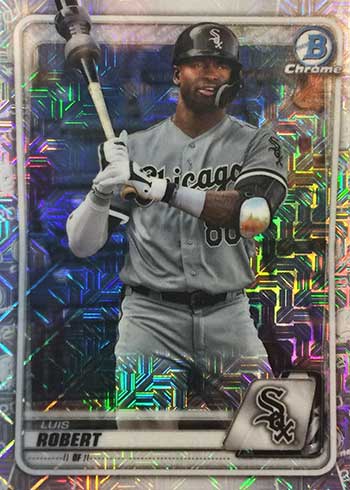 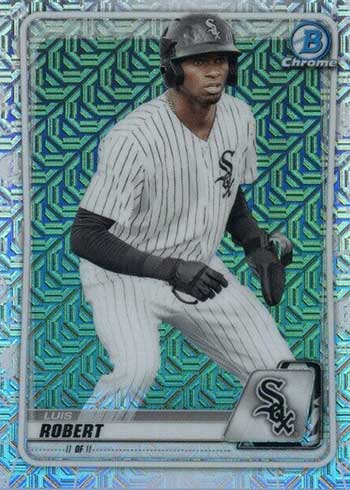