2020-21 Upper Deck Series 1 Hockey cards really get the new season going. While the checklist parts bring a lot of familiarity, there’s a refreshed look in several places filled with bright colors. One of those spots? The cornerstone Young Guns Rookie Cards.

The base set has the usual 250 cards. Veterans take up the first 200 spots on the checklist. This includes two checklist. Young Guns, which are 1:4 hobby packs, bring the rookie content. A total of 49 players plus another checklist appear here. 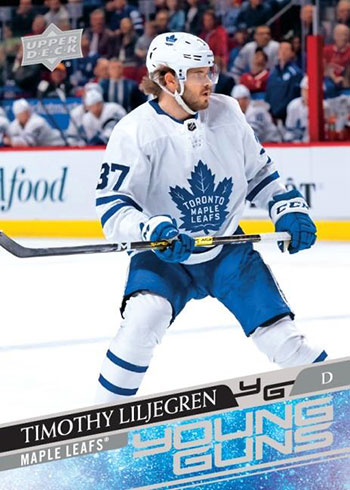 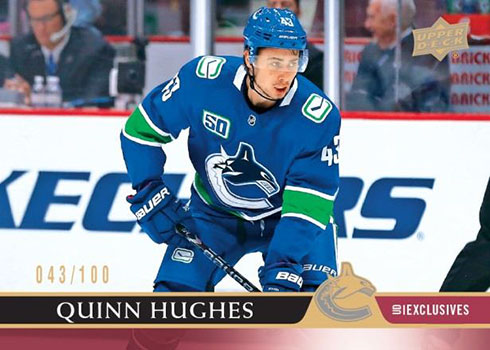 Series 1 has a sizeable insert lineup. This includes another installment of UD Canvas. Somewhere between a parallel set and a traditional chase set, these come with an adjusted design and card stock and an expansive checklist. Veterans are 1:7 packs while Young Guns are every other hobby box. Exclusive to hobby are some tough UD Canvas Autographs that are numbered to the player’s jersey number. Signatures on these are also on-card. 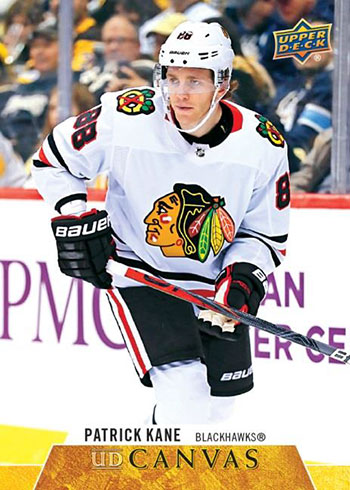 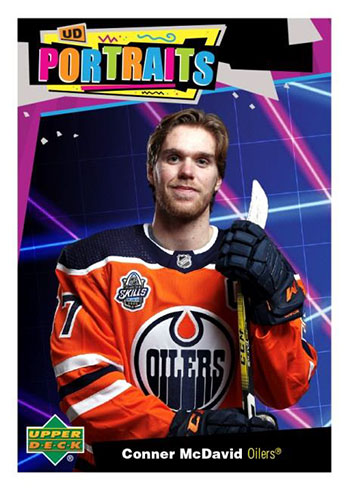 Another place that reflects on the previous year’s first-year players is Rookie Retrospective (1:27). Like Debut Dates, these also have Jersey (1:432) and Patch (/9) spins.

2020-21 Upper Deck Series 1 Hockey has some other new inserts. Predominant (1:12) uses black and white backgrounds and an elegant design to put forth stars in full color. These also have Gold (1:260) parallels. NHL Worldwide centers on the global aspect of where players come from with a flag dominating the background. Die-cut (1:270) parallels are also available. 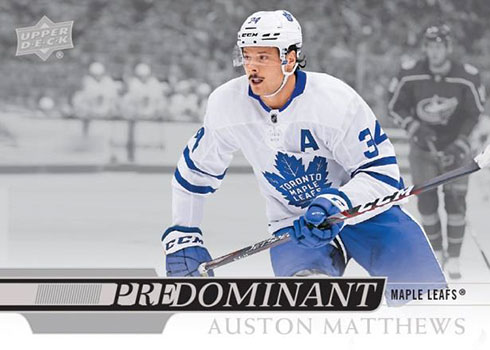 Dazzlers is another place on the checklist where bright colors shine. These have base Blue (1:24) and Pink (1:144) versions. Orange parallels are only in tins (1:10 packs). 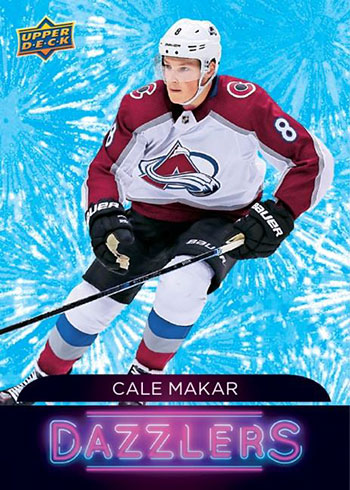 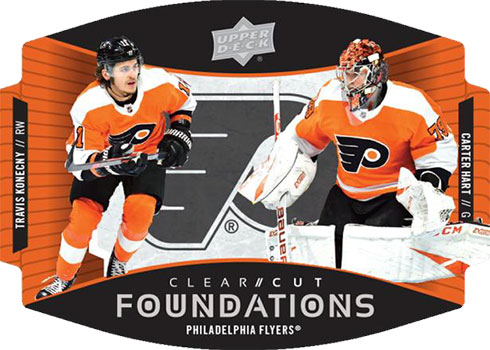 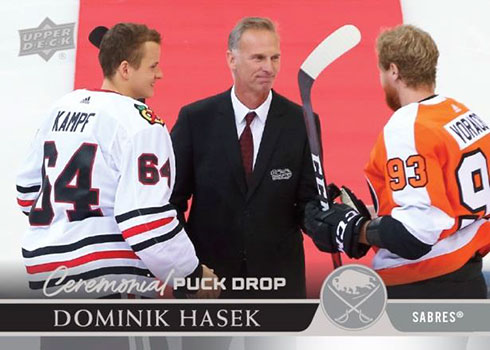 Hits aren’t a huge focal point in the product. Even though they’re not a promise in every hobby box, they are out there with some regularity. UD Game Jersey return. At 1:36 hobby packs, they’re the easiest memorabilia cards to pull. Patch parallels are numbered to 15. 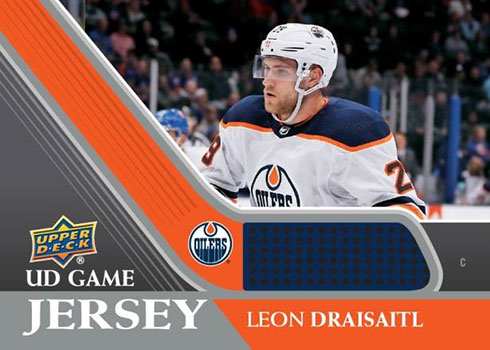 Additional autographs are in Signature Sensations (1:276).

Hobby boxes aren’t the only way to get 2020-21 Upper Deck Series 1 Hockey cards. It has a variety of configurations including the return of tins. These have nine packs plus a pack of three exclusive O-Pee-Chee Glossy Rookies.

The full 2020-21 Upper Deck Series 1 Hockey checklist and team set lists will be posted as soon as they’re available, likely shortly before the set comes out.