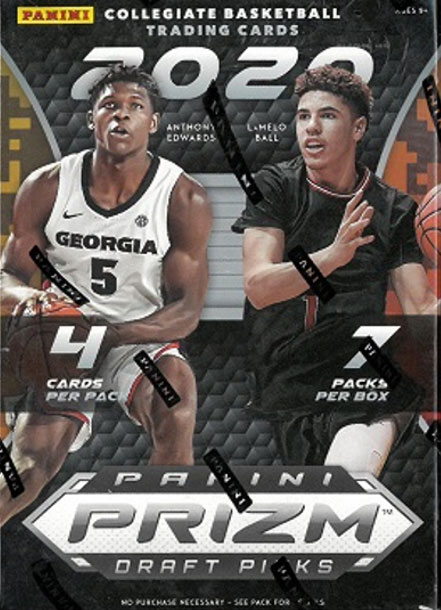 These have seven packs with four cards per pack, with a chance at pulling autographs and rare Downtown inserts. Blaster exclusives include Purple Wave and Green Pulsar Prizm parallels.

Out of the 14 packs, 10 green Prizms emerged . Every pack that didn’t contain a different colored Prizm had a Green, so these appear to be the “common” insert pull of the set. A decent array of players in this bunch, including lottery picks Avdija, Haliburton, and Lewis Jr., along with the Ball and Toppin Crusades. 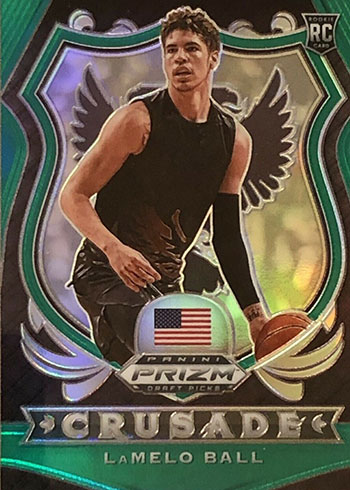 Silvers hit at one per box. I got nothing earth shattering, with the Haliburton trending in the $4-$10 price range. 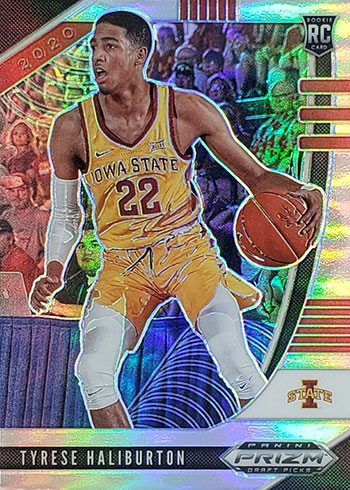 Purple Waves also hit at one per box. If this is the ongoing trend, these would be easier hits than the Purple Wave Prizms from 2019-20 Panini Prizm Basketball blaster boxes. The Pac 12 is represented here with Nnaji and Prichard, who has seen sales of up to $10. 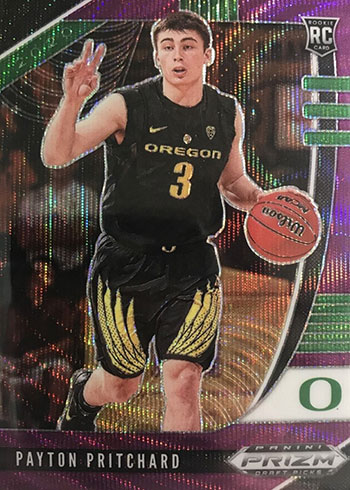 Overall, these two boxes produced what a collector would typically expect. No autograph is not surprising, as they are tough pulls at retail. The lack of a Green Pulsar Prizm is standard as well as they are serial-numbered to 25.

Busting a box will surely whet collectors’ appetites for what’s to come. The challenge, of course, continues to be finding one in stock at the local retailer