It’s probably too soon to call someone who just finished their rookie season a legend. But all legends and would-be legends need an origin story. That’s a central focus of 2019 Topps x Vlad Jr. – The Legend, a collaboration between the card maker and Vladimir Guerrero Jr. 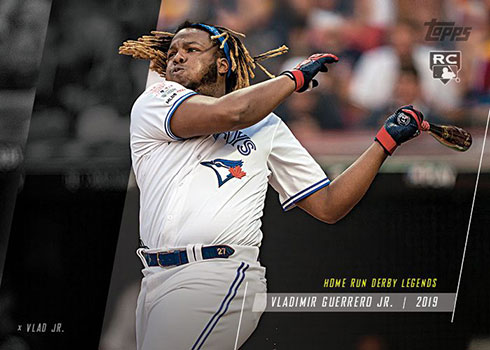 Like other sets done in partnership with the likes of Bryce Harper and Francisco Lindor, this set is more than just attaching a name. Guerrero Jr. had a hand in selecting the designs, players and overall theme. Of course, he takes center stage on many aspects of the checklist as well.

Available in both standard and Collector versions, the foundation of 2019 Topps x Vlad Jr. – The Legend is the 40-card base set. It’s broken up into four sections, all of which revolve around Guerrero’s first season in the majors or his baseball roots. Each subset comes with its own design. 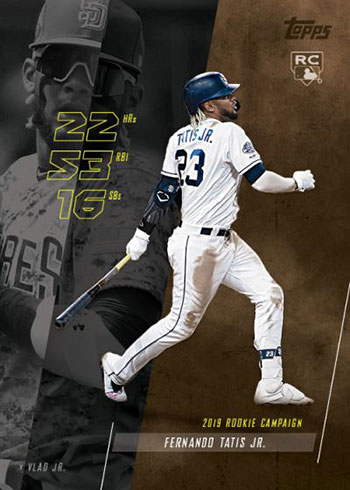 With the display he put on at the Home Run Derby, it shouldn’t be a surprise that the event is part of another subset, Home Run Derby Legends. These ten cards look at some of the most notable performances over the years. 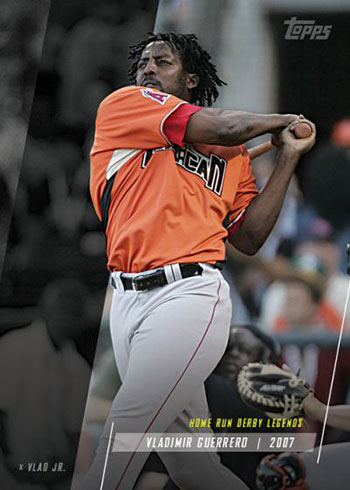 Friends/Favorites has some of the players Guerrero knows personally as well as some that he admires.

Standard versions of the set include just the base set. Collector sets have the full set plus an autograph or memorabilia card plus a parallel numbered to 10 or less. 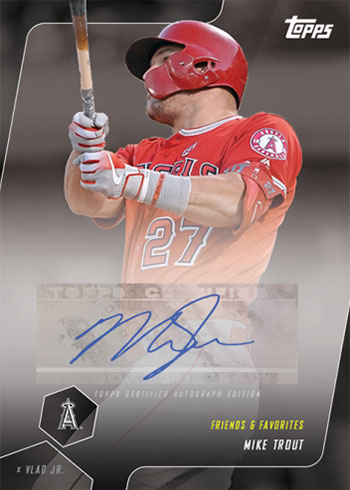 He’s also the only player with a memorabilia card (1:5.3 Collector sets).

Sets are available on the Topps website for three weeks starting November 21. Premium sets could sell out sooner. 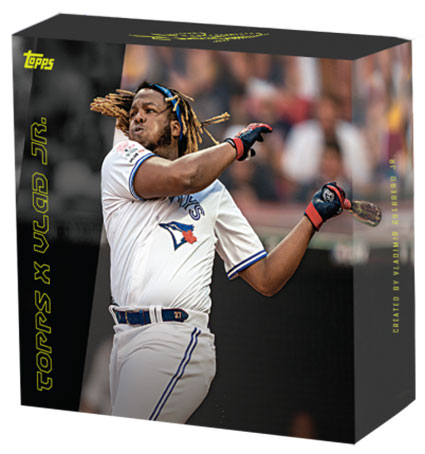 What to expect in a Collector box: