The road to WrestleMania 35 is heading to an unusual place. 2019 Topps WWE x Garbage Pail Kids makes a tag team out of two familiar trading card lines. More than a dozen WWE Superstars past and present get a GPK makeover in the online-exclusive mini set. 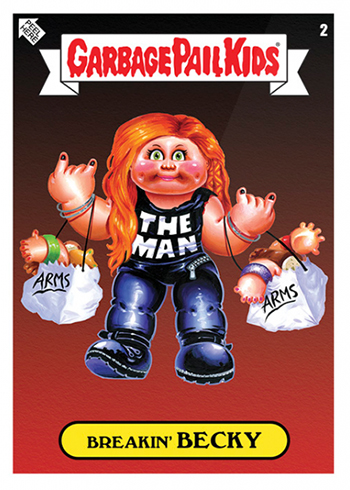 Available through the Topps website, the full set has 13 sticker cards at a cost of $24.99. It’s available through April 9, a couple of days after WrestleMania. Print runs will be determined after the sales window ends. 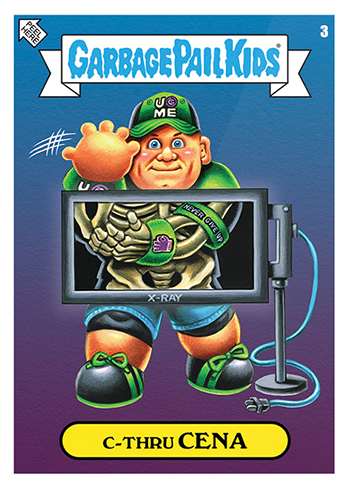 Becky Lynch, Ronda Rousey and Seth Rollins are among the current names. Legends include “Macho Man” Randy Savage, Andre the Giant and the Undertaker.

2019 Topps WWE x Garbage Pail Kids have some tie-in shirts as well. Some are exclusive to the WWE online shop while others will be available at Spencer’s stores. 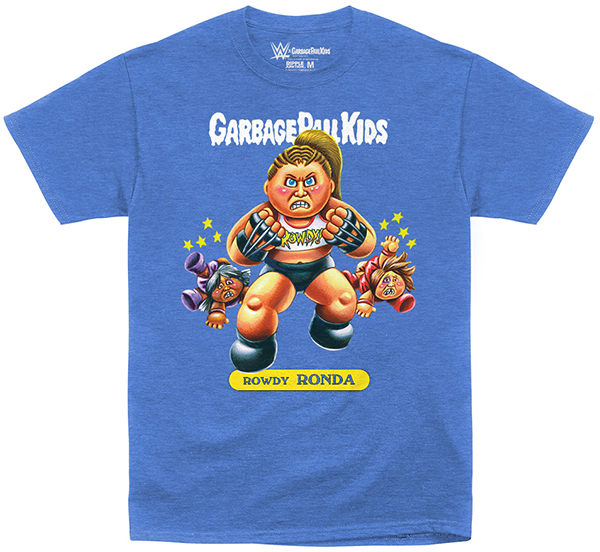 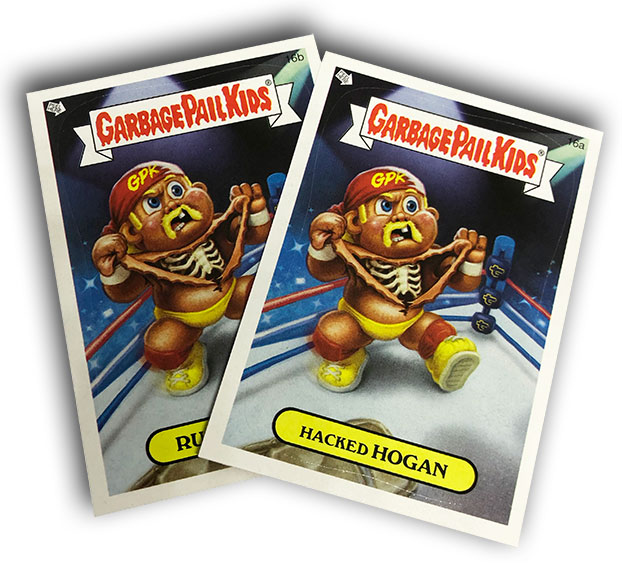 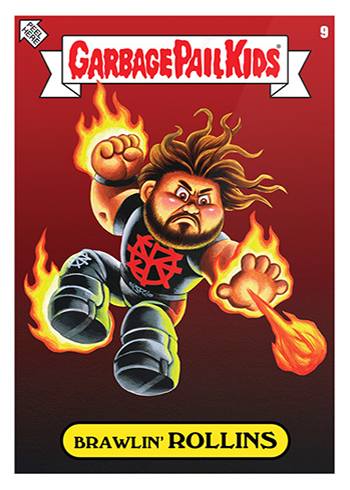