First, they came with our underwear. Now, it’s socks. 2019 Topps PKWY Baseball cards are exclusive to specially marked pairs of MLB-licensed socks made by PKWY.

Similar to the recent promo set included in Utz products, the cards are virtually the same as the 2019 Topps Baseball set. The only major difference is the addition of the PKWY logo on the front. 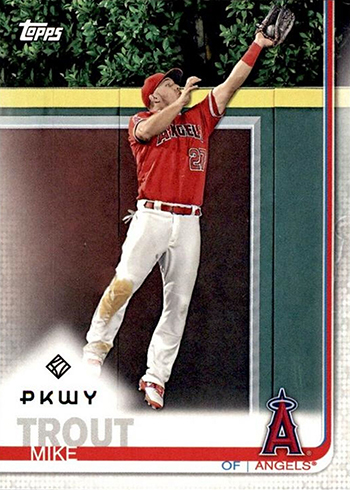 Images are the same as the ones used for the flagship set. This means that Paul Goldschmidt is still a member of the Arizona Diamondbacks despite an off-season trade to St. Louis.

Card backs drop stats in favor of details on the promotion. 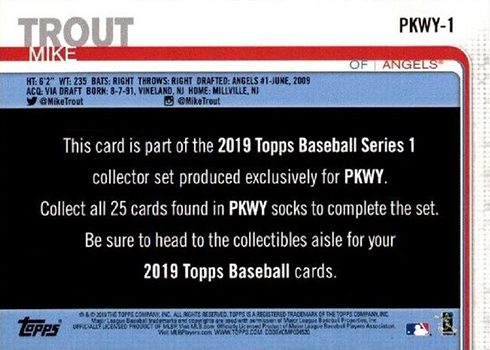 The 2019 Topps PKWY Baseball checklist has a total of 25 cards. Understandably, it focuses on top stars like Mike Trout, Mookie Betts and Aaron Judge.

Specially marked socks can be found in stores as well as online through various retailers such as Target. Socks with the baseball cards are noted on the front of the package. 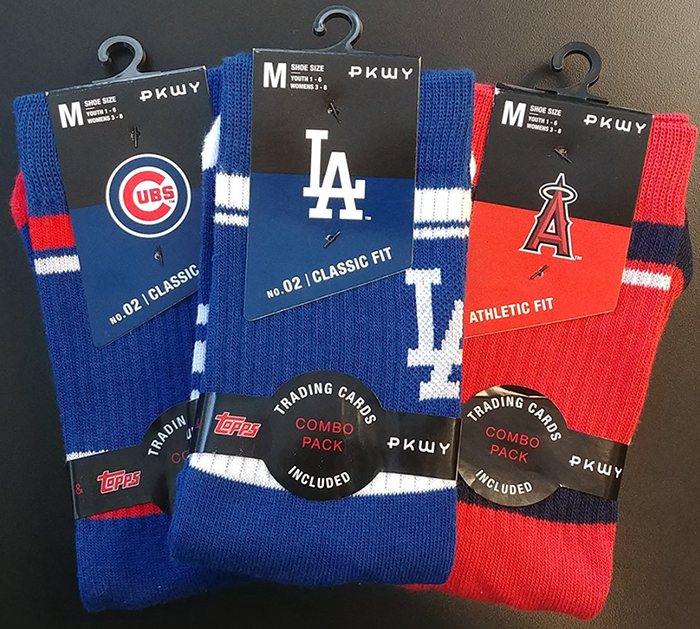 And while they don’t appear to be overly common, for those who can’t find socks locally or have no interest in them, cards can also be found on eBay. 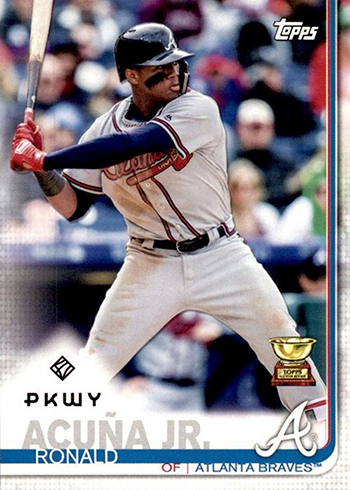