If you follow Gary Vaynerchuk (aka Garry Vee) on Twitter, Instagram, YouTube or any other social media, you’ve probably heard him talking a lot about collecting. Over the past year, a lot of that has been centered on sports cards. Now, in a collaboration with Topps, there are Garry Vee baseball cards.  Gary Vee’s Top Entrepreneurs in Baseball is a surprise insert set in 2019 Topps Series 2 Baseball.

Left off the checklist put out by Topps, the set has ten baseball cards. Current players and retired stars are both included. Rather than game highlights, the cards spotlight their business ventures outside of the game.

The design finds its roots in 1959 Topps Baseball, however with the new set name and Vaynerchuk’s portrait splashed across the top. 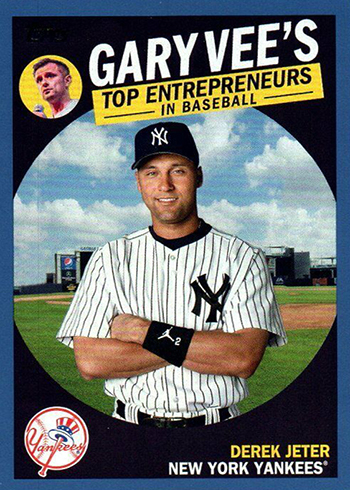 Backs get a “Gary Says” treatment along with a blurb on the players’ business acumen. 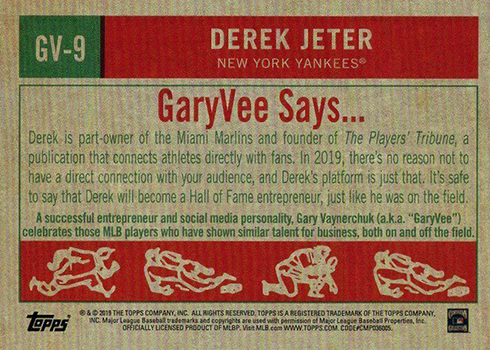 Gary Vee’s Top Entrepreneurs in Baseball inserts land 1:18 hobby and hobby jumbo packs (retail is not yet known). On top of the base versions, there are six additional parallels: Blue, Black, Gold, 150th Anniversary, Red and Platinum.

A small number of dual autographs are also available. These are tough, falling 1:53,533 hobby and 1:3,253 hobby jumbo packs.

Vaynerchuk posted a video opening some packs and talking about the cards on Twitter (caution: some strong language comparable to Billy Ripken’s bat knob).

Bradley Chubb Talks About Being a Rookie, ...