Three late rookie additions to 2019 Topps Big League Baseball are short prints. Pete Alonso, Fernando Tatis Jr. and Eloy Jimenez are noticeably tougher to pull than other base cards. But at the same time, they’re not going to be super tough to find, either. 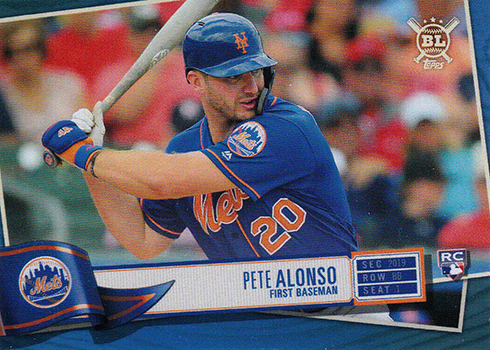 “They are short printed compared to the base set, but they aren’t difficult to find,” said Topps’ Susan Lulgjuraj.

This makes all three short print variations as they share checklist spots with other players. Tatis Jr. is #6 along with Kevin Gausman. Alonso and Matt Carpenter are both #20. Further down the checklist, Jimenez and Buster Posey share #74.

Although the base versions of the rookies’ 2019 Topps Big League cards are short prints, they still have parallels. This is similar to the 2019 Bowman Bryce Harper. The regular card is a short print but all of the parallels fall in line with the rest of the set.

So how tough are the 2019 Topps Big League Pete Alonso, Fernando Tatis Jr. and Eloy Jimenez cards? Based on what’s being found thus far, it appears as though you’ll probably find at least a couple of copies of each in every case. So noticeably harder but not rare. 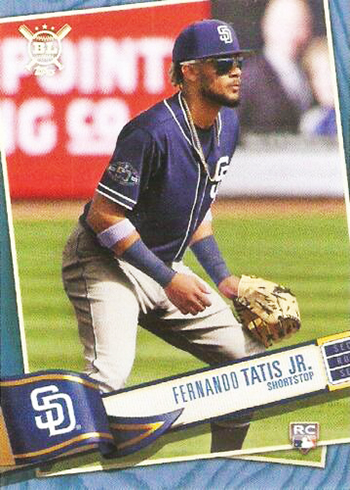 This is the first pack-based MLB set to have regular cards of all three players. The trio made their big league debuts at the start of the season.