2019 Rittenhouse Twin Peaks Archives trading cards are the followup to the company’s set from the previous year. Covering both the original series and the revival, it has some familiar elements as well as some new ones.

Autographs are the central chase element once again, landing two per box. But there are a few different types available including ones with inscriptions as well as new dual autograph combinations.

Twin Peaks Archives has several other inserts as well.

The base set has a total of 72 cards. Rather than recapping key plot points, the set focuses on the characters and the many layers of relationships.

Autographs come in three different types. First up are the traditional autographs, which have a signature from one of the show’s actors. 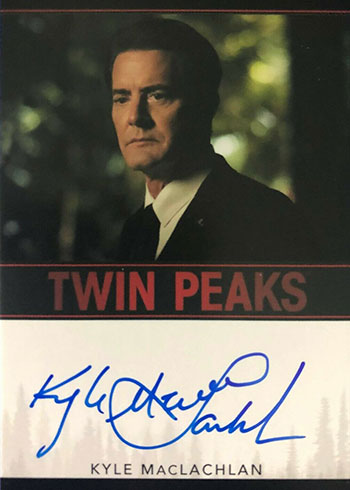 Inscription Autographs add a little extra in the form of a new to go with the signature. This might be a memorable quote, their character’s name or something else that gives the card a more personalized tough.

Finally, Dual Autographs return with a pair of signatures. Sherilyn Fenn (Audrey Horne) and Billy Zane (John Justice Wheeler) are among the pairs.

Other signers in the set include Kyle MacLachlan, Richard Beymer, Sheryl Lee and Michael Ontkean.

2019 Rittenhouse Twin Peaks Archives has plenty of other inserts.

Relationship cards center on the Limited Event revival series. These are relatively easy to pull at 1:8 packs. However, with 45 cards in the set, finishing it will be a bit of a challenge.

Original Stars of Twin Peaks has a total of 27 cards with two in each hobby box. 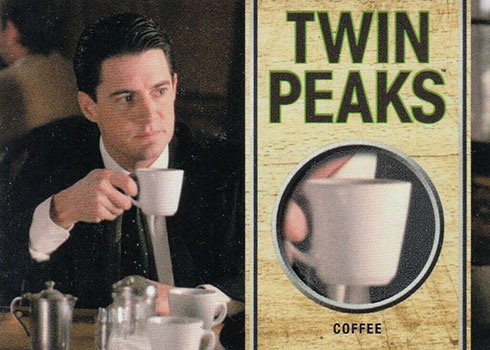 Rounding out the inserts are Twin Peaks Sheriff’s Department Patches (seven cards, 1:288 packs) and special Casino Chip cards. The chips in the cards are in tact.

As per usual for Rittenhouse, there are some extra cards available to those ordering multiple cases from the company. It starts with a nine-case incentive Dual Autograph signed by Madchen Amick and the late Peggy Lipton. 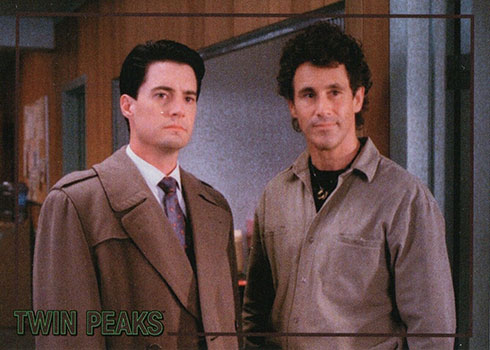 Printing Plates – 1/1 (each has Black, Cyan, Magenta and Yellow versions; matching set in each Archive Box)

All autographs combine to land 1:12 packs. 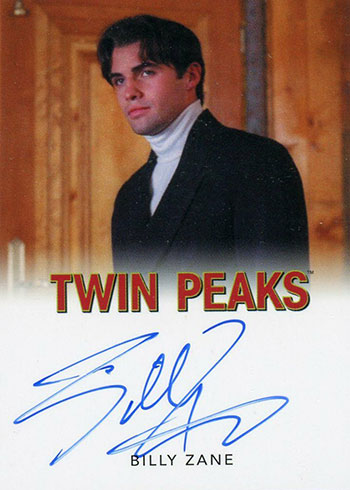 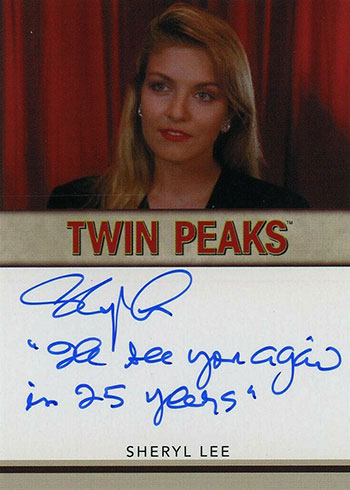 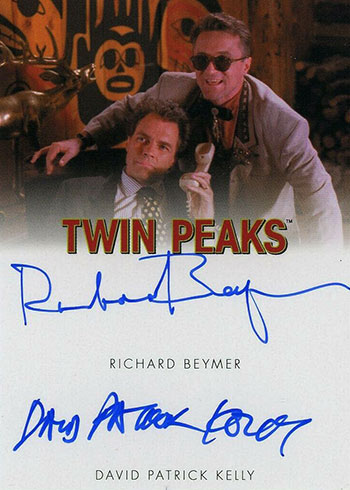 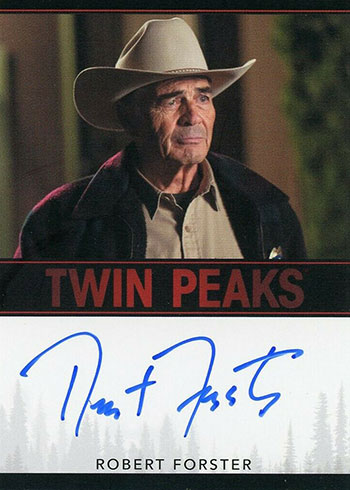 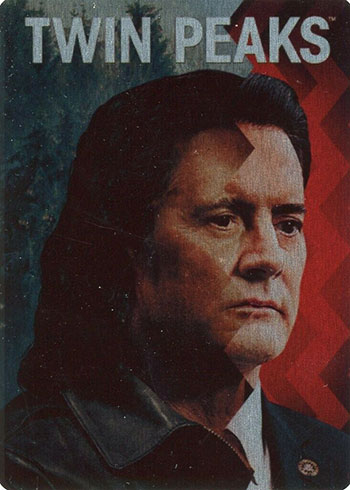 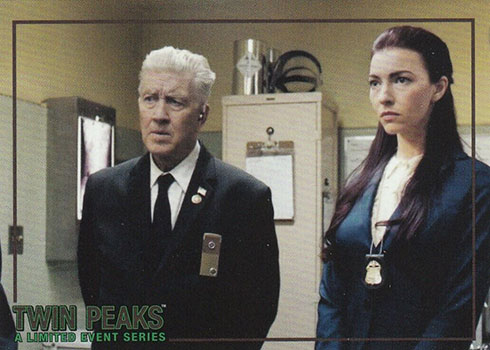 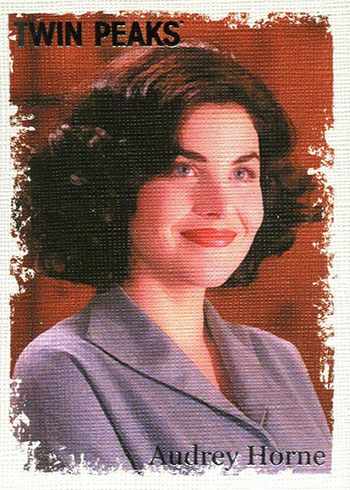 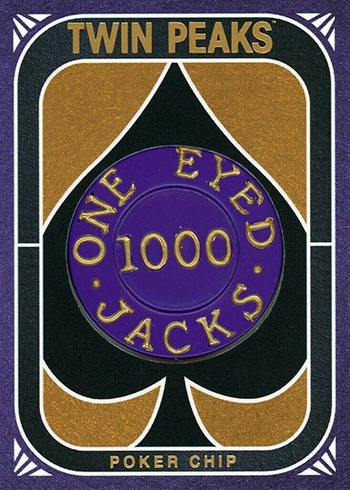 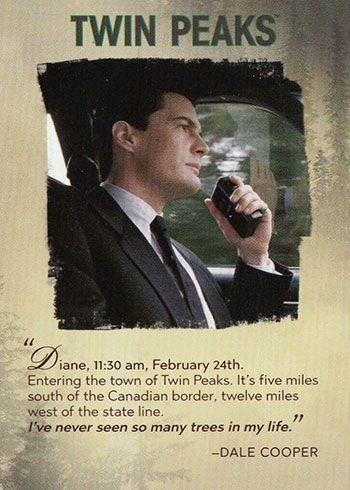 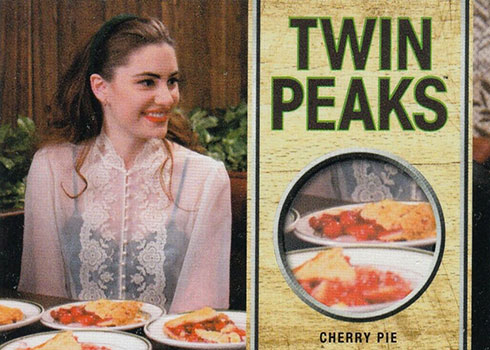 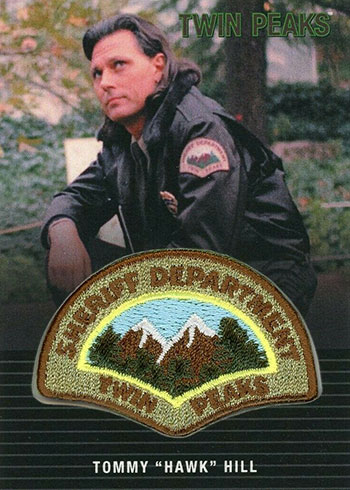 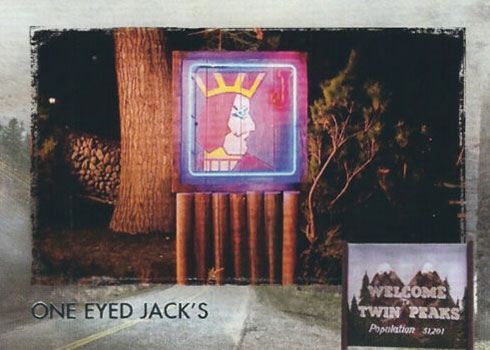 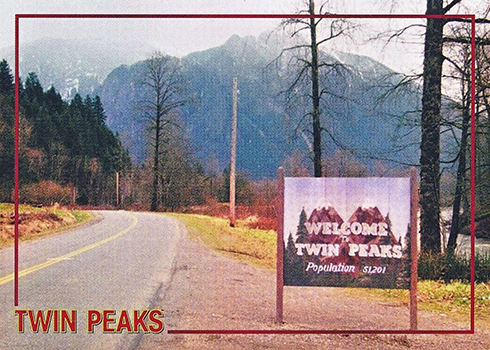 Exclusives Among the Hobby Highlights at 2019 ...