2019 Panini Instant Draft Night gave collectors the first chance to buy official Zion Williamson cards. And the print-on-demand card sold a lot of copies — 17,281 to be exact for the base version of the card. However, as collectors are receiving their cards, some got a surprise — a much more rare variation. 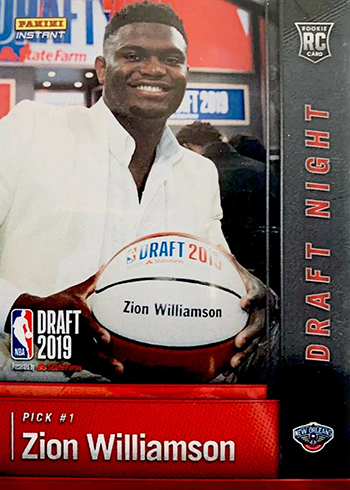 Instead of over 17,000 copies, the 2019 Panini Instant Draft Night Zion Williamson has a print run of 100. The print run is on the back of the card. Panini officials did confirm that they were sent randomly to those ordering the main card. There was no mention of potential variations while the cards were up for sale on Panini’s website.

The most obvious difference on the variation is the photo on the front. Instead of shaking hands with NBA commissioner Adam Silver, the variation has Williamson holding a basketball. The card number on the back is DN-ZW2. 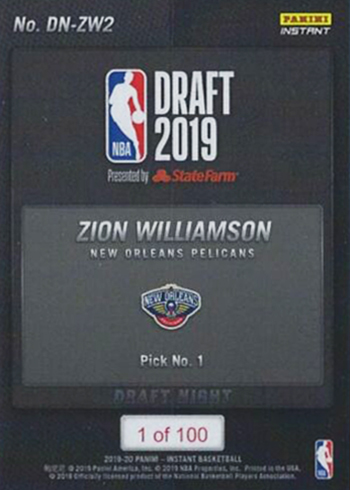 A handful of the variations have made their way to eBay with a couple selling in the $150 range already and up. The more plentiful regular version can currently be found for under $20. 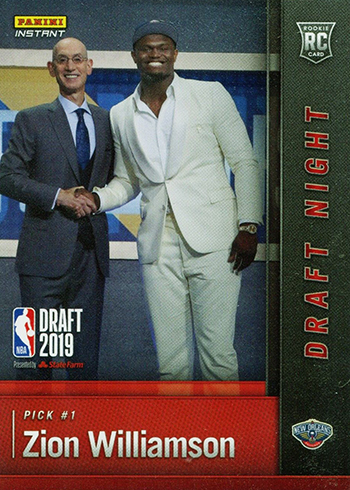 For those looking for more Zion Williamson cards, he’s in Panini’s 2019 National Convention promo set as well. There should be a lot more opportunities to land cards of the Pelicans rookie in the months ahead once the 2019-20 basketball card season kicks into full swing.