2019-20 Upper Deck Stature Hockey marks another brand debut for the season. This time around, rainbow foil is the anchor, providing a colorful backdrop for inserts, autographs, parallels all corners of the checklist.

Hobby boxes are single-pack affairs. Each has eight cards. While one autograph is promised, there’s also the possibility for a second. 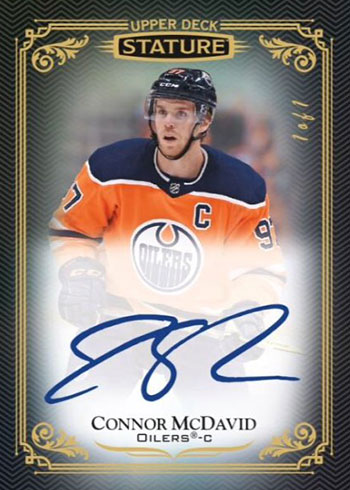 The main set arrives with 200 total cards. The first half is veterans (75 cards) and retired greats (25 cards). The checklist also has 100 rookies, each numbered to 399. 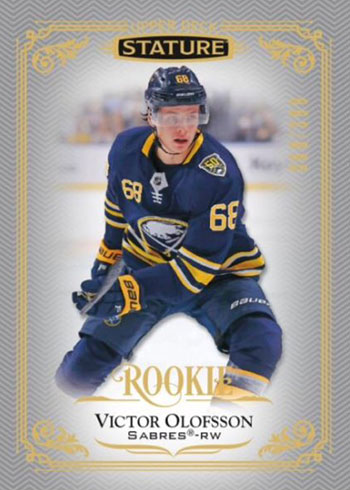 Veterans and legends combine to land two per box. Rookies are one per box, sometimes two.

Parallels, which are at least two per box, are a mix of colors, autographs and autograph patches. 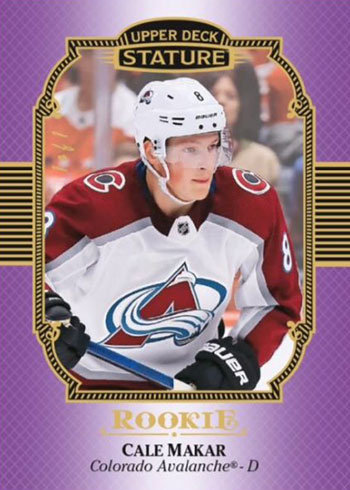 2019-20 Upper Deck Stature Hockey has three additional insert sets. And like that base set, parallels play a role in the checklist’s expansion.

Rookie Reliance are the most common, falling every other pack. A total of 50 first-year players appear. The veteran-focused Esteemed and retired-only Century Momentous each have 25 cards and land 1:4 packs. 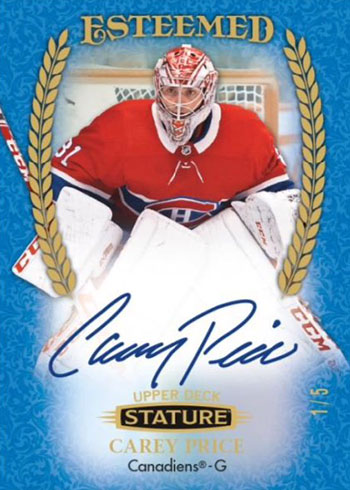 Select cards in each also have signature versions. Rookie Reliance Autographs are the most common at 1:6 packs. Century Momentous (1:50) and Esteemed (1:60) are both tough hits. Additional autograph parallels in all three can be found in Green, Red, Blue, Black, and Patch Autographs. All parallel autographs are numbered to 49 or less. 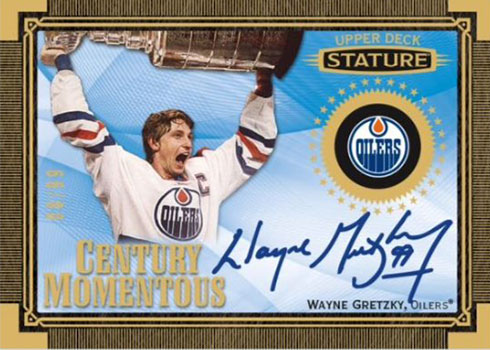 The full 2019-20 Upper Deck Stature Hockey checklist and team set lists will be posted as soon as they’re available, likely shortly before the set comes out.