2019-20 Upper Deck Ice Hockey isn’t exactly the same as it has been in the past, but the main components are still there. The big one — the set’s acetate foundation — remains. So, too, does the promise of all autographs being on-card.

Hobby boxes come with five packs of five cards. Box hits include one autograph, either a memorabilia or Exquisite Collection card, a handful of inserts and parallels and two Ice Premieres Rookie Cards.

The base set comes in a couple of parts. The plastic-style designs remain throughout. The shell set features a variety of veterans. 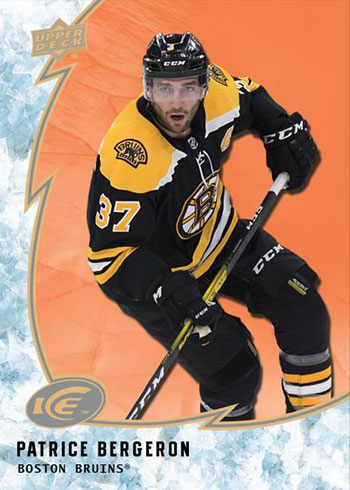 Rookie Cards stick with the Ice Premieres theme. Also hanging around are the multiple tiers of cards players fall under:

These combine to land two per box. Like veterans, Jersey versions are available, falling 1:12 packs. Black parallels are one-of-ones. 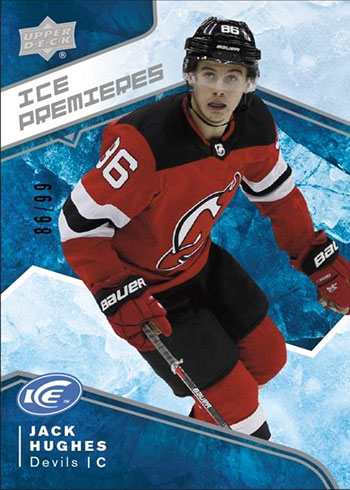 Autographs in 2019-20 Upper Deck Ice Hockey come in a variety of themes.

Under the Glass Signatures use a layered shadow box design. Rookies are 1:200 packs. Veterans are a little tougher at 1:220. Both have Red parallels numbered to 5. 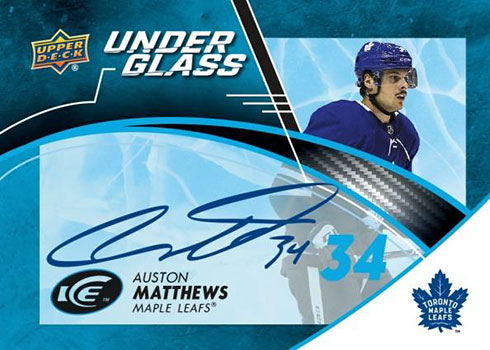 Ice Buckets also have separate checklists for first-year players and vets. Rookies have either 199 or 99 copies each. For everyone else, Tier 1 cards are numbered to 99 while Tier 2 have 25 copies.

Fire and Ice are separate but complimentary autograph inserts. Odds for both are 1:120 packs. 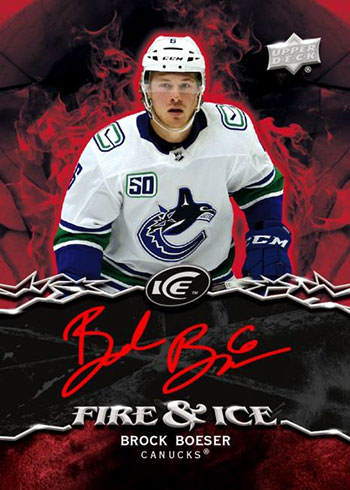 Sub Zero inserts combine to land one per hobby box. Rookies are numbered to 999. Stars don’t get serial numbers. Rather, they’re 1:20 packs. Gold parallels are tough with 24 copies for first-year players and eight for veterans. There are also Rookie Variants, which fall 1:240 packs. 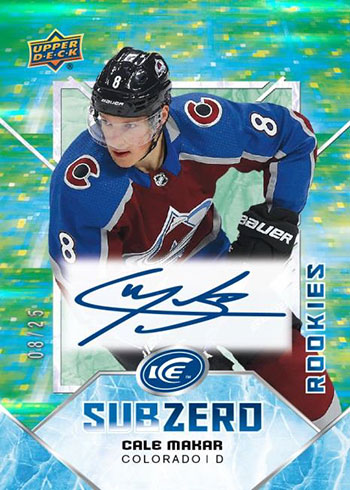 Another Round of 2019-20 Upper Deck Exquisite Hockey

2019-20 Upper Deck Exquisite gets a second installment of cards here, following their debut in Black Diamond. These come in a few forms.

A pair of Exquisite Rookie Autograph Patch designs from the past get the Tribute treatment in 2019-20 Ice. First up is the landmark 2003-04, which are numbered to 25. 2009-10 cards have 99 copies each. Both designs also have tougher Gold and Black (1/1) parallels. 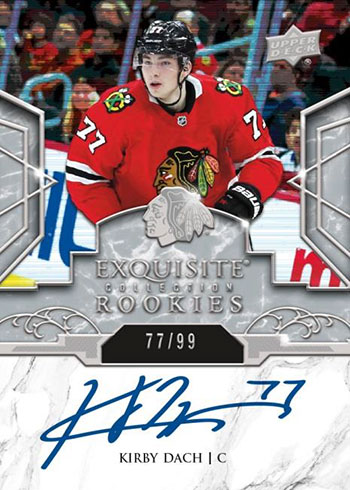 It’s not just rookies with Exquisite cards in Ice. Exquisite Signatures and Exquisite Material Signatures cards are also inserted along with corresponding parallels in Gold (/5) and Black (1/1). 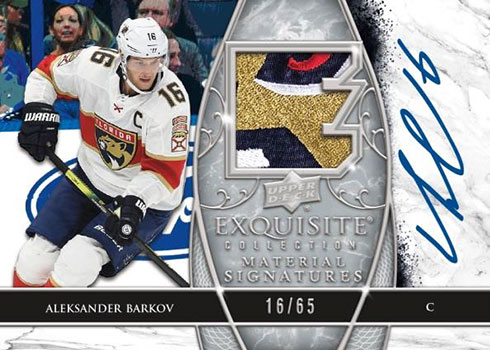