2019-20 Upper Deck Engrained Hockey uses wood as a central theme. More specifically, it looks to the hockey stick as a form of inspirations. While the memorabilia cards are the obvious offshoot, it goes beyond that. All facets of the checklist integrate the idea, similar to how UD Ice does with acetate.

Engrained leans towards the high-end with single-pack boxes. Of the six cards found in each, three are hits. Boxes also have a pair of base cards or parallels and one insert or additional parallels.

The main set has three sections. Veterans fall under Stars, retired players are Legends and rookies are, well, Rookies. No matter the section, individual cards are numbered to 299 and done to have an oak look. Each box has one of the Rookies and either a Stars or Legends card. These can be either the base form or one of the parallels. 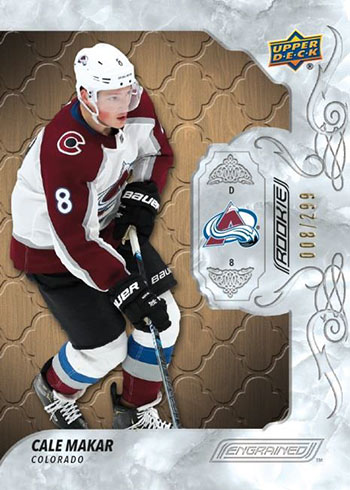 Of the three hits in each box, one falls under the Signature Shots banner. The signing area on these are either manufactured carbon fiber or wood. In addition to the main versions, Star and Legends have Red Ink (/10) and Gold Ink (1/1) parallels.

Rookie Signatures Shots have either 249 or 149 copies, depending on the player. From there, print runs for Red Ink parallels drop to 99 or 35. Gold Ink cards are one-of-ones. 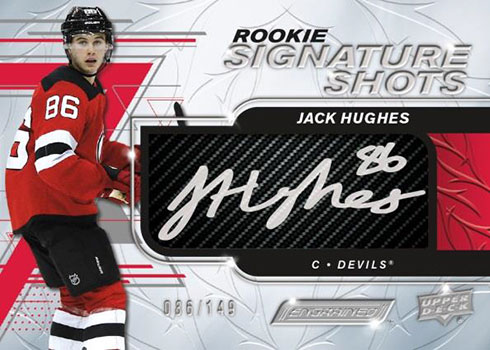 Remnants has a checklist of 100 cards, each with a piece of memorabilia. These have a couple of parallels including one with autographs. 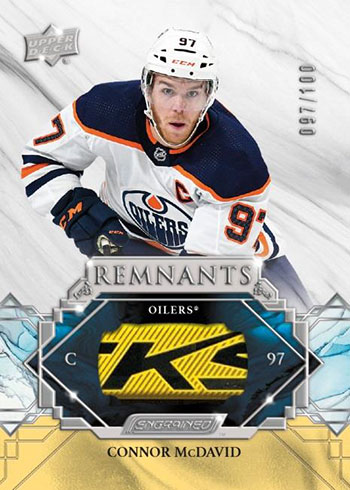 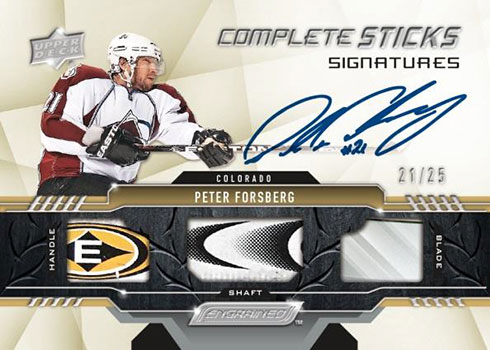 2019-20 Engrained Hockey has a pair of one-of-a-kind inserts. Distinguishing Marks have personalized pieces of sticks done by the players. 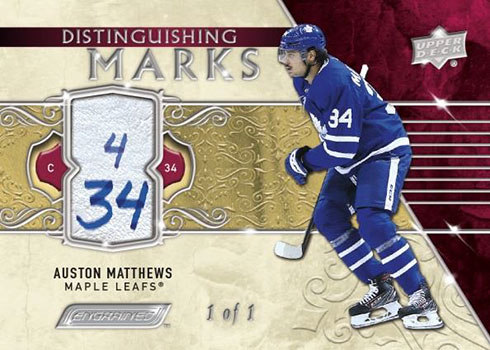 Dual Stick Nameplates take from the name portion from two sticks. A total of 15 pairings are on the checklist. 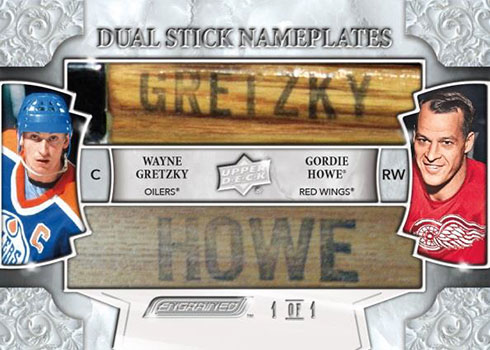 Synthesis (1:2) returns for a second year. This 50-card insert set mimics the look and feel of current stick technology. Parallels include Blue (/99), Autographs (1:5) and Gold Autographs. 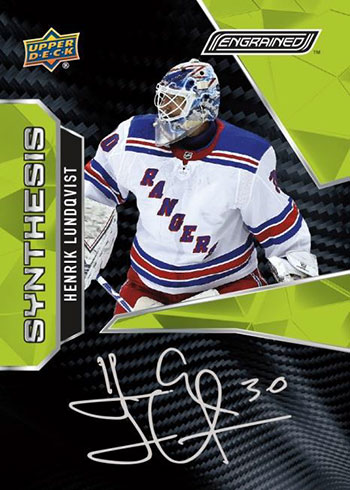 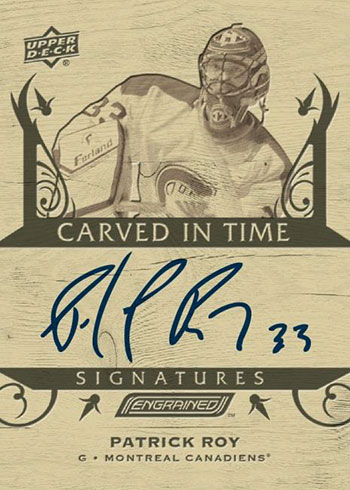 Signature Flexures (1:12) and Honorary Engravings (/100) are also part of the checklist.

The full 2019-20 Engrained Hockey checklist and team set lists will be added as soon as they’re available, likely shortly before the set’s release.