2019-20 SP Game Used Hockey cards go primarily for the hits. Four of the six cards in each box are autographs, memorabilia cards or a combination of the two. And of those, Upper Deck promises that one will come from a premium part of the checklist.

Outside of the relics, one of the defining features of SP Game Used has become the base cards. They rank among the toughest in the hobby, each numbered to the player’s jersey number. Like 2018-19, the checklist has 200 cards that’s split evenly between vets and the Authentic Rookie subset. 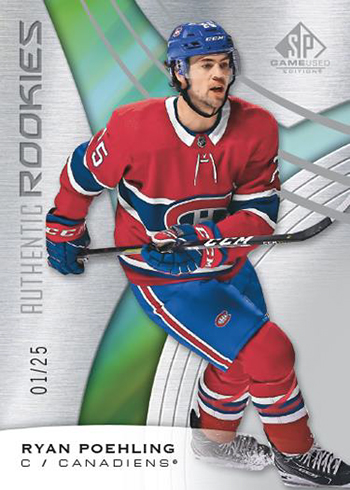 Parallel colors are similar for both parts of the base set, but the way they’re structured is a little different. For current players, there’s Orange Rainbow (/100 plus the number of year’s they’ve been in the NHL), Rainbow (/275), Black Rainbow (/5) and Green Snow Storm (1/1).

One-of-one Printing Plates are also available for all base cards.

Beyond these, the base set is a launching pad for some of 2019-20 SP Game Used Hockey’s autographs and memorabilia cards.

On the vet side, these include:

Signature and memorabilia versions for rookies come in:

As has been the case for several years now, SP Game Used delves into several of the NHL’s special events and showcase games for some of its memorabilia content. 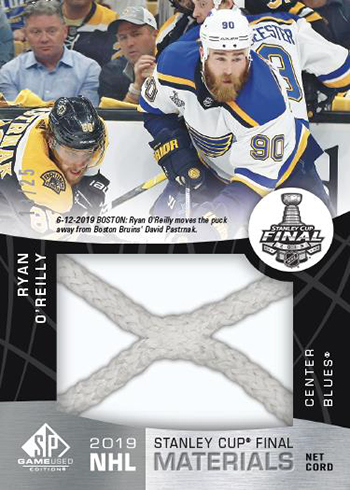 Game Gear cards cover both the All-Star Skills Competition and Stadium Series. In each instance, cards come numbered to 6. 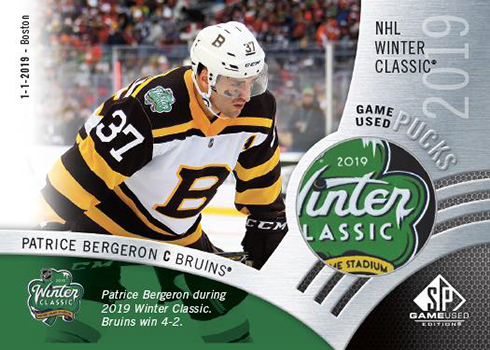 Back for another year are Banner Year cards that use pieces from articles hanging at and around the specific event. They bring with them lots of colorful combinations, similar to how what a patch can do with a traditional memorabilia card. Banner Year events include various drafts (1:12), 2019 Stanley Cup Finals (1:15), 2019 All-Star Game (1:16) and the 2019 Winter Classic (1:18). Autograph versions are also available. 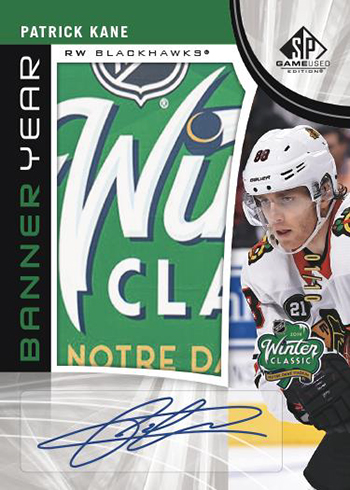 New to 2019-20 SP Game Used Hockey are one-of-one Tonight’s Lineup cards. Like other parts of the checklist, these look to relic alternatives, this time through official lineup cards and the names within. 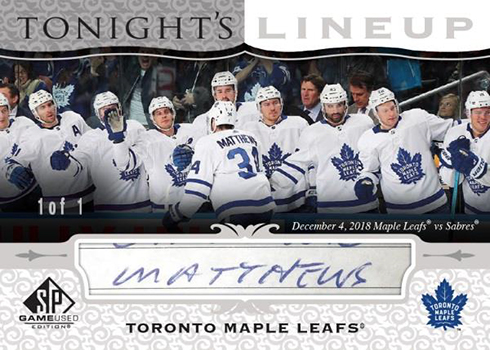 Supreme cards return, all boasting oversized pieces of gear such as patches, sticks, gloves, pads and stakes. These all have 15 copies each. 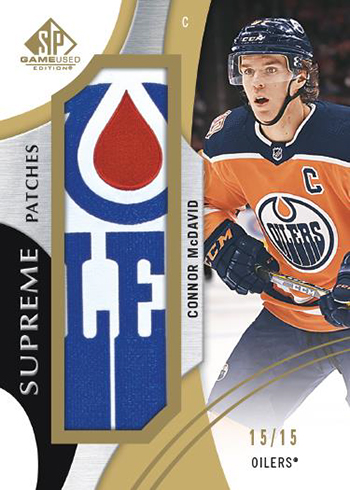 Combining signatures and memorabilia are Inked Sweaters (/99). Tougher versions include Rookie Patch (/49), Patch (/15) and Rookie Tag (/2). There are also basic Rookie Sweaters (/199) that don’t have a signature.

Draft Day Marks use manufactured jersey letters as a foundation for autographs. For some, the chase for these comes with spelling out the player’s name, similar to a puzzle. Veterans have ten copies for each letter while rookies have 35. 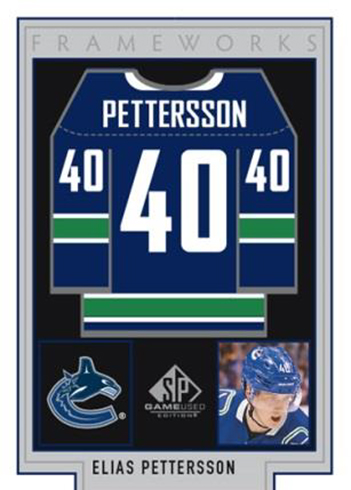