2019-20 SP Authentic Hockey follows in the footsteps of the long-running line with some familiar elements as well as some new ones. It has a lot of the staples that have been part of SP Authentic for years, like autographs being a focal point. But the brand continues to evolve with some new twists and angles.

Hobby boxes have a pair of autograph cards, at least one of which comes from the Future Watch subset. Additional short prints, inserts and parallels also make regular appearances. 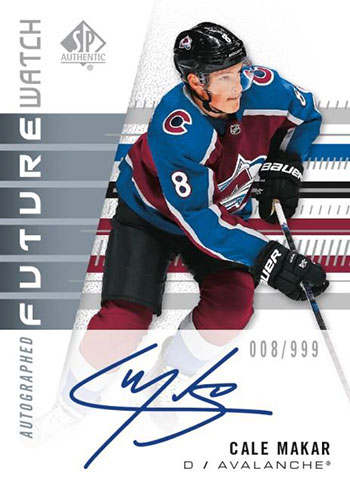 The checklist starts with 100 cards. It’s not large, limiting itself to key stars. All have Red parallels, which are 1:6 packs. Select cards also have Limited Autographs (1:90 packs). Limited Auto Materials versions come in four levels of rarity. Tier 1, the most plentiful, have 100 copies each. The toughest, Tier 4, are numbered to 10. 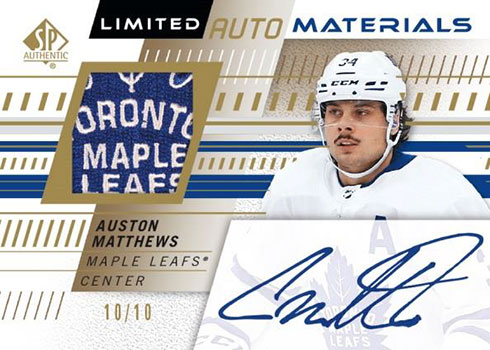 But the base set delves much deeper with three distinct short print subsets.

Future Watch (/999) leads the way. Outside of Upper Deck Hockey’s Young Guns, these are traditionally among the most popular Rookie Cards each year. Future Watch Autographs land one per hobby box. All signatures on these are on-card. That said, not all players have autographs. Future Watch Auto Patch cards (/100) return. These offer a variation spin. 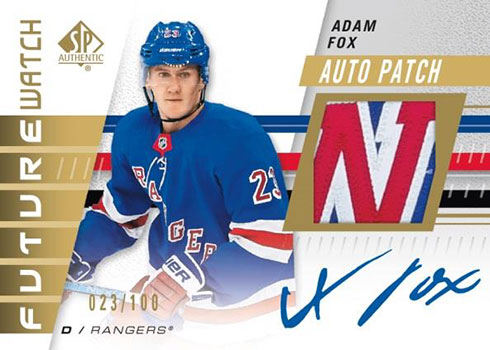 Authentic Moments return with cards highlights from big NHL moments. Autograph parallels for these exist, but they’re tough at 1:1,200 packs. 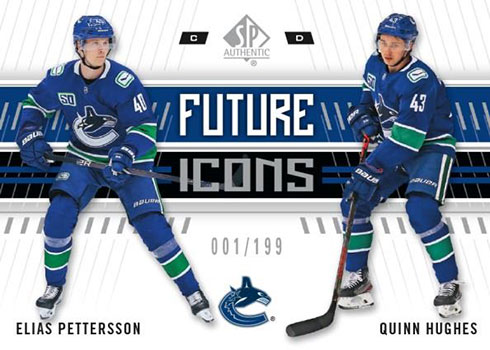 Sign of the Times has a history that dates dates back almost 25 years. The autographs have an extensive place on the checklist including a variety of themes. New Sign of the Times Draft (25 cards, 1:540) picture players shortly after they were first taken. 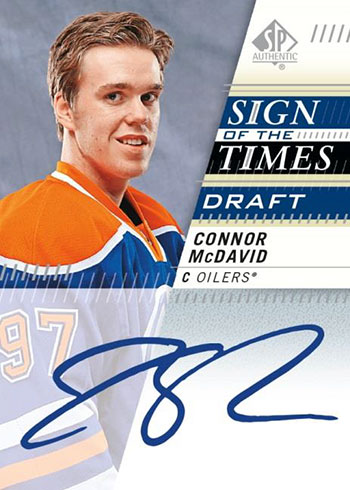 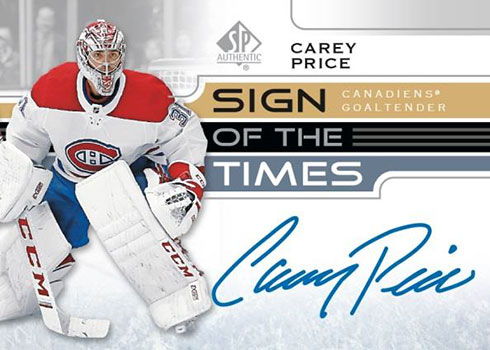 Immortal Ink (/10) has 15 different Hall of Famers or future inductees including the late Gordie Howe. Marks of Distinction are also back. Although, with just 25 copies each, finding one may be a challenge. 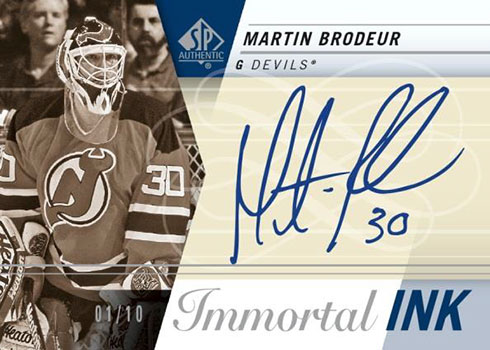 Every hobby box has at least one Spectrum FX card that can be used for the set’s Upper Deck Bounty program. Those that complete a full run of all 99 pack-inserted cards can redeem them online for an exclusive card #100 that’s not in packs. 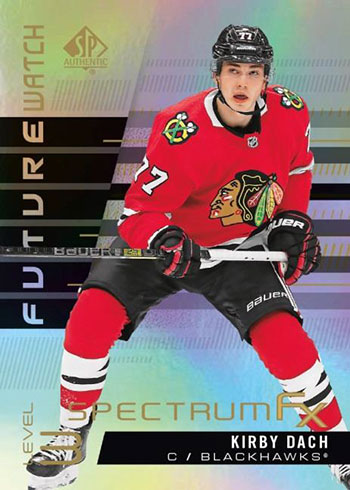 As an added incentive to finish the set as fast as possible, the first 50 people to qualify also receive a full set of Gold parallels. 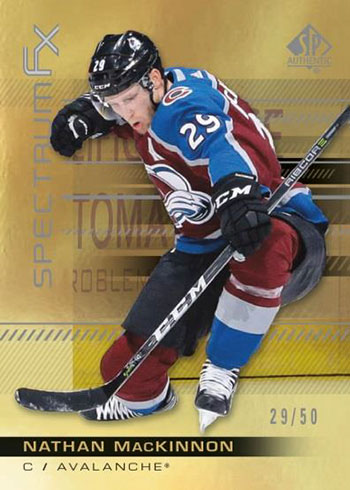 Similar to the main releases, Updates also have Exclusives (/100) and High Gloss (/10) parallels.

The full 2019-20 SP Authentic Hockey checklist and team set lists will be added as soon as they’re available, likely shortly before the set arrives.

2020 Topps Museum Collection Baseball and the ...