Jerseys might make the team, but sneakers make the man in the NBA. Footwear is a huge part of the personality basketball players show on the court and beyond. Shoes have become a bigger part of pop culture, spawning a huge collecting crowd of its own. 2019-20 Panini Instant Rookie Kicks Jumbo Basketball combine the worlds of cards and shoes.

It’s an online-only release through Panini’s website with new cards available each weekday through the middle of the month. Some days bring one new player, others have two. Prices vary depending on the player.

Cards are sold individually and come with a massive piece of sneaker worn by the featured player. Every card is a one-of-one, although players do have several cards. Each has a distinct part of the shoe. Soles, tongues, logos and more are among the swatches. 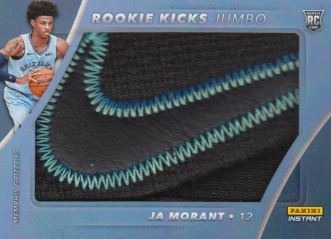 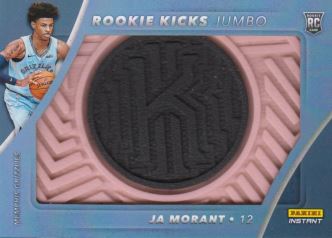 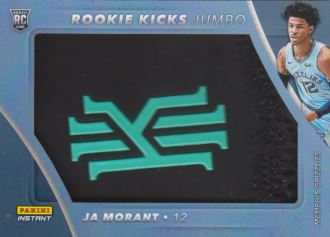 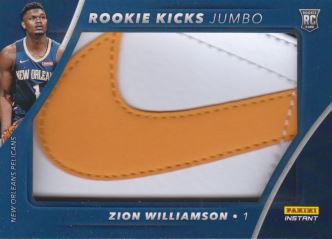 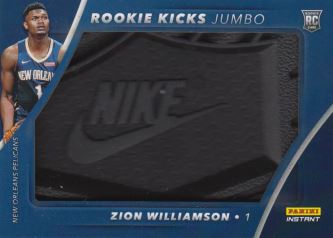 The following is the full list of players in the set. All have several cards, all 1/1, featuring different parts of left and right sneakers.