2018 Upper Deck Team Canada Juniors Hockey offers a comprehensive look at different parts of the Canadian national teams as well as highlights from the past.

As the line has done for the past few years, the checklist includes base cards, autographs and more from both the men’s and women’s squads. 2018 Upper Deck Team Canada Juniors Hockey hobby boxes come with four total hits, one of which is an autographed patch card. 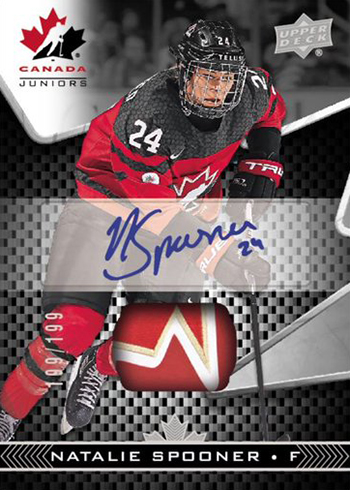 The main part of the 2018 Upper Deck Team Canada Juniors Hockey set has 100 cards. Not only does it cover both the U-18 and U-20 men’s teams, but it highlights the women’s team as well as some notable alumni who represented the maple leaf in the past. 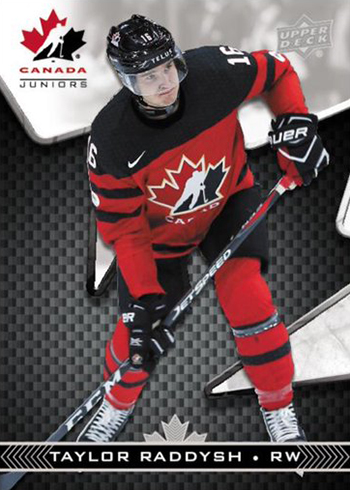 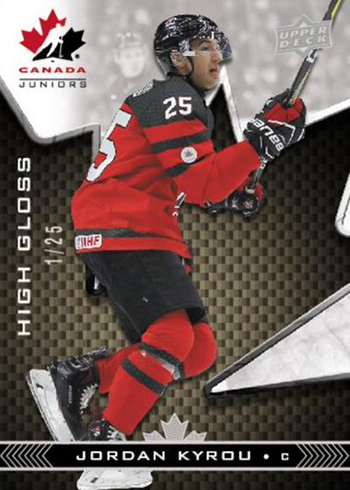 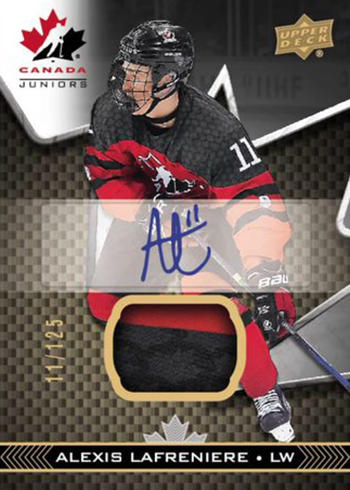 Black Autographs (/5) offer a similar design as the base set. As for strictly memorabilia cards, there’s Team Canada Jerseys. 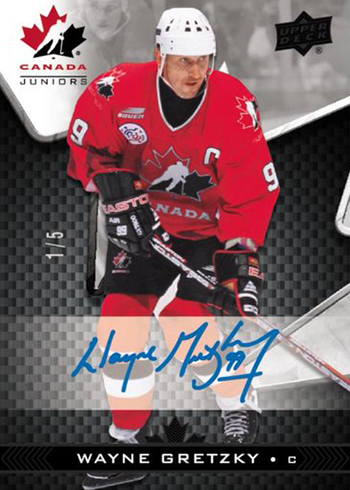 2018 Upper Deck Team Canada Juniors Hockey has some additional regular inserts as well. Program of Excellence (1:5 packs), a staple with Upper Deck and Canadian national team cards for decades return. Provincial Prowess (1:9 packs) looks at the parts of the country players are from. Golden Futures (1:25 packs) highlights members of the roster that won gold at the 2018 World Junior Championships. 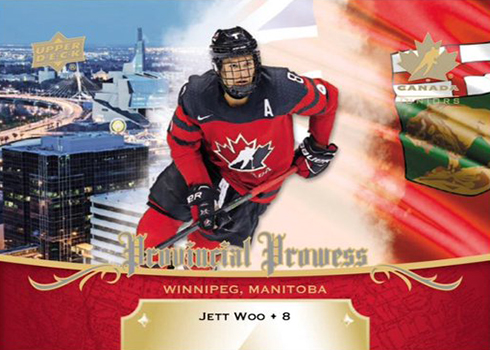