The 2018 Upper Deck National Convention Wrapper Redemption takes on a couple of different forms. Depending on what you’re busting and how much you’re opening gets collectors into different levels of the promotion.

The main wrapper redemption features 20 cards that take from a couple of Upper Deck brands. The first half, which fall under the Prominent Cuts banner, cover athletes from a variety of sports. Michael Jordan, LeBron James, Ben Simmons and Serena Williams are among those included. 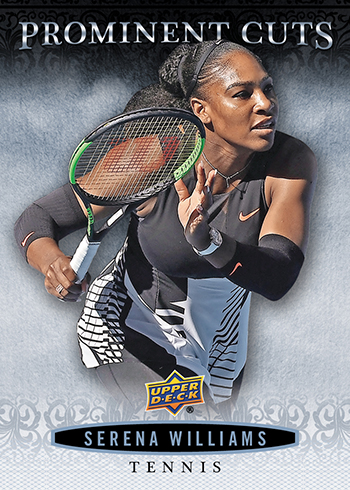 The second half of the checklist is dedicated to Top Shelf Rookies from hockey. These highlight key members from the Rookie Card class this past season, such as Brock Boeser, Nico Hischier and Charlie McAvoy. 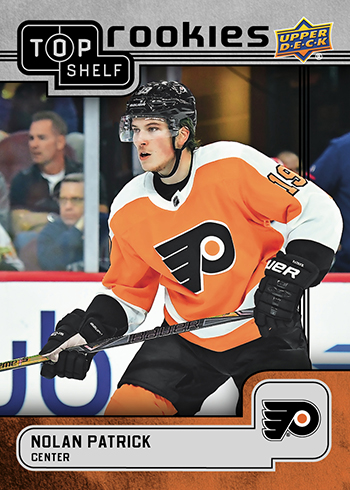 Autographs from both parts of the 2018 Upper Deck National Convention Wrapper Redemption set have autographs randomly inserted as well. These are all numbered to 75 copies or less. 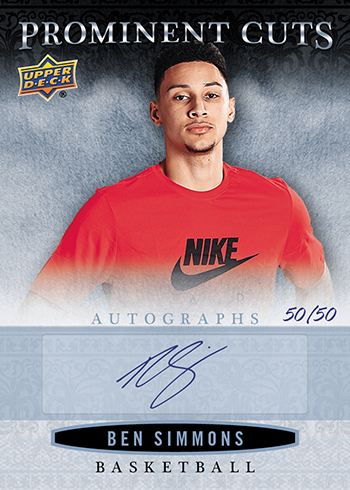 How to Get Packs

A handful of products are valid for Upper Deck’s wrapper redemption. Here’s a list of what’s eligible and how much you have to open at the Upper Deck booth:

Five packs of the following = 1 pack:

One pack of the following = 3 packs:

Supplies of wrapper redemption packs are limited. Collectors can participate four times for each day of the show.

In addition to the wrapper redemption, Upper Deck also has a promotion for those busting cases at Cleveland’s I-X Center.

For starters, those who open one a hobby case of eligible product receive eight of the standard wrapper redemption packs. They also get a raffle ticket good for a piece of signed memorablia, unopened product, premium cards or an exclusive Prominent Cuts VIP Autograph that’s not part of the main redemption program.

The VIP autographs are all limited to ten copies or less and signers are top-tier Upper Deck exclusives like Ben Simmons, Wayne Gretzky and Connor McDavid. 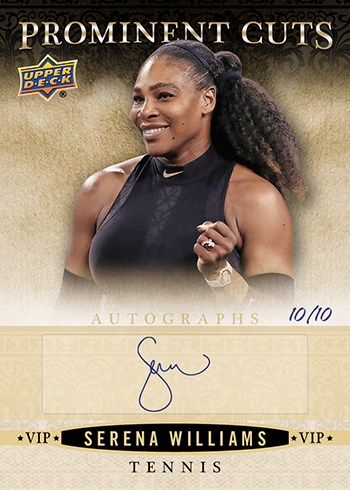 There is also a pair of dual autographs, each numbered to five. Gretzy and McDavid is one of the pairings while Tiger Woods and Serena Williams makes up the other. 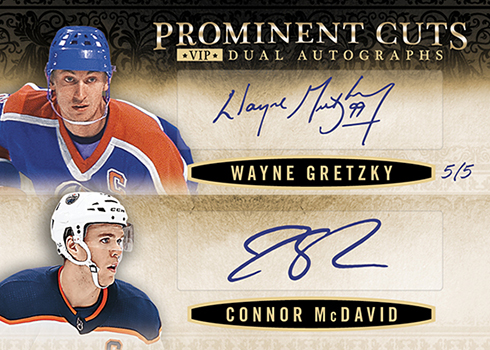 To participate in Upper Deck case break promotion, collectors can open the following:

LeBron James may have signed with the Lakers, but he will always be a huge part of Cleveland’s sports history. He also happens to be an Upper Deck spokesman and is featured in the National-exclusive Cleveland Legends set.

Just two cards make up the checklist, both spotlighting James. 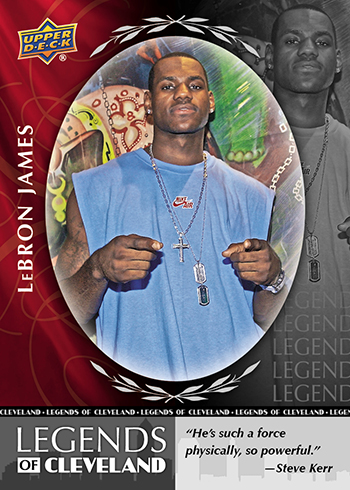 To get both cards, collectors can open any five 2017-18 Upper Deck hockey packs.

In addition to their wrapper redemption programs, Upper Deck has other things happening at the 2018 National Convention. A breakdown of some of the highlights can be found on their blog.