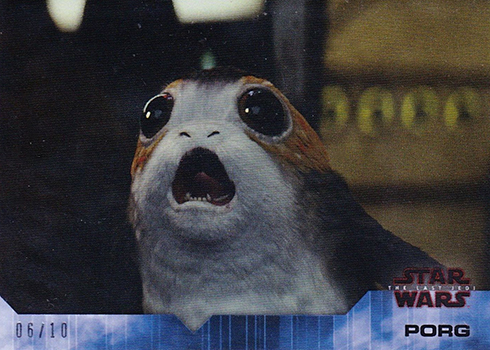 Sold exclusively through the Topps website, the mini set delves into the key characters from the second New Trilogy film. Every set also comes with an autograph.

Sets initially ran $50 each when they were sold directly by Topps. With that came a full 20-card base set as a foundation. Chases elements include a parallel plus an autograph.

Base parallels come in four levels. Purple cards are the only ones that aren’t serial numbered. Others include Blue (/10), Red (/5) and Gold (1/1).

Autographs include several key stars like Daisy Ridley (Rey), Adam Driver (Kylo Ren) and John Boyega (Finn). That said, for the most part, the bigger names appear to be limited to only some of the tougher parallels. For autographs, these include Blue (/10), Red (/5) and Gold (1/1). 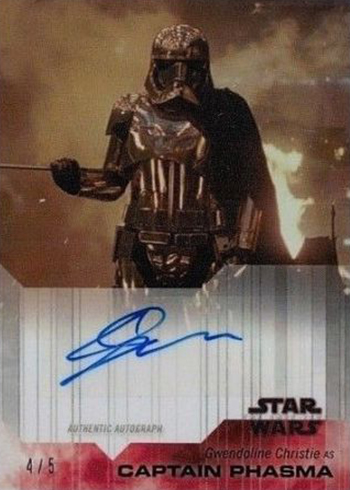 The production run for 2018 Topps On Demand Star Wars: The Last Jedi is 481 total sets. This is the number that were originally ordered. 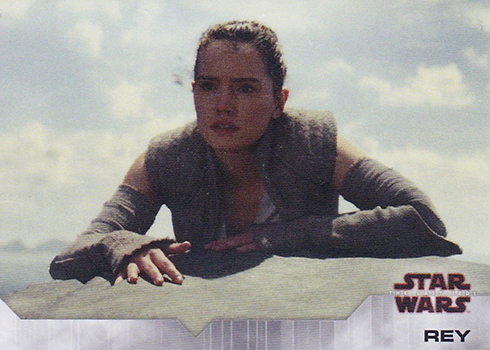 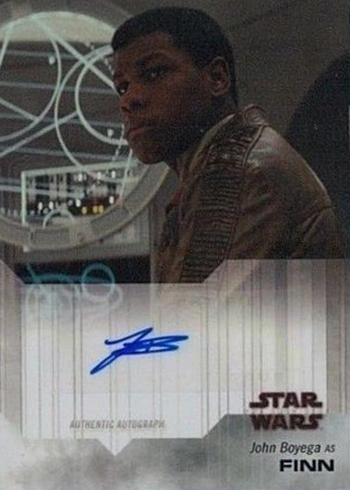 Appears that not all signers are available at all levels.