2018 Topps Now NXT may not get the attention of its WWE counterpart but it does offer some early cards from future main roster stars. 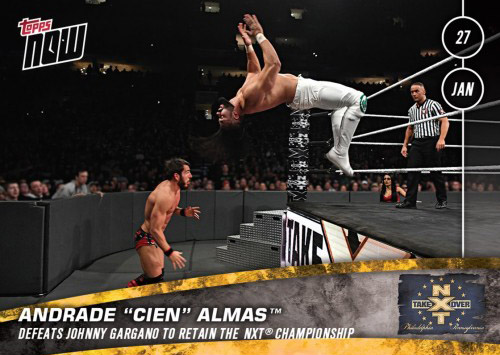 Regular 2018 Topps Now NXT cards are available for just 24 hours. They usually go on sale on the Monday following a TakeOver event. Print runs match the number bought in that window.

This is the second set of Topps Now NXT cards. The first batch coincided with the original 2016-18 Topps Now WWE.

In the past, Topps has also done a few special mini sets previewing cards as well as relic parallels with pieces of event-used canvas.

Looking for a specific card? Click on the link to see what’s currently available on eBay. 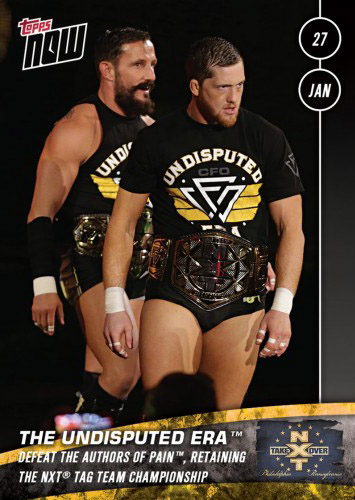 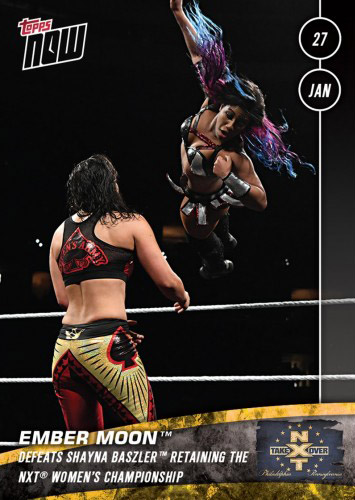 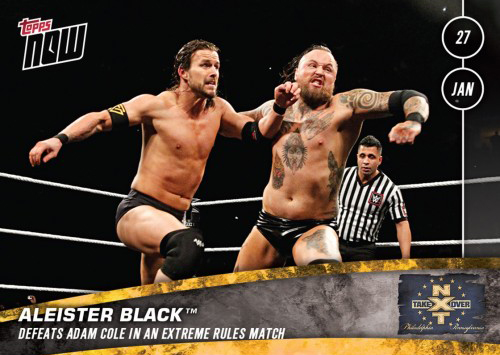 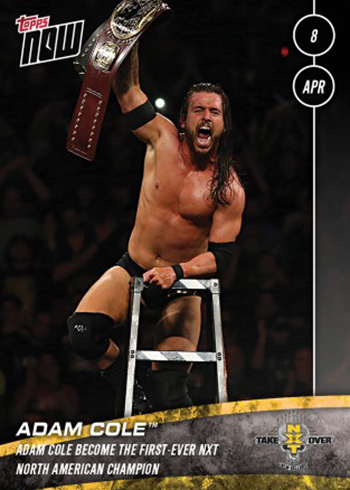 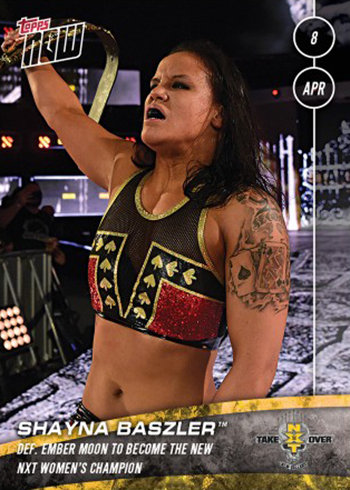 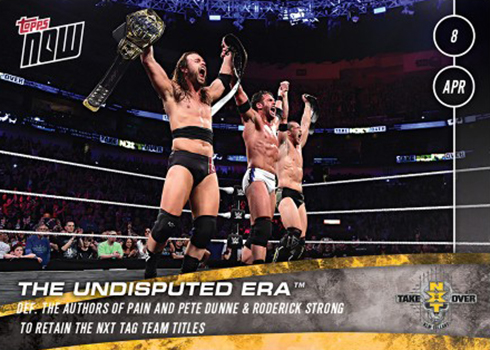 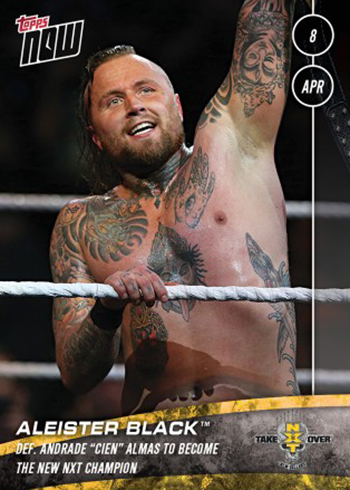 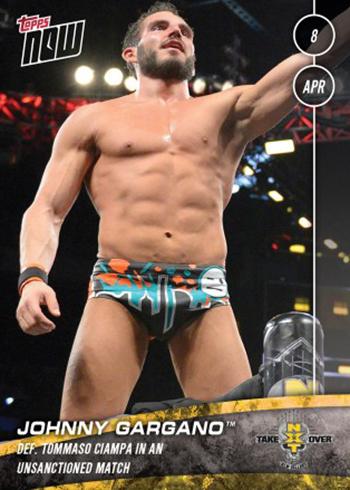 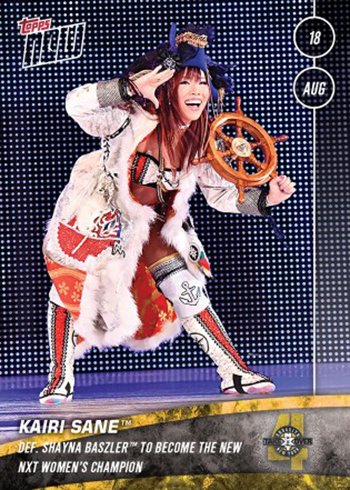 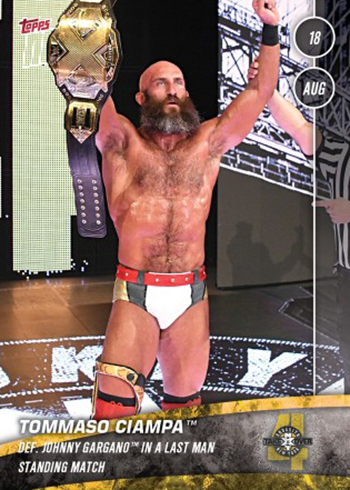