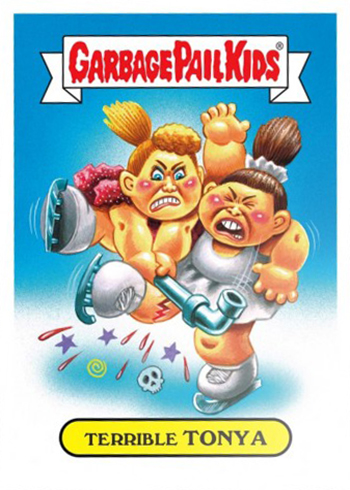 The first set of Garbage Pail Kids online exclusives of 2018, the checklist has 12 total cards (six A/B name variation pairs) and comes with a $29.99 price tag.

Put on sale on Friday, January 5, they’re available on the Topps website for a week, through the 12th. The Golden Globes took place on Sunday, January 7. 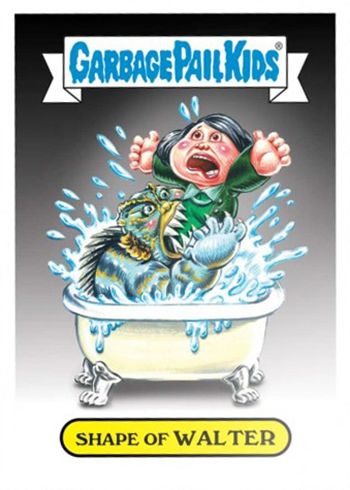 Game of Thrones, The Shape of Water, The Disaster Artist and I, Tonya are among the subjects that are spoofed. And while the art is new, some of the gags are based on classic Garbage Pail Kids as far as composition goes. For example, Dwight Walker/Icy Isaac is a take on the White Walker from Game of Thrones. The pose is clearly that of Jay Decay/Dead Ted from the original 1985 Series 1. 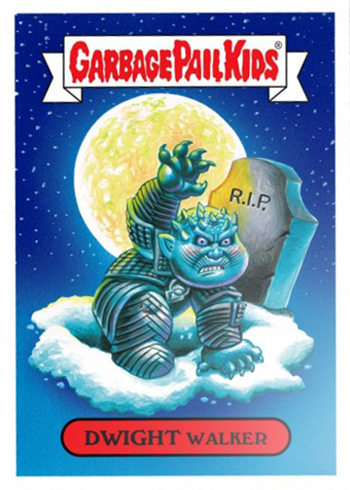 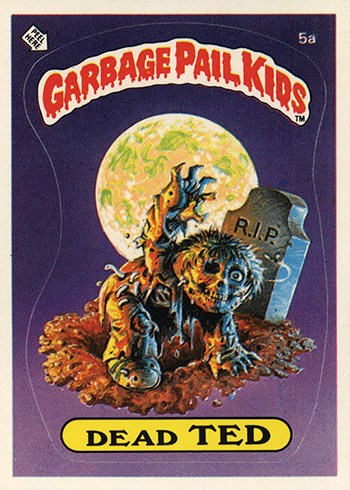 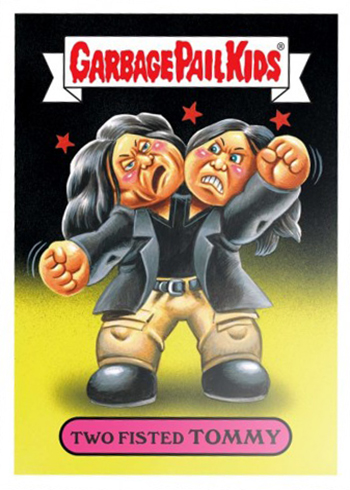