2018 Topps Bryce Harper X 220 Baseball is the first in a new line of curated sets where athletes and celebrities help create the content. Available as an online-exclusive through the Topps website, Harper picked the players, selected designs and added his thoughts through the card backs. He’s also a big part of the set’s content. 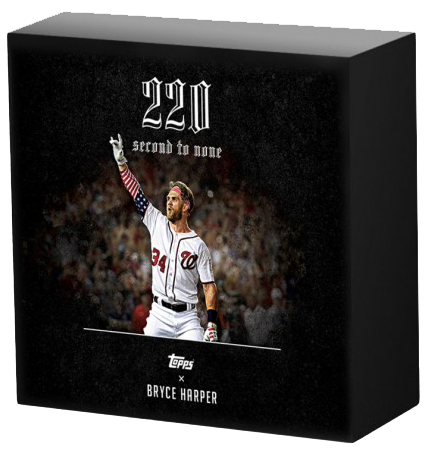 The ‘220’ stands for ‘Second to None.’ The thought has been a mantra for his life and work ethic ever since his parents gave him a necklace with it.

The 2018 Topps Bryce Harper X 220 base set has 14 cards. It’s his picks for the team he’d field if he were a MLB manager. There’s a starting nine with the rest rounded out with pitchers. Harper might not be in the base set, but there is a nod to his background in the background itself. Cards are done with an iron tone. This is a way for the outfielder to pay tribute to his dad, Ron, who’s an ironworker. 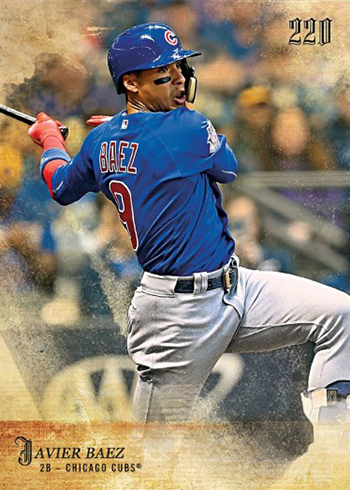 Inserts come in three themes. These are basically an extension of the main set as they all come with each box set. Harper is in the six-card Look Good, Feel Good, Play Good set. 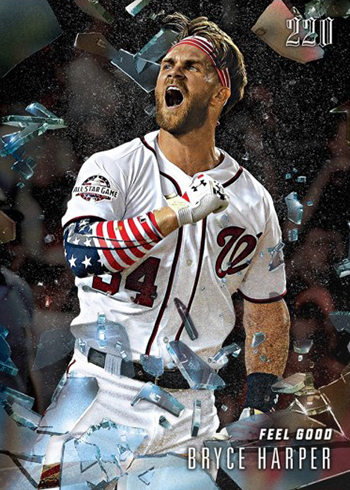 Harper’s Heroes has five people the slugger looks up to. Four are former players: Ken Griffey Jr., Josh Gibson, Derek Jeter and Chipper Jones. The final card is of Harper with his dad following the 2018 Home Run Derby. 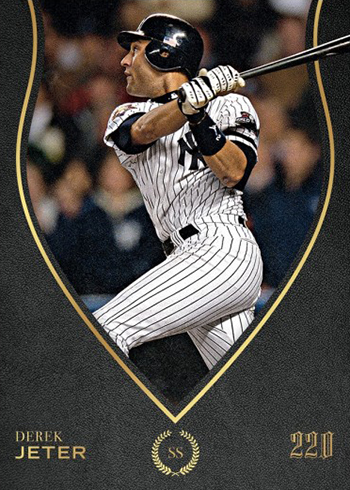 Known for his own flow, the five-card Best Hair inserts look at some of baseball’s other great locks. These are a nod to 1992 Topps Baseball, which also happens to be the year Harper was born. 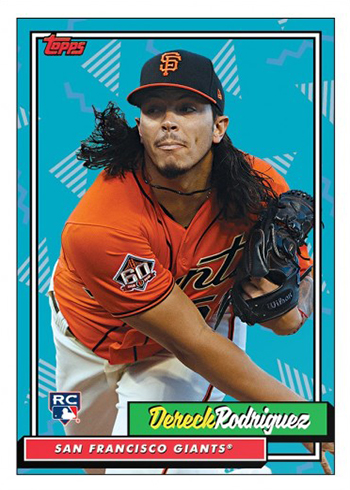 Bryce Harper has both autographs and relic cards on the checklist. Some of his signatures are on-card, some are with stickers. Harper is the only player with relics in the set. 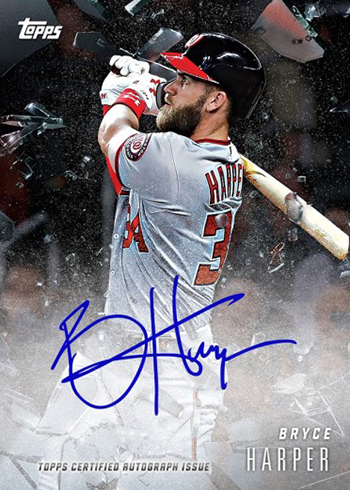 Other players have autographs in 2018 Topps Bryce Harper X 220, though. These are essentially parallels of other parts of the checklist. Mike Trout, Manny Machado and Jacob deGrom are among the top names with autographs.

The set has a couple of formats. There’s a regular version that has 30 cards that costs $24.99. Also available is an Autograph/Relic edition that promises either a signature or memorabilia card plus a chance at a base set parallel. This version costs $50 through the Topps site.

Both are available for a month or while supplies last.

Full list TBA.
Relic pieces include pieces from a jersey, bat or Home Run Derby base.