2018 Rittenhouse Lost in Space Archives Series 1 takes a colorful look back at the classic sci-fi series (apologies to those looking for some ’90s nostalgia from the movie with Matt LeBlanc and Lacey Chabert). Packaged as a premium factory set, each has a mix of new base cards, autographs, a sketch card and more. 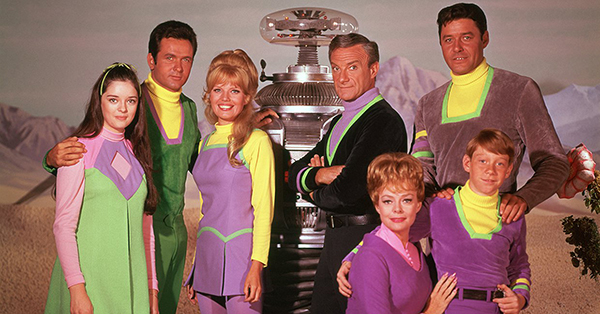 2018 Rittenhouse Lost in Space Archives Series 1 doesn’t have your typical base set. Traditional episodic and character-based sets have been done before. While these are rooted in episodes, each comes with original art done by Juan Ortiz.

Similar to what he and Rittenhouse did in the Star Trek Portfolio Prints line for both the Original Series and The Next Generation, the art is done in the form of a stylistic poster for each episode. 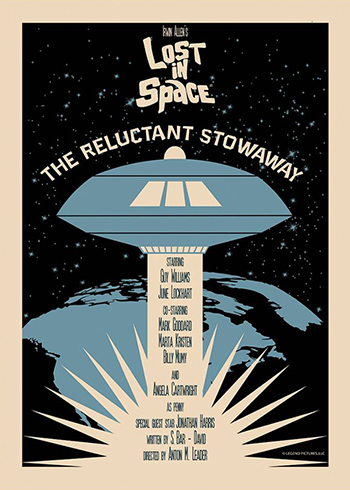 This is the first of two planned sets in this style. That means a 43-card base set for Series 1. The follow-up covers the remaining 42 episodes.

Each 2018 Rittenhouse Lost in Space Archives Series 1 set comes with three autographs. The first two are Inscribed Autographs from both Marta Kristen (Judy Robinson) and Bill Mumy (Will Robinson). Not only do these cards have a traditional signature, but there’s an added note or quote to go with them. 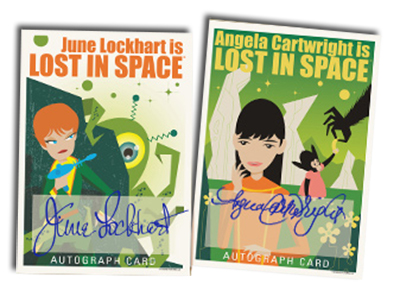 Another bonus for those buying two sets is a Triple Autograph signed by Mumy, Cartwright and Kristen. 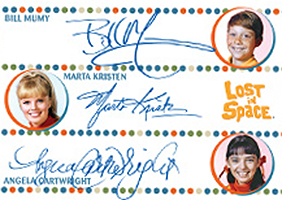 A set of eight Metal cards highlight the show’s characters. Each set comes with four. However, those ordering two factory sets get all eight. 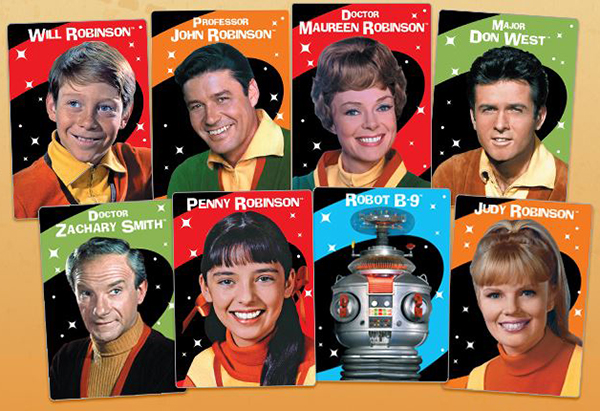 Rounding out each factory is a sketch card.

2018 Rittenhouse Lost in Space Archives Series 1 has a print run of 200 sets.

2018 Rittenhouse Lost in Space Archives Series 1 at a glance:

What to expect in a factory set:

Full checklist still to be announced.

Even numbers to be included in Series 2.

1 The Reluctant Stowaway
3 Island in the Sky
5 The Hungry Sea
7 My Friend, Mr. Nobody
9 The Oasis
11 Wish Upon a Star
13 One of Our Dogs Is Missing
15 Return from Outer Space
17 The Keeper, Part 2
19 Ghost in Space
21 The Magic Mirror
23 The Space Trader
25 The Space Croppers
27 The Lost Civilization
29 Follow the Leader
31 Wild Adventure
33 Forbidden World
35 The Prisoners of Space
37 The Deadly Games of Gamma 6
39 The Curse of Cousin Smith
41 A Visit to Hades
43 The Dream Monster
45 The Girl From the Green Dimension
47 The Toymaker
49 The Space Vikings
51 The Cave of the Wizards
53 Revolt of the Androids
55 Trip Through the Robot
57 The Mechanical Men
59 The Galaxy Gift
61 Visit to a Hostile Planet
63 Hunter’s Moon
65 The Space Destructors
67 Flight into the Future
69 The Space Creature
71 A Day at the Zoo
73 Castles in Space
75 Target: Earth
77 The Time Merchant
79 Fugitives in Space
81 The Flaming Planet
83 Junkyard of Space
E1 The Epilogue

Marta Kristen as Judy Robinson
Bill Mumy as Will Robinson

1 card.
1 for every two sets ordered.