Winter may be coming in a metaphorical sense for Game of Thrones as it’s set to wrap up its run in the months ahead. But the trading cards keep on coming. 2018 Rittenhouse Game of Thrones Season 7 maintains much the same sensibilities as the seasonal sets that came before it. 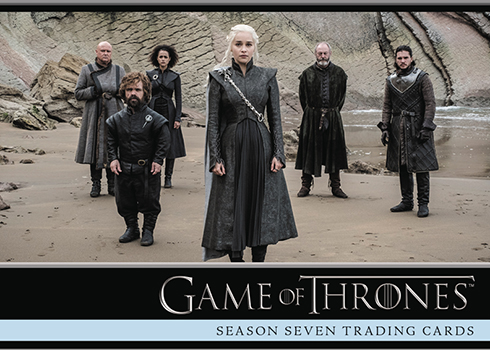 That means a deep character focus and a large roster of autograph signers, many of whom haven’t signed for the show before.

A total of 81 cards make up the 2018 Rittenhouse Game of Thrones Season 7 base set. Although every episode is covered, characters also make their presence known. More than 50 cards on the checklist focus on the people that make the show so rich.

This approach has been a cornerstone for Rittenhouse since they started with the license.

Parallels come in a couple of forms. Basic parallels land 1:3 packs. If past sets are any indication, these are done with foil stock. Gold parallels are much tougher, falling one per box.

As usual for the line, the 2018 Rittenhouse Game of Thrones Season 7 autographs checklist is a deep one. It doesn’t limit itself to one season. Rather, it spans the entire series thus far.

2018 Rittenhouse Game of Thrones Season 7 has several insert sets to go with the autographs.

A few of these inserts are returning from previous sets. These kick off with Quotable Game of Thrones (nine cards, 1:12 packs). Relationships (1:24 packs) has ten new cards exploring the complex interactions between characters. These also have Gold parallels that are 1:144 packs. The art-based Beautiful Death cards are back as well. These seven cards are a little tougher at 1:42 packs (1:288 for Gold versions), so they’re not guaranteed in every box.

2017’s Valyrian Steel set gets a handful of expansion inserts. Printed on metal, these land 1:96 packs for the base versions and 1:288 for Gold.

Like the vast majority of their products, there are a few incentive cards for those ordering multiple cases. The six-case card is an exclusive Gold Signature Series card of Michelle Fairley (Catelyn Stark). 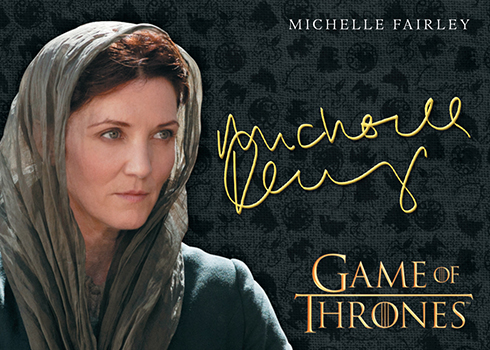 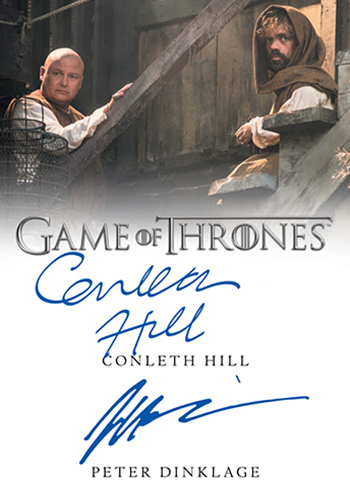 Finally, there’s a special Archive Box for the 18-case incentive. Among the contents is a set of four matching Printing Plates from one of the base cards. Archive Boxes also have three Valyrian Steel Gold variations of Jon Snow, Cersi and Arya.

Sold on its own, a binder comes with an exclusive promo card.

2018 Rittenhouse Game of Thrones Season 7 at a glance: 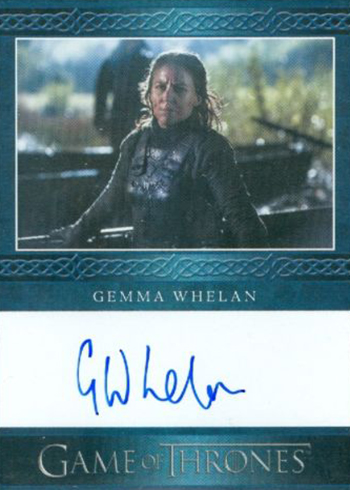 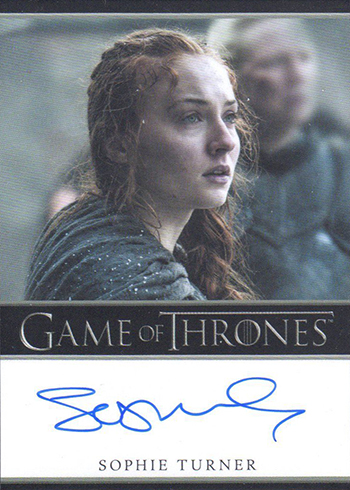 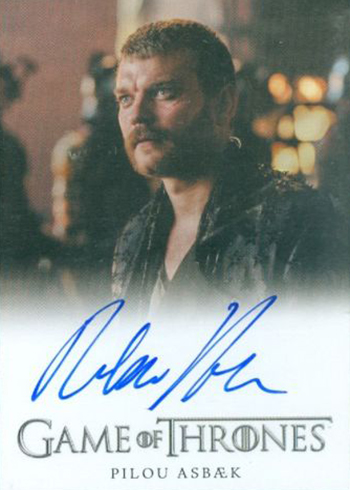 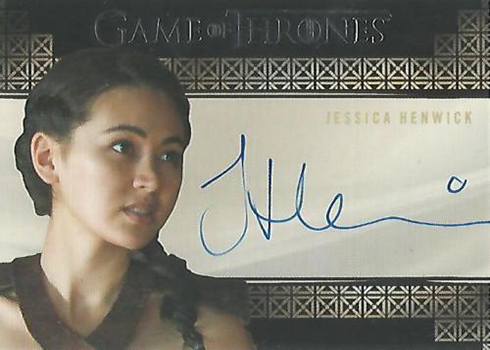 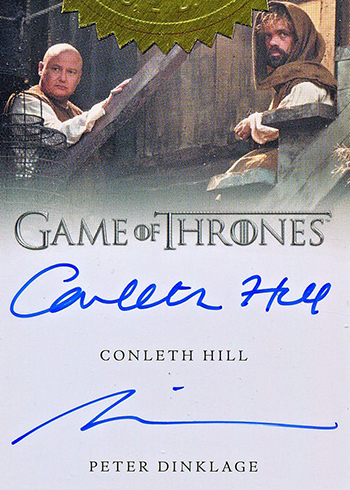 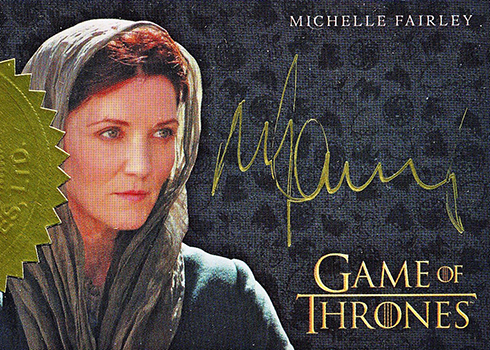 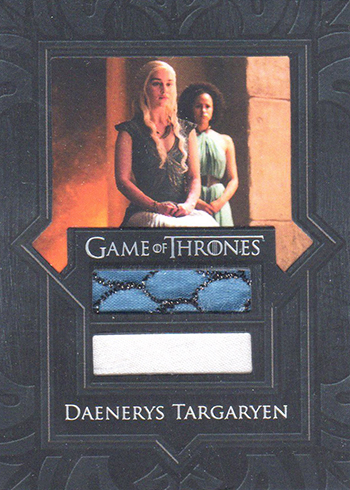 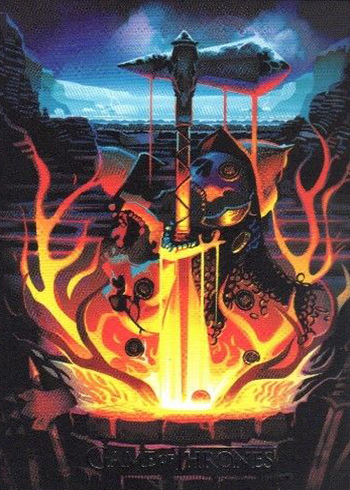 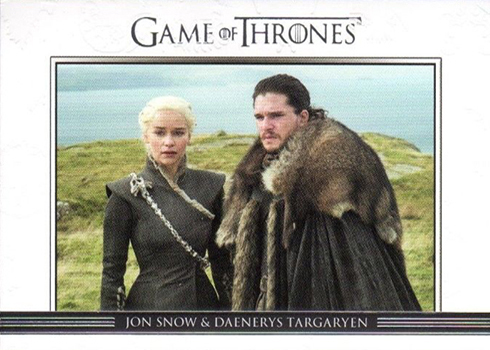 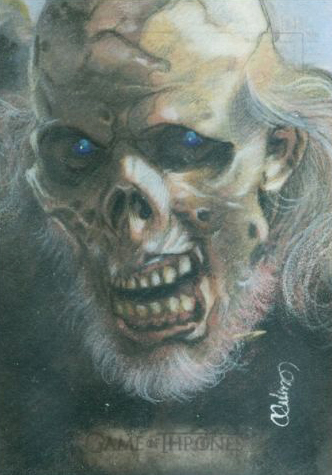 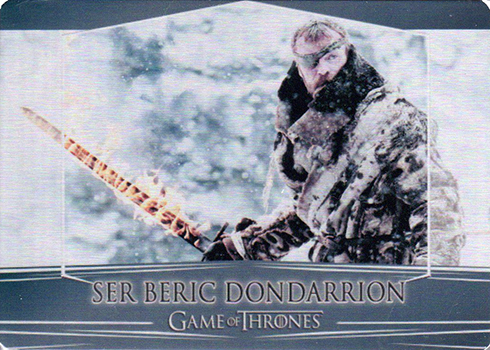 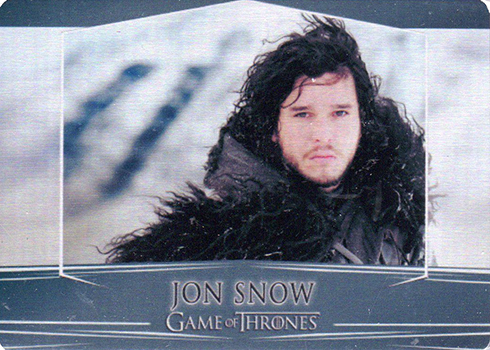 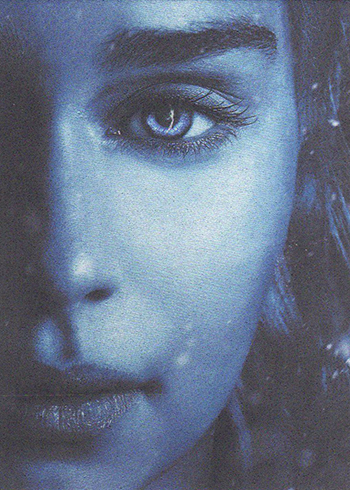 A Visit to the Wizard: Celebs Sparkle ...