To the victors go the commemorative card sets. The 2018 Panini Philadelphia Eagles Super Bowl LII box set honors the team’s win. Like a lot of similar sets, the configuration isn’t complicated or particularly large. But from a team perspective it is, charting not only the Eagles’ first Super Bowl victory but the players who got them there. And that means a lot more than just the marquee stars who are regulars on the football card scene. 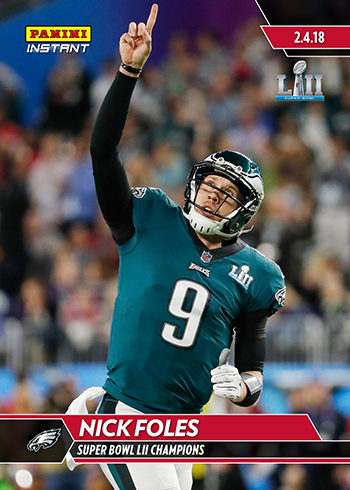 The 2018 Panini Philadelphia Eagles Super Bowl LII checklist consists of 38 cards. It starts with a header with the team’s logo. The remaining 37 run up and down the roster. Of course, quarterbacks Nick Foles and Carson Wentz are on it. So is Jason Kelce, the undisputed hero of the parade. Digging deeper are lots of players who don’t have a lot of other cards hailing from positions that are often out of the spotlight. 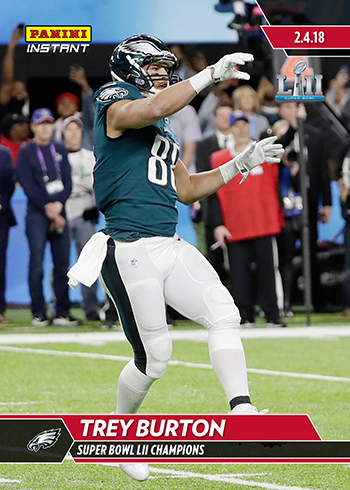 There is one important thing to note about the box set. The cards are the same as the team set from 2017 Panini Instant Football. They have just been packaged differently for sale on store shelves. 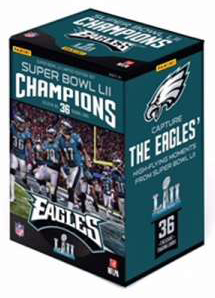 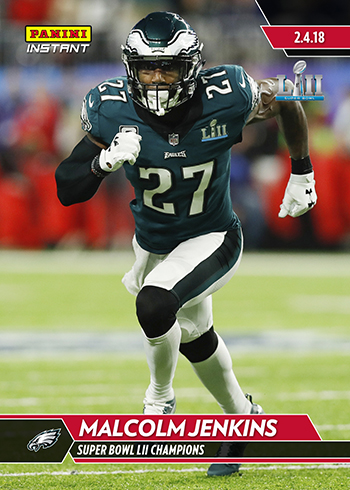