2018 Panini Flawless Collegiate Basketball doesn’t cut corners when it comes to high-end cards. If it’s not an autograph or memorabilia card, then it has at least one gem embedded in it. Key rookies, star veteran and retired greats, on-card signatures and low print runs are among the other cornerstones of the product.

Hobby boxes for the super-premium product have ten cards. Ten are autographs, two are relics and the final two are gem cards. 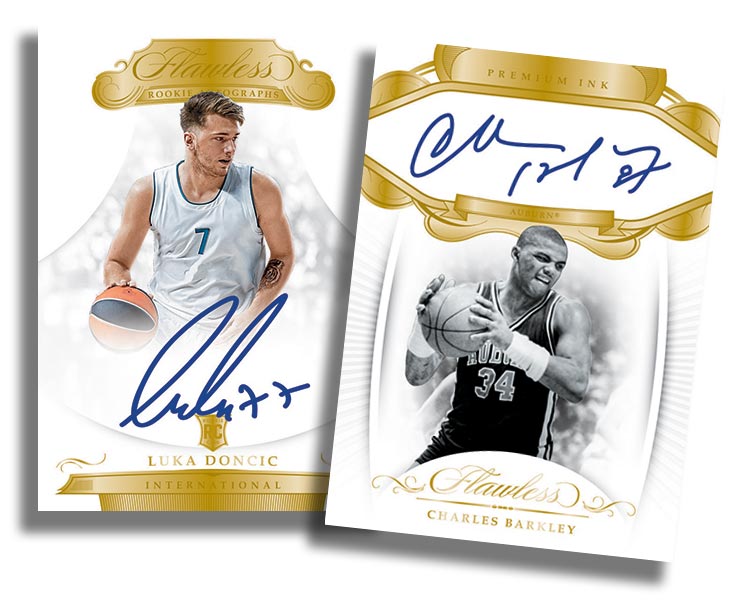 The 2018 Panini Flawless Collegiate Basketball base set elevates the cards in a couple of ways. First off, the main set is numbered to just 20 copies. There’s also the diamond that comes with it. 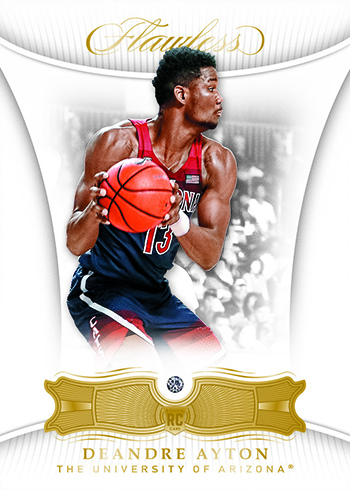 Unless it’s a cut signature, all autographs in 2018 Flawless Collegiate are signed on-card. While not exclusively first-year players, the 2018 draft class figures prominently on the checklist.

Rookie Patch Autographs have the jumbo swatches that are customary for Flawless. Some versions come things like team logos, conference logos, brand logos and the Final Four logo. 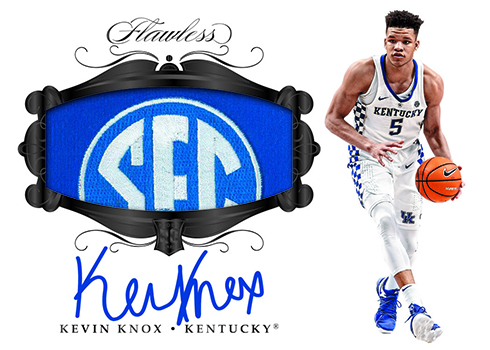 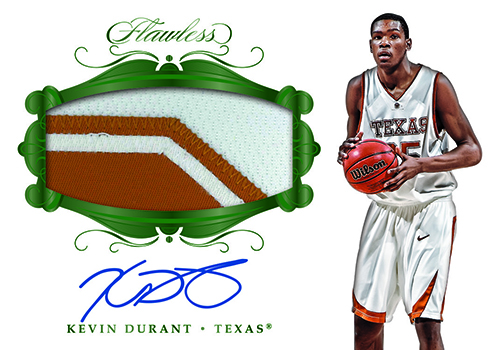 Team Slogan Signatures add an inscription to the mix. There is also Flawless Dual Autographs. 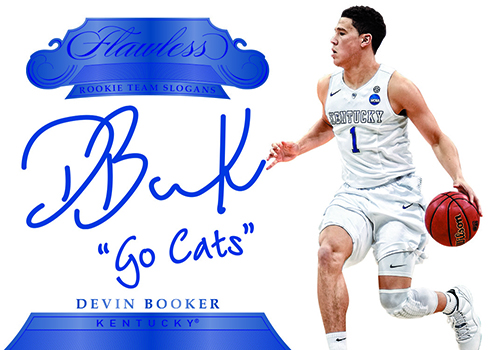 Rookie Gem Signatures (/25) take a similar jeweled approach as the main base set, only with the addition of the autograph. Parallels come in Ruby (/20), Sapphire (/15), Gold Diamond (/10), Emerald (/5) and Black (1/1), which has an oversized diamond. The product has regular Rookie Autographs as well that do not have gems. 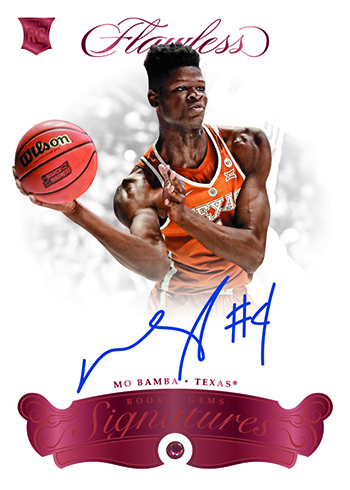 Shifting from prospects to legends, Premium Ink features signatures from some of the greatest players to ever play in the NCAA.

Flawless Player Team Gems offer up more jewels, and several of them. The front of these cards have a large team logo that is outlined with gems selected to go with the school’s colors. 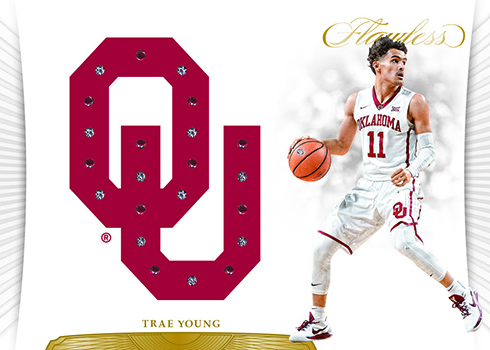