The 2018 Nickel City Con, which runs from May 18-20 in Buffalo, will have no shortage of Star Wars stuff. From comics and other collectibles to an appearance by Jeremy Bulloch, the Force will be on hand in plenty of ways. 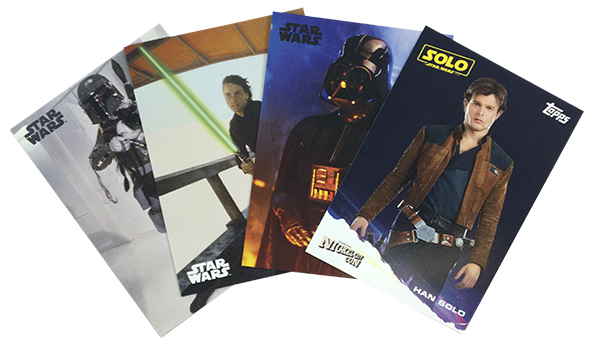 Made by Topps and fully licensed, the Nickel City Con Star Wars promos are limited to 1,000 copies each. Each day has a different card (Sunday has two).

To get the cards, you need to visit the Dave and Adam’s booth at the show. They’re also organizing the comic convention.

Three of the promos have a vintage sort of look to them, highlighting classic characters from the original trilogy. The final card highlights the latest film for the franchise, Solo: A Star Wars Story and advertises the tie-in trading card set. 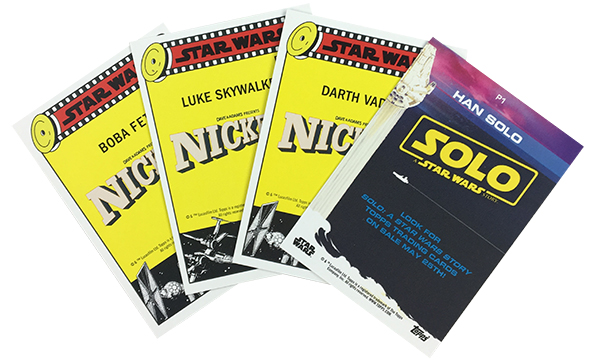 Supplies for each card are available while supplies last. There’s a limit of one per person per day.

The Continued Evolution of Topps BUNT