2018 Rittenhouse Star Trek: Deep Space Nine Heroes and Villains trading cards mark the first time the show has had a dedicated set of its own in more than a decade. While the product has a character-driven checklist, there are plenty of different inserts and other angles to flesh it out. 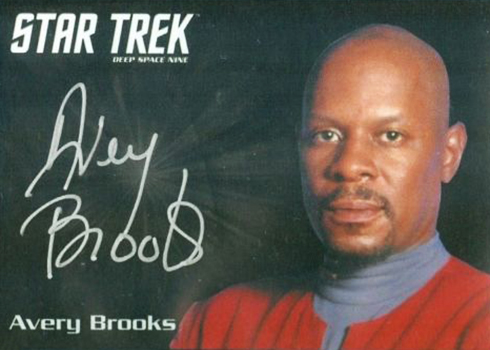 One of those is autographs. Landing three per box, these include a mix of DS9 regulars, dual autographs and some notable guest stars. Among them? Punk legend and Stooges frontman, Iggy Pop.

The 2018 Rittenhouse Star Trek: Deep Space Nine Heroes and Villains main set has 100 cards. Protagonists and antagonists from across the Alpha and Gamma Quadrants are included.

Each card comes with a Metal parallel. These land one per box.

Signed cards come in a few different forms. Some of the biggest names from the show are featured on Silver Signature Autographs. Among them are Avery Brooks (Benjamin Sisko), Terry Farrell (Dax), Michael Dorn (Worf), Armin Shimerman (Quark) and Nana Visitor (Kira Nerys).

Silver Signatures come with a horizontal layout and black background. The autographs are done in silver ink for added pop.

Notable guest stars are featured on a separate design. Although it’s new, the layout is similar to one of the main autograph designs used for The Next Generation. This is where Iggy Pop comes in. Other autographs include Vanessa Williams, Bill Mumy and Steven Weber. 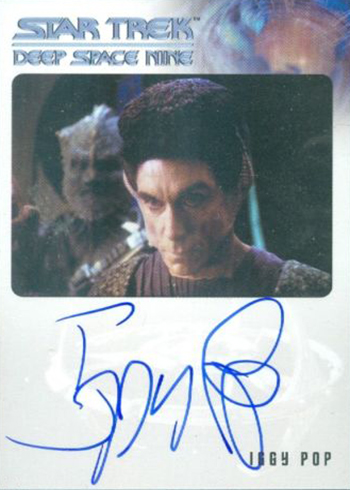 There’s also Bernie Casey, the late football player turned actor. His many other roles include Mr. Ryan, the history teacher in Bill and Ted’s Excellent Adventure. Casey passed away in September, 2017.

2018 Rittenhouse Deep Space Nine: Heroes and Villains also has a handful of dual autographs that have signatures from a pair of actors.

The presence of Bernie Casey among the autographs isn’t the set’s only crossover into sports. A dozen “Niners” Baseball Jersey Patch cards are a nod to the seventh season episode “Take Me Out to the Holosuite.” These land 1:44 packs or about two per case.

Sketch Cards are considered a case hit in Deep Space Nine: Heroes and Villains. Mike James, Charles Hall, Emily Tester and Carlos Cabalerio are among the artists working on the set. 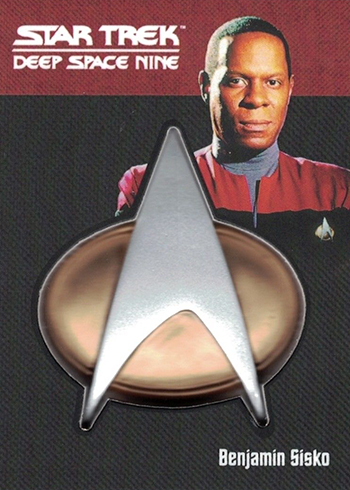 Plenty of other inserts and chase cards are available in 2018 Rittenhouse Star Trek: Deep Space Nine Heroes and Villains. Some are found in every box. Others are case hits. Others still are even more scarce.

Rules of Acquisition (36 cards, 1:8 packs) feature original artwork by Warren Martineck. Each card actually has two pieces of art, one of the front and another on the reverse. The original art used to create the cards is randomly inserted in packs as well.

DS9 had a lot of complex character interactions over the years. They’re the subject of Relationships, one of the tougher insert sets in Heroes and Villains. Featuring 18 cards, these are inserted 1:144 packs. They also come serial numbered. The exact print run is not yet known, but each card will have no more than 99 copies.

Rittenhouse is big on special incentive cards, acting as a bonus for dealers ordering in bulk.

It begins with a pair of Montage case toppers. One highlights the ‘Heroes’ side of the checklist while the second spotlights the ‘Villains.’ One of the cards comes with each case.

The six-case incentive is an exclusive dual autograph with Nana Visitor and Terry Farrell.

Those ordering nine cases get an Avery Brooks Legends of Star Trek Autograph.

Finally there’s a 2018 Rittenhouse Star Trek: Deep Space Nine Heroes and Villains Archive Box that’s available only as an 18-case exclusive. These come with nearly every card in the product plus some exclusives that aren’t available anywhere else.

Archive Boxes also have a set of four printing plates used to create one of the base cards.

2018 Rittenhouse Star Trek: Deep Space Nine Heroes and Villains has its own binder. Available on its own, it comes with an exclusive promo card.

Here’s what has been confirmed for the product thus far. The final checklist will be added once it’s released. 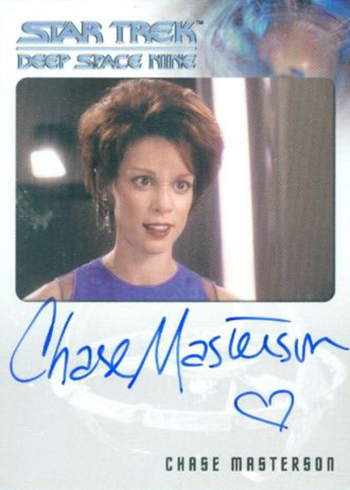 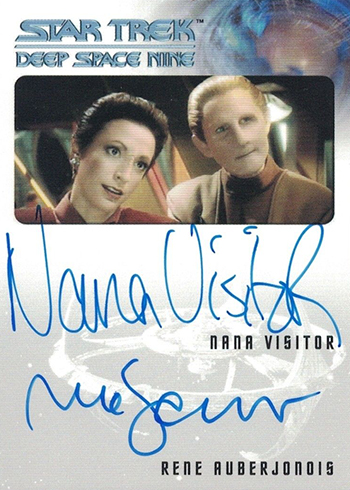 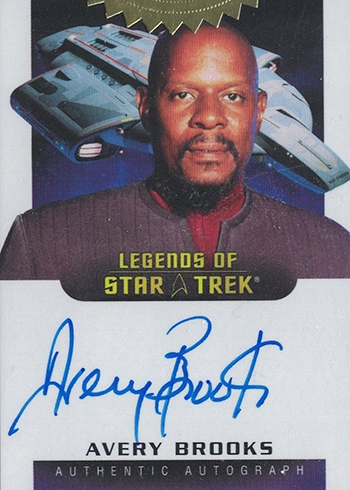 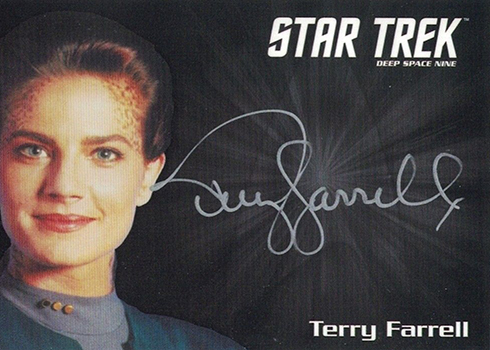 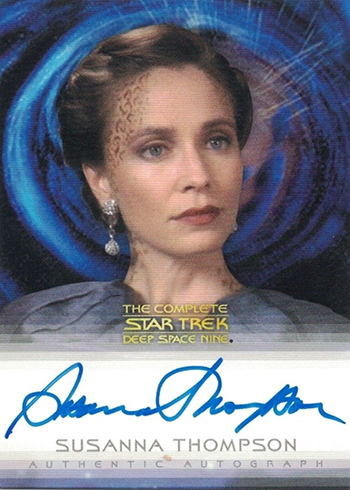 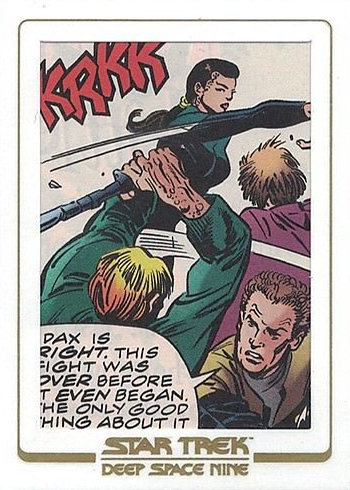 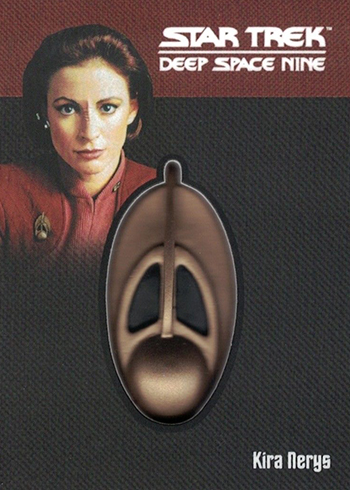 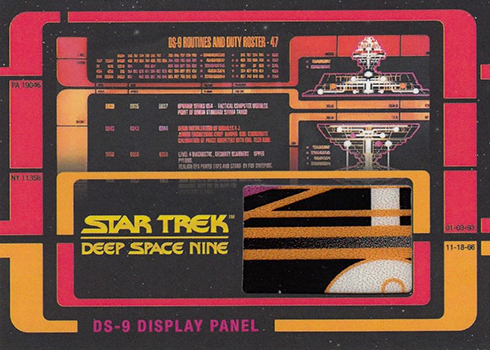 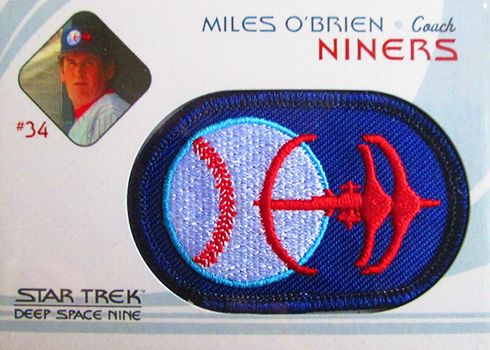 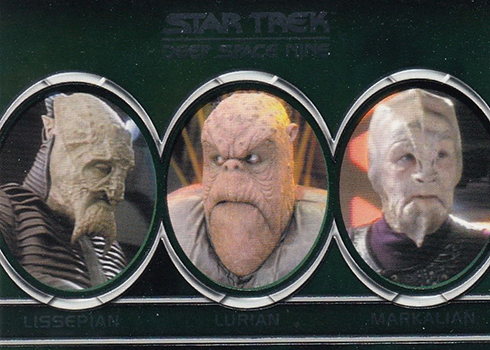 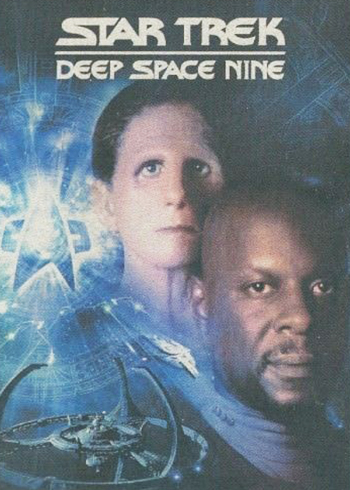 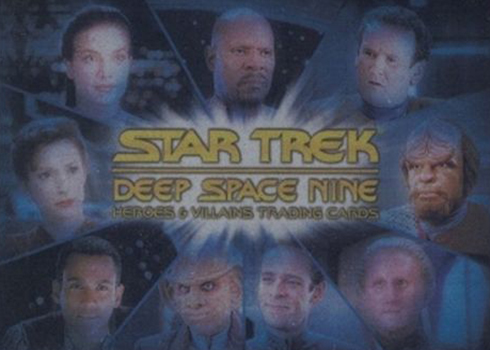 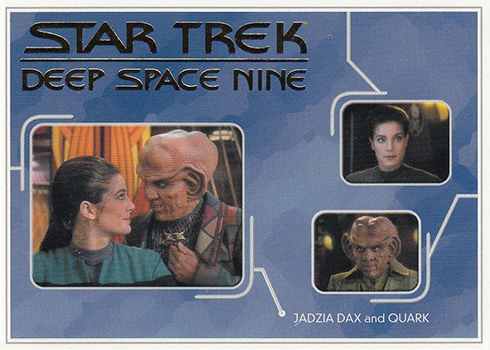 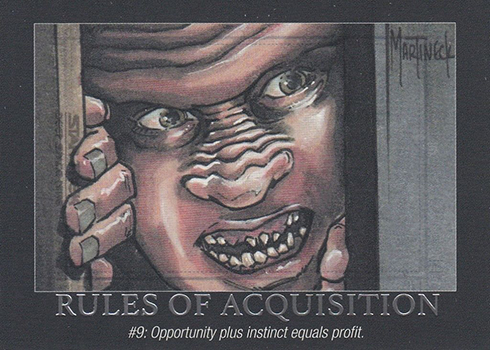 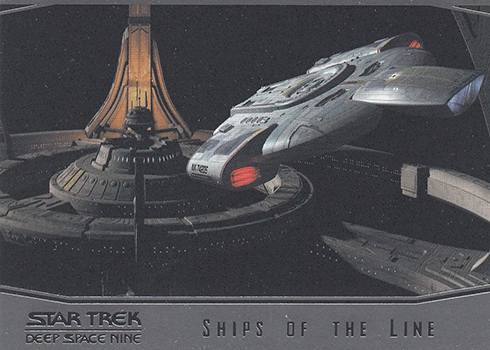 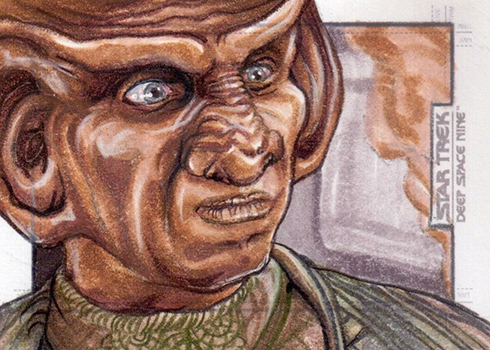