2018 Bowman Chrome Mega Box Variations offer a second (and rarer) look at some of baseball’s top young players. Short prints in comparison to their regular cards in the Target-exclusive product, the SSP cards use a second photo to make it distinct.

2018 Bowman Chrome Mega Box Variations land 1:69 of the special packs. That’s approximately 1:35 2018 Bowman Mega Boxes as each has a pair of the exclusive packs.

Besides the regular versions, there are one-of-one Platinum parallels that are 1:14,669 packs.

Autographed versions, which appear to have 25 copies each if all are equal, are 1:853 packs. Not all of the variations have an autograph, though. Vladimir Guerrero Jr. and Eloy Jimenez are not on the signature checklist.

You can figure out if you have a 2018 Bowman Chrome Mega Box Variation without even looking at the front. Although it’s not necessarily intended for collectors to use to identify their cards, the fine print on the back holds the key.

To do this, go straight to the code string at the end of the block of small text. If it ends in 722, it’s a regular base version. However, if it ends in 738, you’ve got one of the SSP variations. 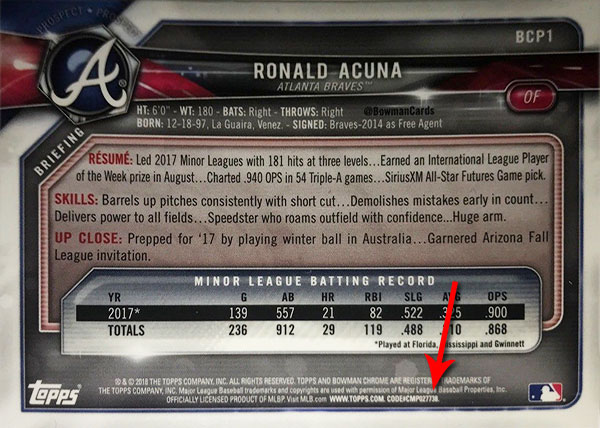 Here’s a quick 2018 Bowman Chrome Mega Box Variations checklist so you know who has the short print versions. Below is a more detailed gallery showing what to look for with individual cards. Image gaps will be filled in ASAP. 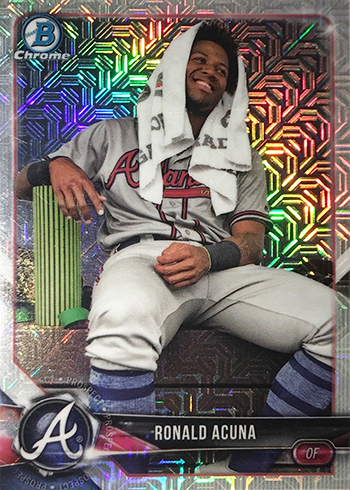 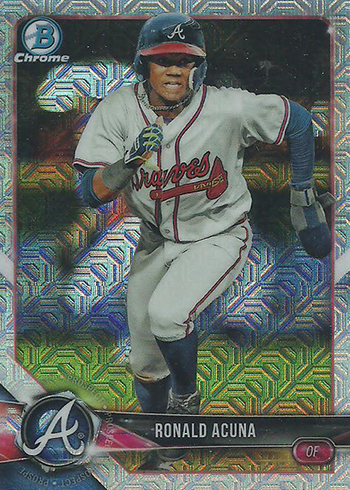 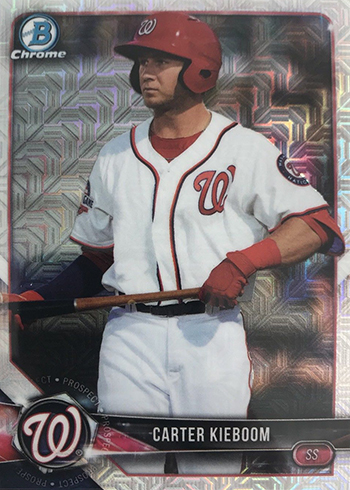 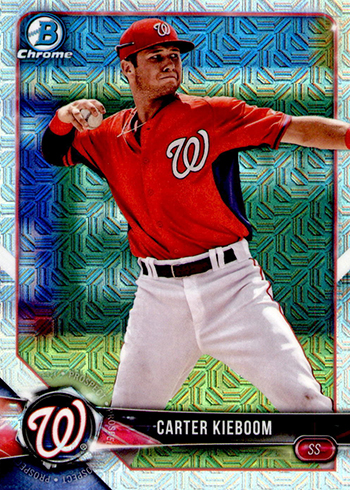 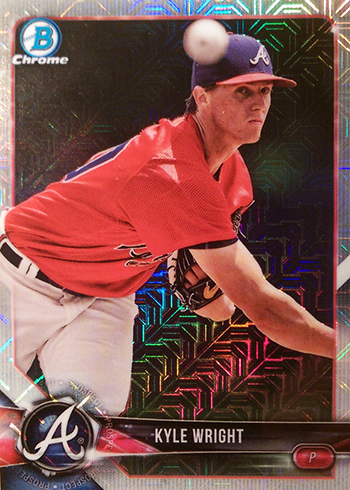 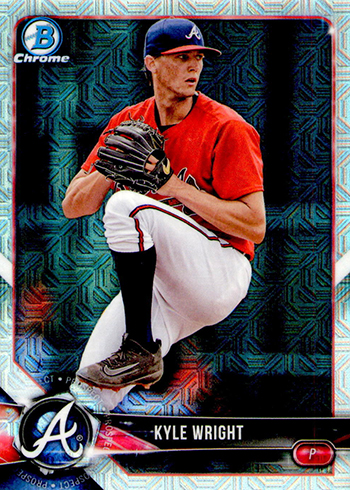 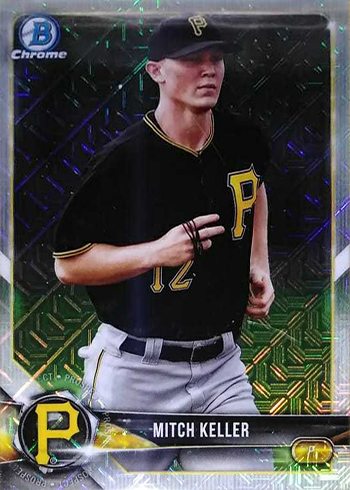 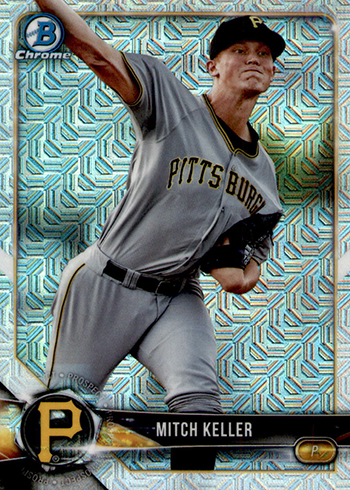 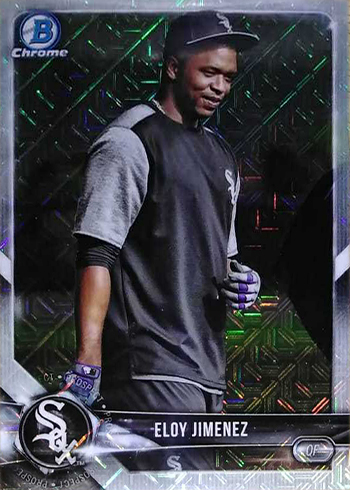 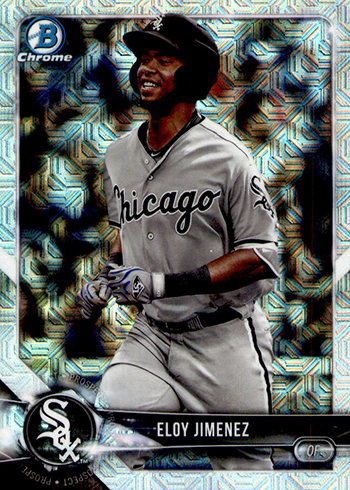 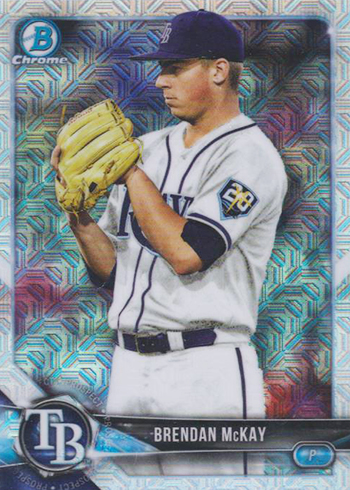 Brendan McKay’s base card is #BCP68. There is no #BCP61 in main set. McKay has a second variation for #BCP68. 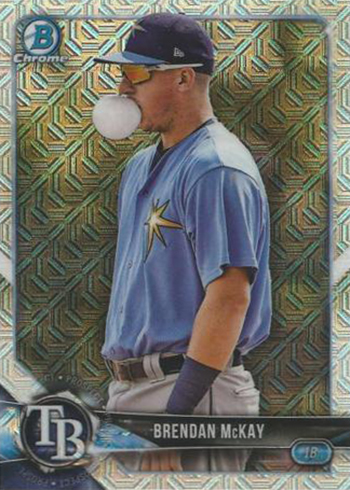 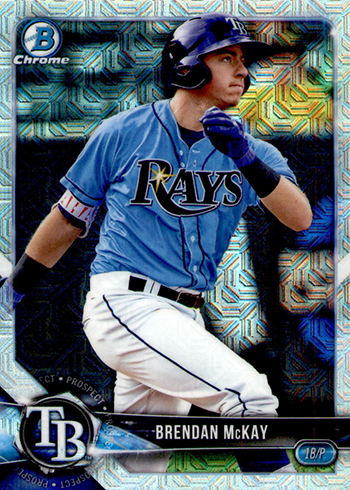 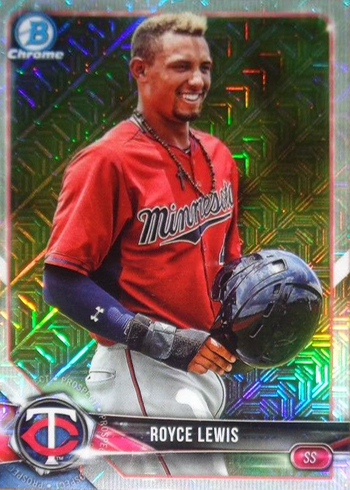 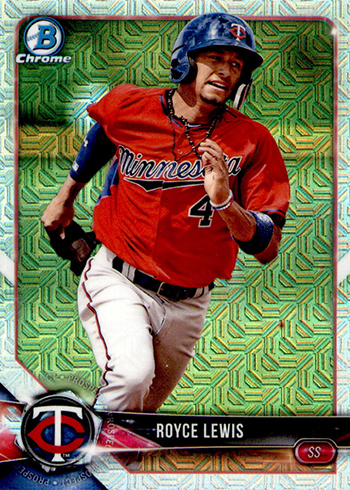 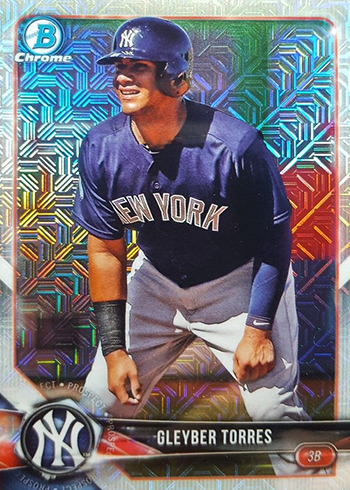 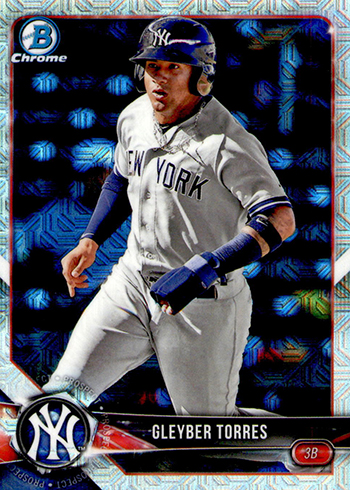 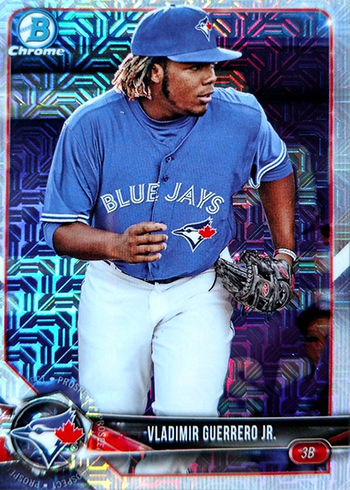 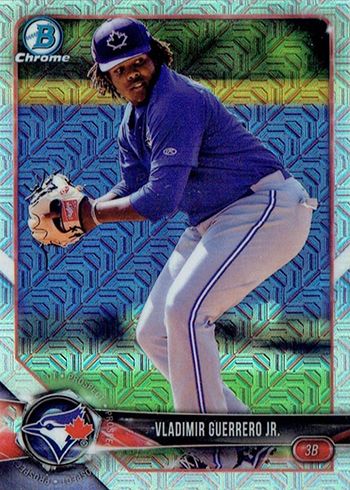