Baseball coins aren’t a new thing. But they haven’t been done in the sport on a major mainstream scale since the days of Pinnacle Mint, at least in pack form. 2018 Baseball Treasure MLB Coins bring the concept back. 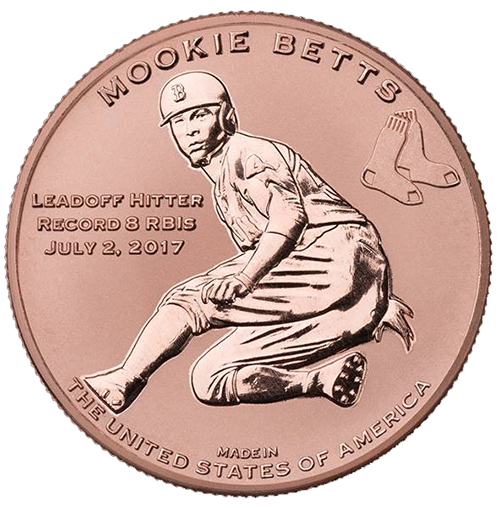 Each pack, which has a suggested price tag of about $7 comes with one of 30 different coins. On top of the basic coins are scarce chase versions that add precious metals to the mix.

Every team is represented on the 2018 Baseball Treasure MLB Coins checklist. The “heads” side has a portrait of the featured player. Backs have an action image and select stats.

Base coins are done in copper and come with a card-sized mount.

A .999 Silver version lands 1:432 packs. Gold coins are also randomly inserted, although they’re extremely tough. Like 1:21,600 packs tough. Both of these have an ounce of metal. 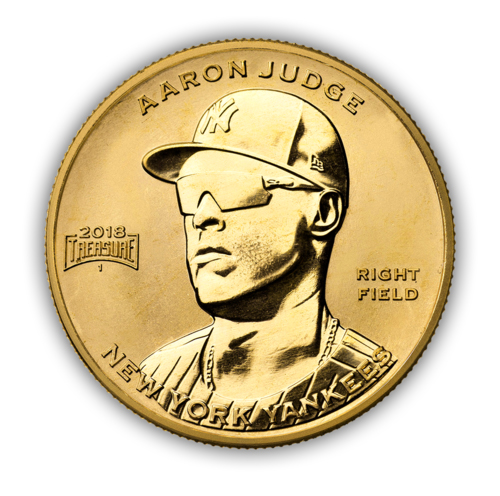 2018 Baseball Treasure is fully licensed by both MLB and the MLBPA.

For those going after the set, there’s also an album in the works that will hold the entire set.

Once released, they’ll be available through the usual hobby channels as well as the Baseball Treasure website, the Baseball Hall of Fame and select team shops.