Whether you need them or not, it might be time for some new underwear. Hanes and Upper Deck have teamed up for a set of promo cards dedicated to a mutual partner. The 2018-9 Fleer Hanes Michael Jordan card set celebrates 30 years of the basketball icon as a spokesman for the undergarment company. And to get them — you’re going to have to buy some underwear. 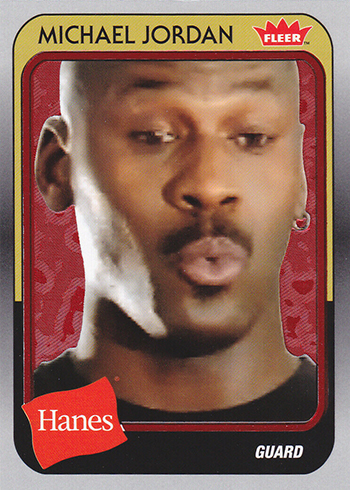 Specially marked packages of Hanes products have a pack of 2018-19 Fleer Hanes Michael Jordan cards. Each pack has five cards. 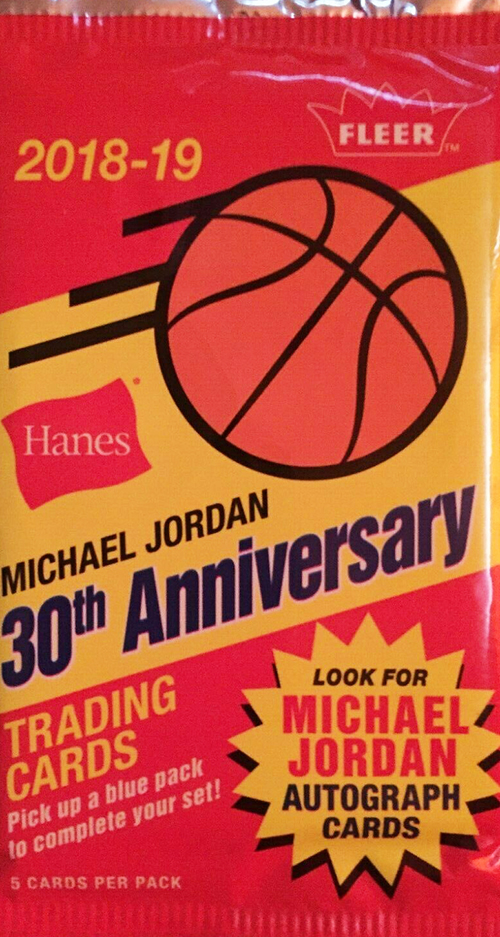 The design plays off the 30th anniversary theme and has plenty of nostalgia. It’s based on the 1988-89 Fleer Basketball set. This includes both the main base set and All-Stars subset.

The set spotlights Michael Jordan as a Hanes pitchman. That means a variety of images taken from commercials and ad campaigns. You get Jordan playing basketball, baseball, golf and even a nod to football. Several simply have Jordan making various reactions. And in some, he’s holding up pairs of briefs. Safe to say, this isn’t your typical series of Michael Jordan cards. 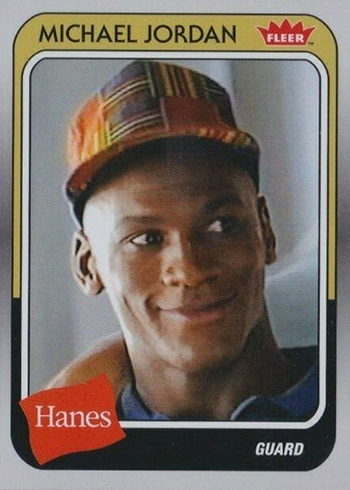 Card backs offer a look back at Jordan’s career as both a basketball star and a Hanes spokesman. Highlights from the court are mixed with a behind-the-scenes peek at several of Jordan’s ad campaigns.

The exact size of the set is not yet known. Based on what’s been listed on eBay thus far, it appears as though the base set has 50 cards. The cards have a couple of different parallels, Red Foil that are almost two per pack, and Blue Foil (1:2.5 packs).

Packs come with an All-Star card as well. These have Gold versions, which are 1:10 packs. Ten cards make up this set. 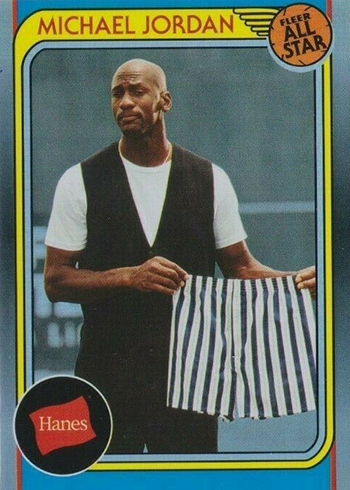 Doing some quick math, this isn’t going to be an easy set to put together. While packs have five cards, two of those are likely to be parallels and a third is an All-Star card.

As for autographs, they’re possible but just not very likely. Odds on finding one are more than 1:100,000 packs. Just ten total autographs exist.

Production Numbers and Where to Find Cards

According to Hanes, more than 800,000 2018-19 Fleer Hanes Michael Jordan 30th Anniversary card packs were produced. They are not store-specific. Rather, packs can be found with specially marked Hanes products at places like Walmart, Target, JC Penny, Kohl’s and Dollar General. The Hanes website will also have them.

We hope to have a detailed 2018-19 Fleer Hanes Michael Jordan 30th Anniversary checklist soon. Here’s a breakdown of what the set consists of as well as odds for inserts and parallels. 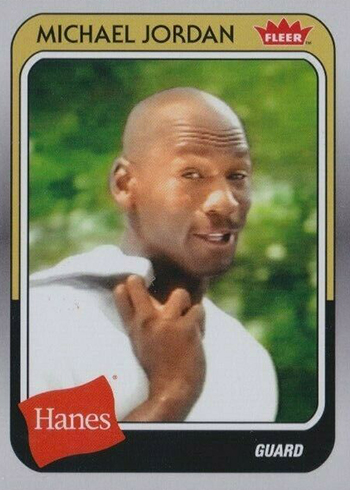 Checklist briefly describes the images on the card fronts. 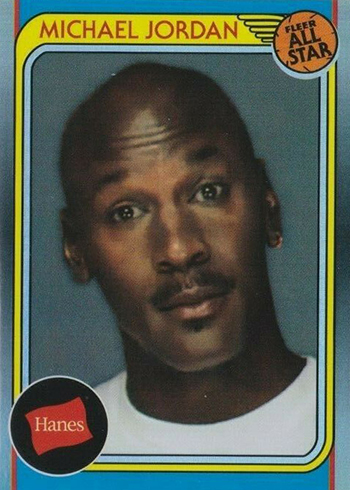