Following Series 1 and Series 2, you thought you were done with 2017 Topps variations. Close, but not quite. 2017 Topps Retail Factory Set Rookie Variations highlight five key rookies with additional cards. 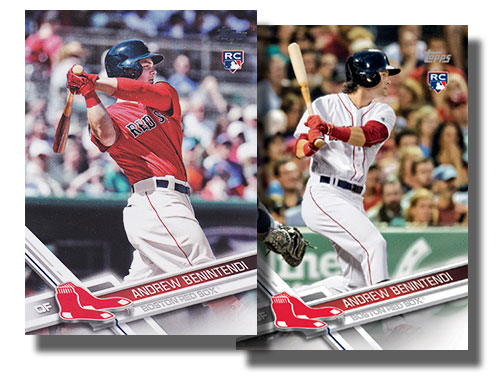 But you’re not going to have to rip pack after pack to find them. You just need to buy the right box set (or look to the secondary market).

Like other 2017 Topps variations, the cards are largely the same except for the image on the front. Because Moncada was traded, he’s also got a new team for his variation.

These cards come outside the regular Rookie Cards. That means every retail set comes with both. The Rookie Variations are like a bonus.

The 2017 Topps Retail Factory Set notes the variations on the outside of the box. This is important as they’re not in the hobby version. That set has exclusive parallels instead. The retail set comes in a blue box while the hobby factory set comes in a red one. Both versions also come with all 700 cards that make up 2017 Topps Baseball.

Please note that the only variations shown here are the factory set versions. They’re paired up with their base counterparts. Some also have 2017 Topps Series 1 short print variations that were included in packs. 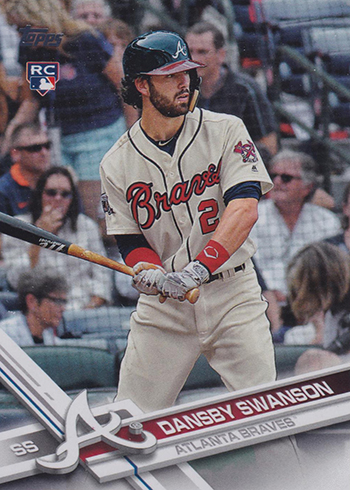 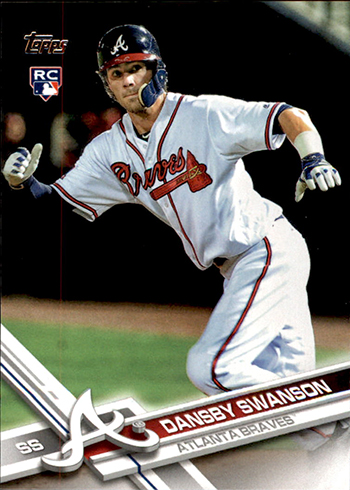 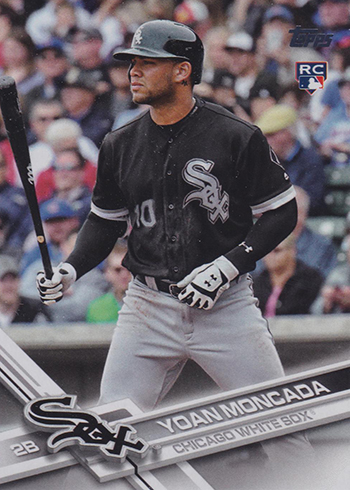 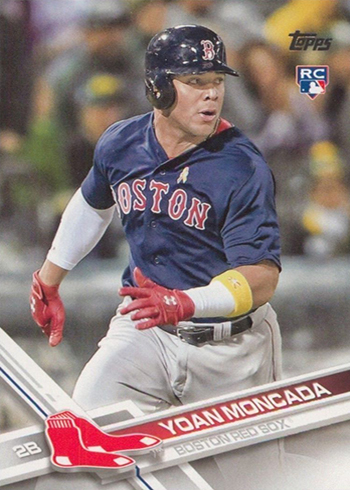 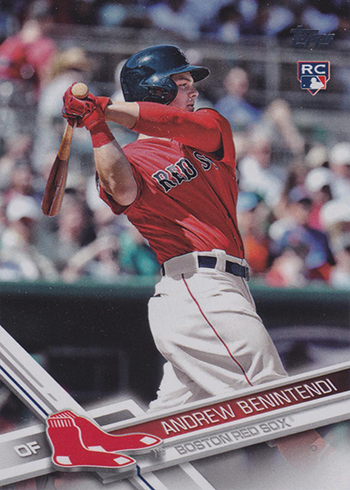 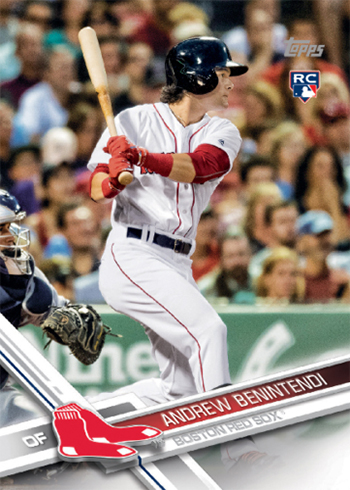 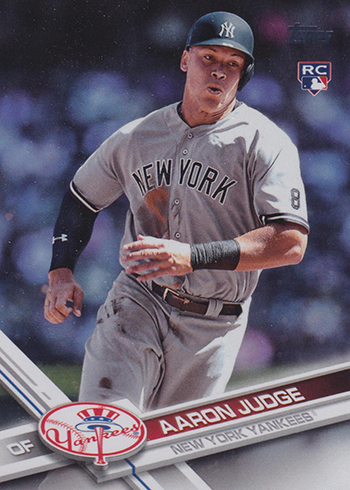 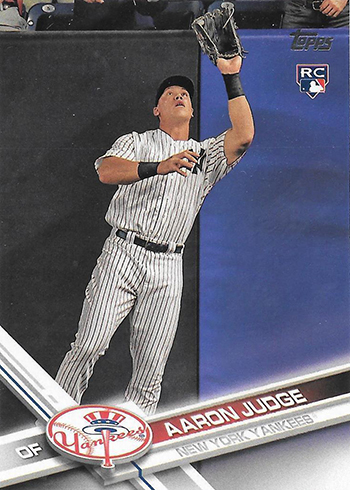 Base – catching at wall, pinstripe jersey 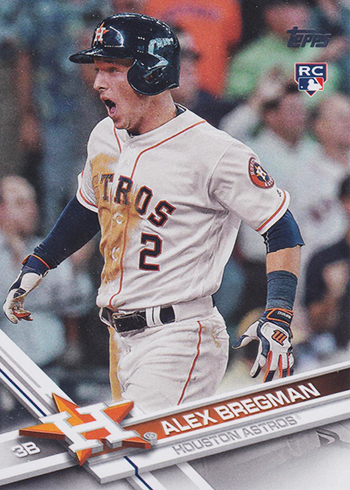 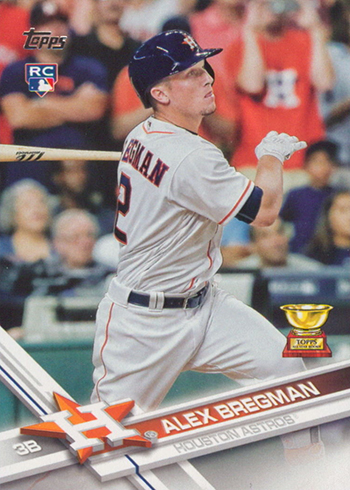 Base – with bat, Rookie Cup