Available exclusively through the Topps website, the set didn’t launch with an episode recap. Instead it was a special card commemorating the announcement of Jodie Whittaker as the 13th Doctor. 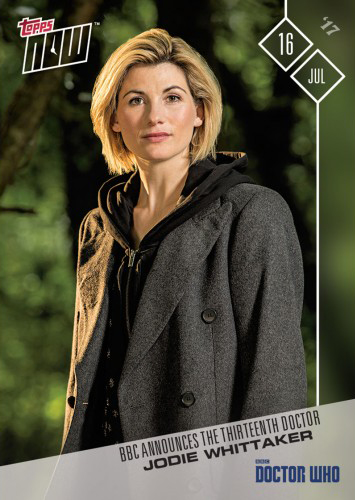 It’s not yet known how comprehensive the 2017 Topps Now Doctor Who set will become.

This is the second television show to get a Topps Now release following the Preacher Season 1 and Season 2 sets.

This is an ongoing checklist that will be added to as new cards are announced and released. When available, print runs are also noted.

Using FaceApp to Put a Smile on ...