2017 Topps Now Card of the Month Checklist and Details

As the Topps Now program evolves, the card maker is adding new spins and incentives to help entice collectors to buy. A big one is the Topps Now Loyalty Program that offers discounts. Those who reach certain levels also receive the exclusive 2017 Topps Now Card of the Month.

And one of the first 2017 Topps Now Card of the Month is proving to be a popular one with those who weren’t able to take advantage. 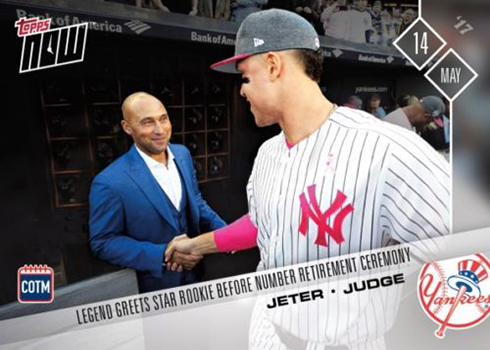 As the name suggest, a new 2017 Topps Now Card of the Month comes out every four weeks or so. Those reaching the All-Star level of the Loyalty Program receive one card. Those achieving Hall of Fame status get one each month. They cannot be purchased from Topps. Instead, collectors will have to look to the secondary market to get them.

The first 2017 Topps Now Card of the Month highlights the surprising Eric Thames and his hot start to the season. It has 167 copies.

Next up was a New York Yankees dugout encounter between Derek Jeter and Aaron Judge before Number 2’s jersey was retired. A total of 198 copies were produced, which puts it in the lower end of all regular 2017 Topps Now Baseball cards. Many have smaller print runs but those generally feature players with limited hobby followings and play for smaller market teams.

But any Aaron Judge card is hot right now and Jeter is Jeter. Love them or hate them, the Yankees are the furthest thing from a small-market team.

Consistent sales on eBay approaching $200 with a couple going even higher.

2017 Topps Now Card of the Month cards are numbered differently from the main Topps Now set. There’s also a ‘COTM’ icon on the front. 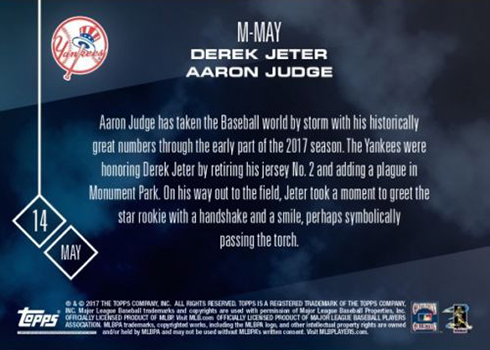 Only time will tell if the momentum on this card will continue as well as other future 2017 Topps Now Card of the Month releases.

Print runs for each card is noted. If you’re looking to buy a specific card, click on the links to see what’s currently available on eBay. 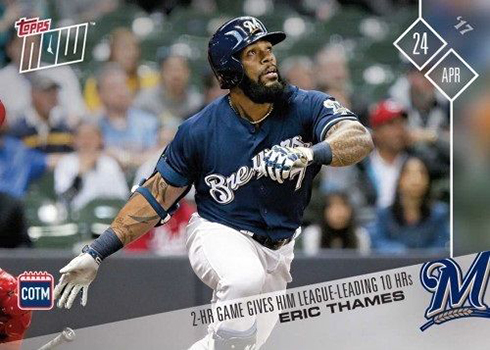 No Waiting on Baseball Cards of the ...