The two Mystery Redemptions in 2017 Topps Heritage Minors are a mystery no more. The card maker has confirmed that a pair of high 2017 draft picks will be found on the cards.

Mystery Redemption A goes to Royce Lewis, the first overall pick to the Minnesota Twins. 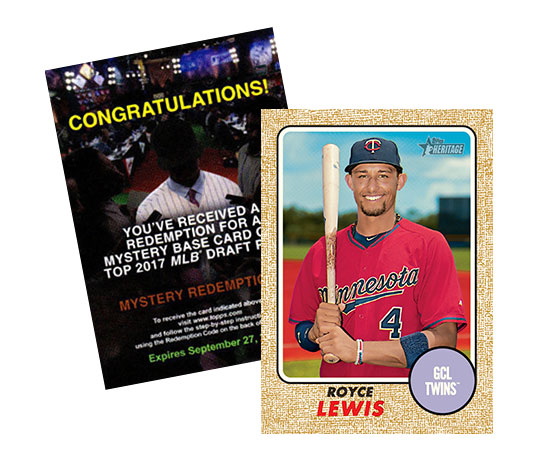 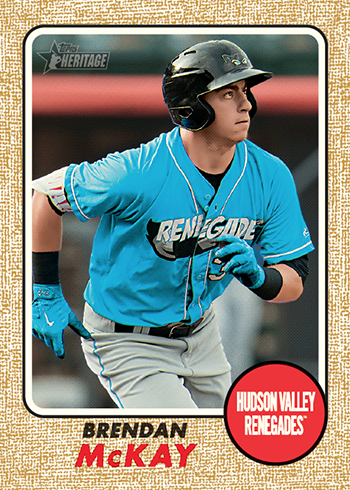 Final versions of both cards are done as base cards. Lewis and McKay are pictured in their minor league uniforms.

Mystery redemption autographs for both 2017 Stadium Club and 2017 Finest Baseball have not yet been announced.