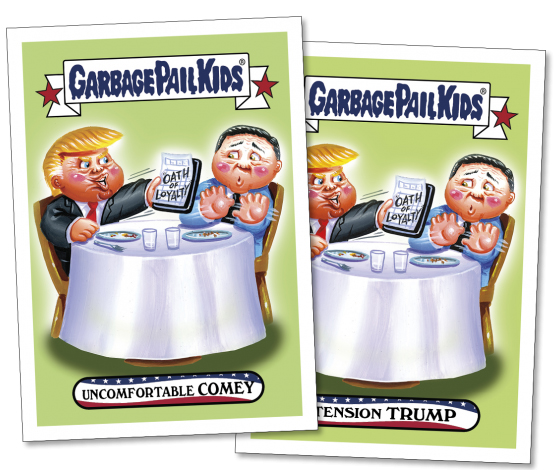 Like the many political GPK sets of the last year or so, this is another online exclusive sold through the Topps website.

The checklist has a total of ten cards broken down into five pairs of gags. Each is centered on either Comey, Donald Trump or a shared “moment” between the two.

Unlike the Trumpocracy set, which has new cards available for just 24 hours, A Comedy of Comey was available for a week from June 12 through June 19.

Cards were sold in pairs for $9.99 each or as a full set of ten for $29.99. Printed to order, the production runs of specific cards will be announced by Topps.

2017 Topps Garbage Pail Kids: A Comedy of Comey at a glance:

1a Uncomfortable Comey
1b Tension Trump 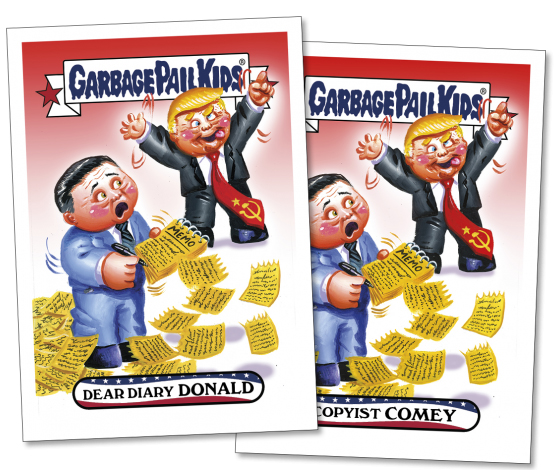 3a Comey Combover
3b Displeased Donald 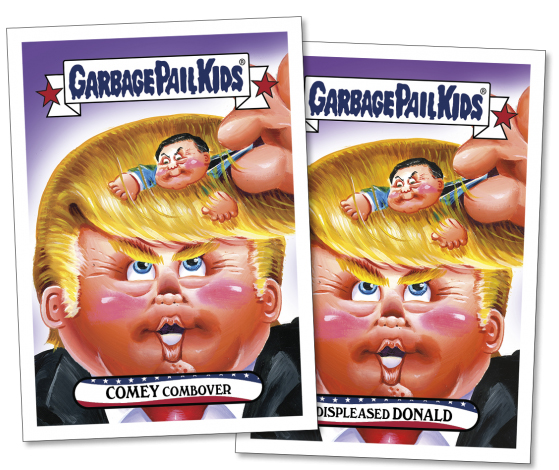 4a No Truth & Justice Trump
4b Justice-Damming Donald 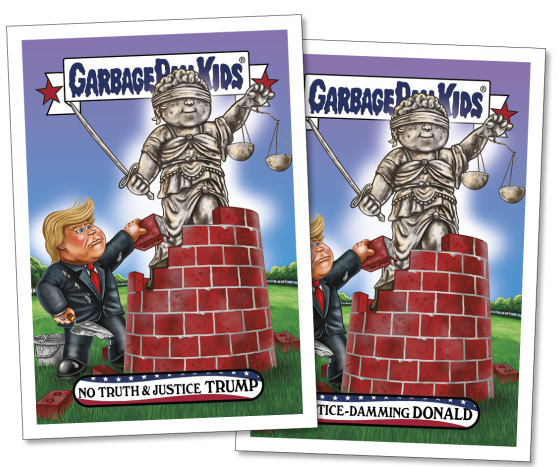 5a Unconfidential Comey
5b Jabbering James 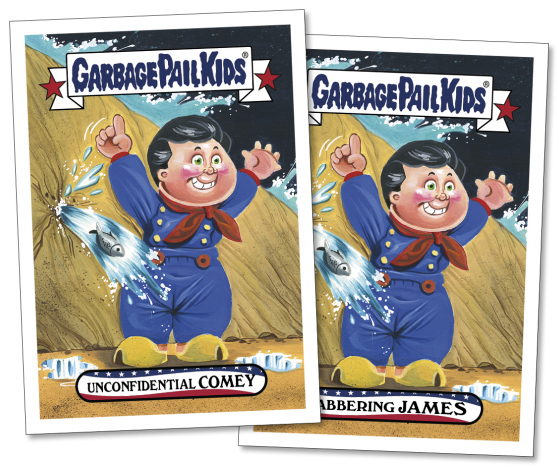