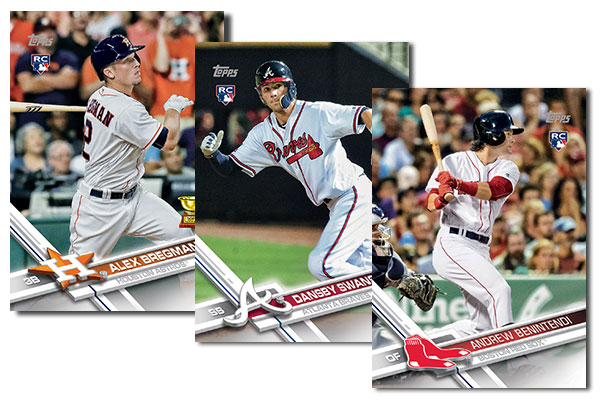 Not only does 2017 Topps Series 1 Baseball give collectors the sport’s first cards but it also offers the first Rookie Cards of some of last year’s late-debuting standouts. The list of 2017 Topps Baseball Rookie Cards includes a couple of high-profile draft picks and an international star who was traded in the offseason.

Headlining the 2017 Topps Series 1 Rookie Cards is Dansby Swanson, the first pick in the 2015 MLB Draft. He made his debut with the Atlanta Braves in August, 2016. He’s joined by 2015’s second pick, Alex Bregman.

Yoan Moncada is also among the thirty Rookie Cards in Series 1. While he’s pictured with the Boston Red Sox here, he’ll also be on the 2017 Topps Update Series checklist as a member of the Chicago White Sox. The Cuban star was a key piece in the offseason blockbuster trade that saw Chris Sale head to Boston. Moncada will likely have his first White Sox cards much earlier than Update, though. 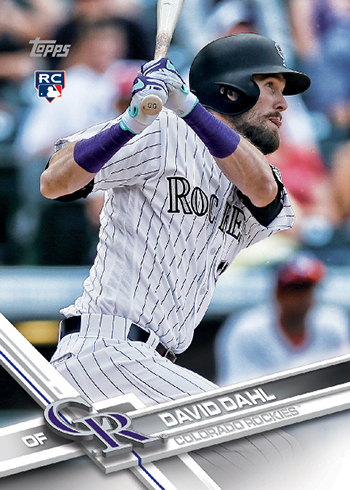 Of course, in today’s hobby Rookie Cards aren’t always a player’s first or even best cards. Most usually make their debuts in Bowman products, including the popular Bowman Chrome Prospect Autographs. That said, under traditional definitions, these are inserts.

Players are only eligible to be in MLB base sets once they’ve made the majors. 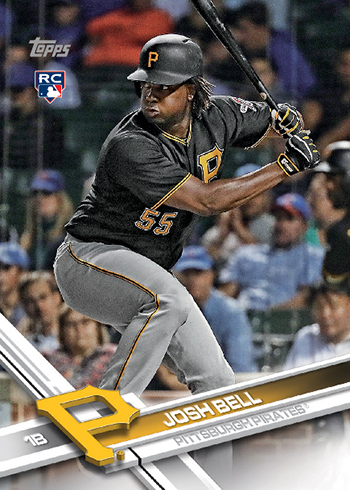