But they come at a price.

Each factory set, which carries a suggested price of $399.99, comes with one of three signed cards, a set of Season Montage cards and one Metal card.

Despite producing more than a dozen sets for Buffy, Inkworks never managed to get a Sarah Michelle Gellar autograph. Rittenhouse not only did it with their first Ultimate Collector’s Set in 2015 but they’ve done it again here with an autographed costume card of the actress.

Joining Gellar is Alyson Hannigan who played Buffy’s best friend, Willow. The actress, who also had major roles in American Pie and How I Met Your Mother, has a pair of autographs here. Hannigan’s only other autograph card came in the show’s debut release, 1998 Inkworks Buffy the Vampire Slayer Season 1. Today, it’s a tough card to track down and prices reflect that.

Because all three cards were not produced in equal numbers, there’s no guarantee collectors will get one of each card for ordering a trio of sets.

However, those ordering five sets will get one of each of the Hannigan cards along with three costume cards. That makes the Willow cards significantly tougher. That said, will Rittenhouse mentioning a print run of 600 total sets, none of the three have very many copies.

Those ordering five sets from Rittenhouse not only get one of each but a bonus second set as well.

If there’s a base set to 2017 Rittenhouse Buffy the Vampire Slayer Ultimate Collectors Set Series 2, this is it. All seven cards come with each set. Those who own the Buffy DVDs might recognize the artwork from the covers.

Like the first set, Sketch Cards are an incentive. These were wildly popular before, in part because they were the first such cards for the franchise. The quality was also very strong, which appears to be the case once again. 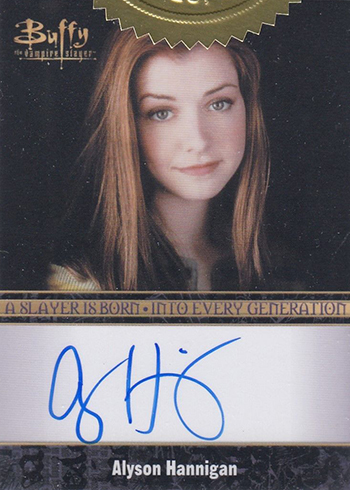 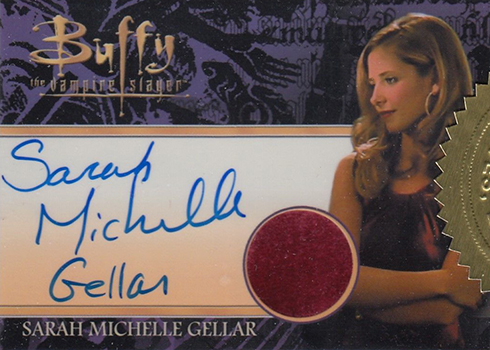 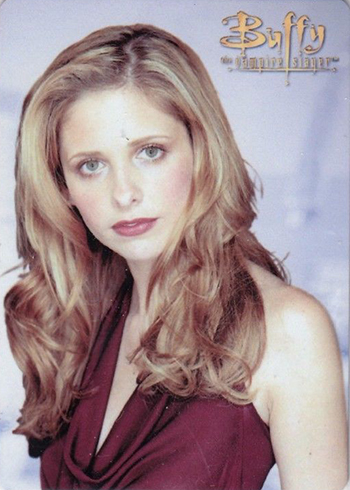 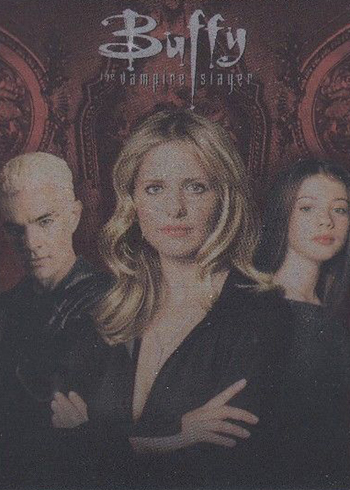 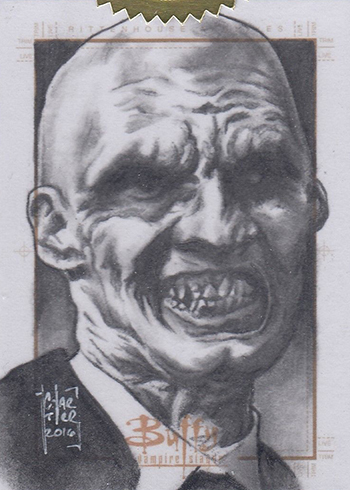