2017 Onyx Platinum Elite Baseball takes a streamlined approach to prospects and autographs. The checklist isn’t nearly as big as you’ll find in a Bowman product or Elite Extra Edition, but that’s intentional.

The product does have base cards but it’s likely to be the autographs that get most of the attention. These land two per box.

The signers? Prospects include Bo Bichette, Kevin Maitan, Ronald Acuna and Jay Groome. Some signatures from past Onyx releases are also available in 2017 Platinum Elite Baseball. Rafael Devers, Victor Robles, Brendan Rodgers and Alex Verdugo are among those that fall under this category. 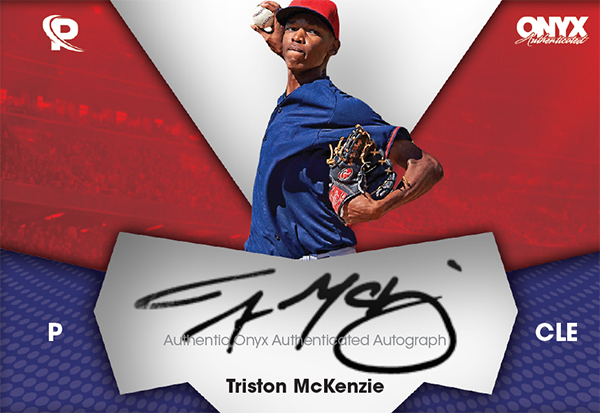 2017 Onyx Platinum Elite Baseball has a repurchased card aspect. Each case comes with at least one card bought off the secondary market and inserted into the product. Some are redemptions for a graded vintage or prospect card. High-end Rookie Cards are also possible. Repurchased cards aren’t Onyx cards. They come from other companies.