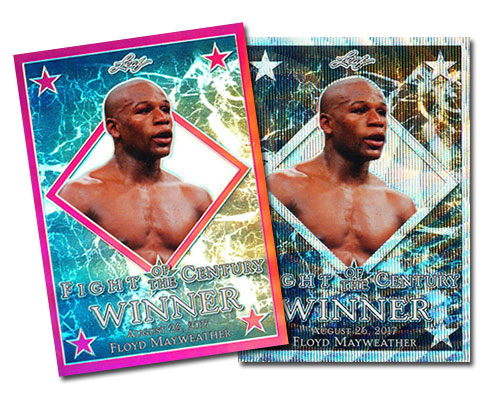 Leaf has a special “Money” Mayweather card and it’s not in any packs or boxes. The 2017 Leaf Metal Fight of the Century Floyd Mayweather, which commemorates his win over Conor McGregor, is an eBay exclusive.

Printed in small quantities, the Silver Prismatic version is the most plentiful at 50 copies. This is a stated print run from Leaf. It’s not serial numbered. But, like virtually every Leaf Metal card, there are the Prismatic parallels.

These add eight additional tiers to the card. None of the parallels are serial numbered and have no more than 25 copies each. The 2017 Leaf Fight of the Century Gold Prismatic and Red Prismatic Floyd Mayweather cards are both one-of-ones.

Prices for the cards vary, depending on the parallel. Silver Prismatic cards are $6.95 each. The Red Prismatic parallel sold for $109.95 while the Gold Prismatic went for $129.99.

Shipping is available only in the United States.

Leaf is just getting started with Floyd Mayweather cards. They have a variety of autographs working their way down the pipeline starting with 2017 Leaf Metal Sports Heroes. 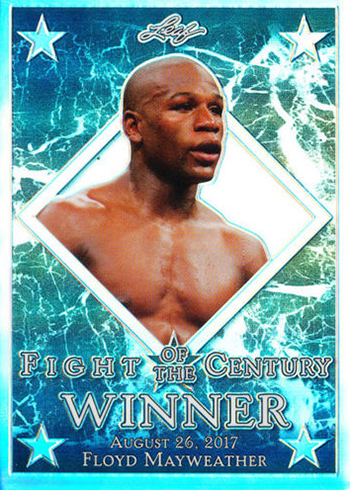 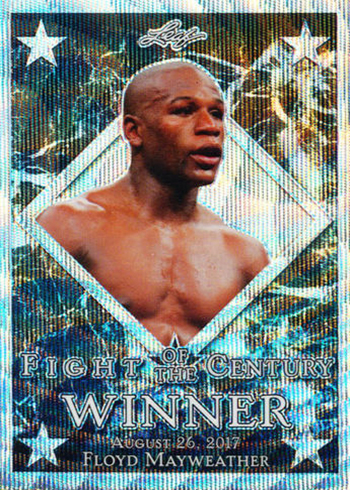 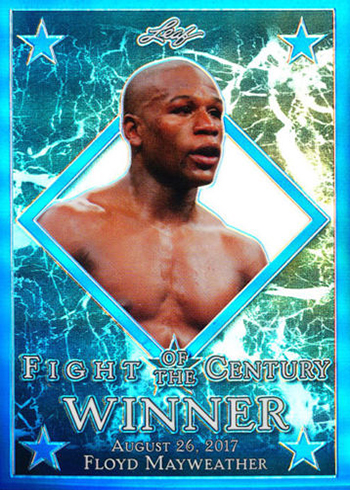 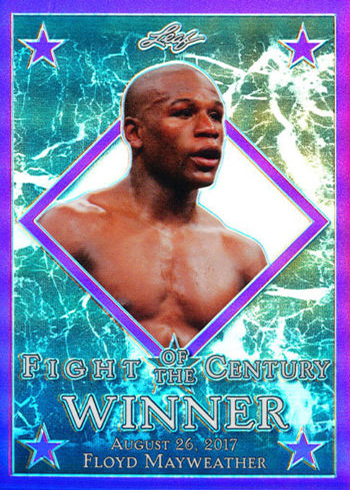 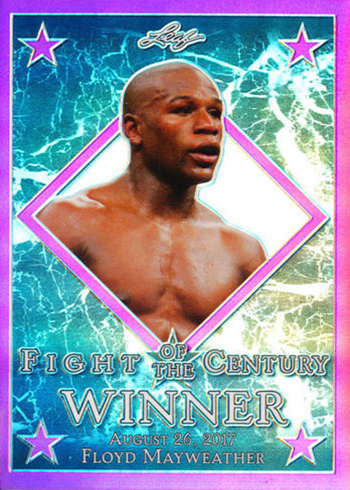 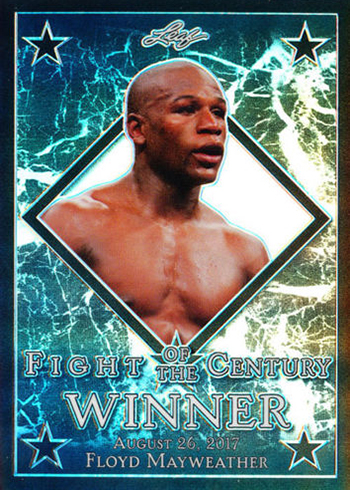 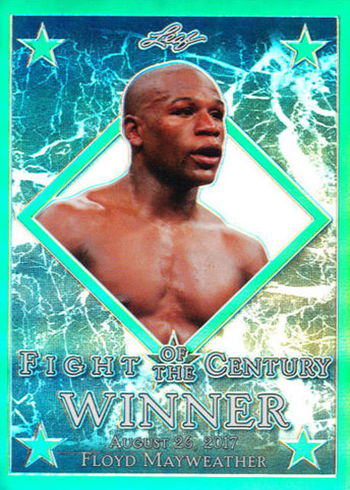 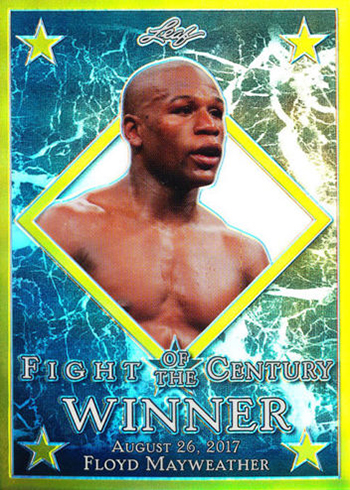 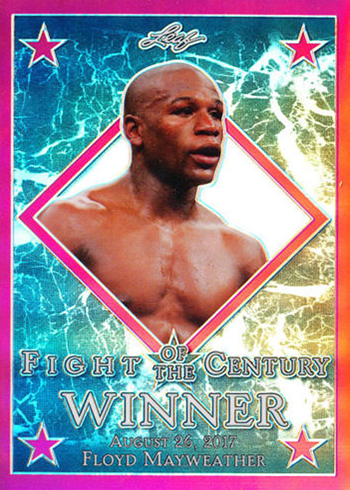