2017 Leaf Best of Football is the latest installment in the long-running line that focuses largely on high-end cards from the past. However, it’s not entirely a repackaged product. There are some new, exclusive cards as well. 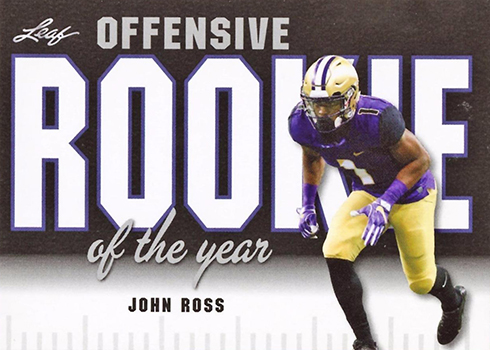 Each box of 2017 Leaf Best of Football comes with just two cards. The first is a repurchased card. Available possibilities cover a wide range of eras and card types. Some are graded rookies, others are autographs and premium memorabilia cards. According to Leaf, redemptions will be randomly inserted for other items. In the past these redemptions have included unopened boxes.

The second card in each box is a Rookie of the Year Predictor. Each has an offensive player slated to debut in 2017. If they win Rookie of the Year honors, the card can be redeemed for a piece of autographed memorabilia. In case a surprise player steps up or someone not on the checklist, there’s a Wild Card Predictor as well. 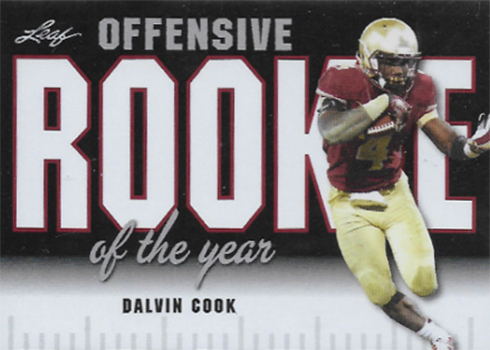