After making a name for themselves primarily through horror T-shirts and clothing, Fright-Rags has gotten into the card business. 2017 Fright-Rags Re-Animator trading cards delve into the 1985 horror film in a way that mixes both the classic and modern versions of the hobby. 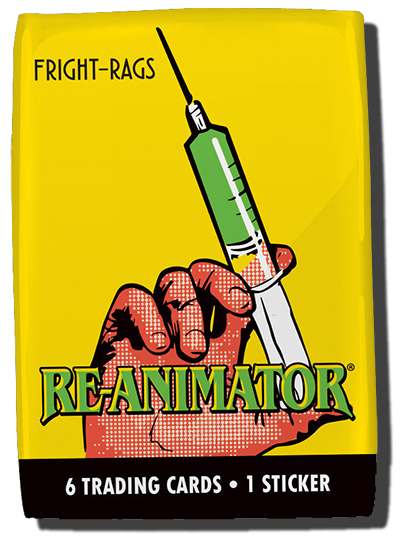 On the one hand, it tackles an old film and cards are designed to look like those Topps and other companies might release for movies at the time. On the other, the configuration includes things like inserts, sketch cards and autographs.

Available exclusively through the Fright-Rags website, the Re-Animator trading cards are a niche product with an extremely limited production run. It’s available in three forms. It starts with single packs that cost $5 each. A total of 600 packs were made to be sold on their own.

Next are 200 ‘factory’ boxes that are basically like a premium-style factory set. These run $67 and are limited to 200. They have a full base set, a couple of inserts and either a sketch card or autograph.

Finally, there are 75 total wax boxes of 24 packs. For $107, these packs yield a pair of base sets, all 23 of the inserts, an autograph and a sketch card. 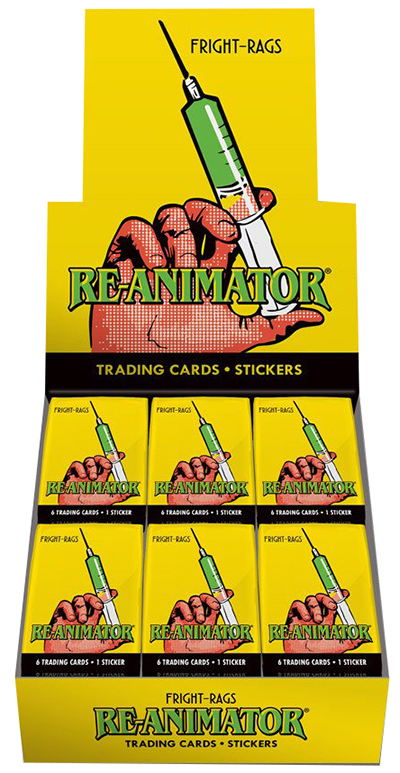 The 2017 Fright-Rags Re-Animator base set has 60 cards. Recapping the film, which is based on the H.P. Lovecraft story, they’re done on retro-style card stock reminiscent of what you’d find back in the day or in a modern Topps Heritage release. 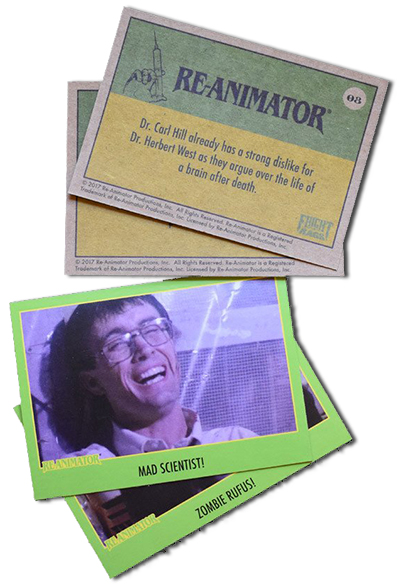 Given the subject matter, it shouldn’t be surprising that many of the images are graphic. And those who are interested in this set likely wouldn’t want it any other way.

Inserts come in a couple of forms for the 2017 Fright-Rags Re-Animator trading cards.

Barbara Crampton, who played Meg Halsey, has an autograph card.

Sketch cards feature original artwork drawn directly on the cards. A total of nine artsts contributed to the release including Brent Engstrom who has worked extensively with Garbage Pail Kids, among other trading card products.

The 2017 Fright-Rags Re-Animator checklist is rounded out by eight Character Cards and nine Behind the Scenes inserts.