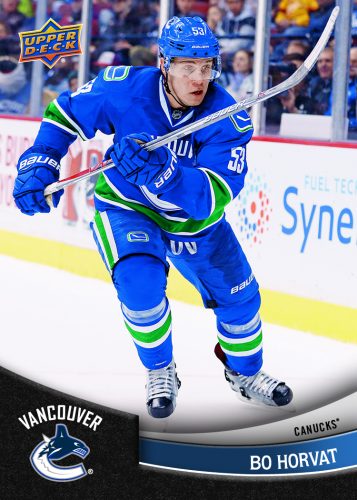 Tim Hortons is not the only restaurant chain getting in on the opportunity to give collectors a little bonus when they make a purchase as fans in Vancouver can go to their local Subway location to get their hands of packs of 2017-18 Upper Deck Subway Vancouver Canucks hockey cards.

With packs that retail for $2 each, Canucks fans can try to build a full 16-card set that features key members of the team along with their mascot, Fin. Part of the proceeds from the sale of these packs will benefit the Canucks for Kids fund. 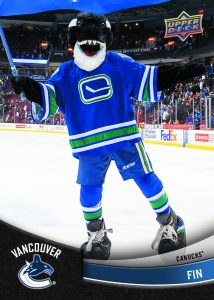 Each 2017-18 Upper Deck Subway Vancouver Canucks pack contains two player cards along with a contest card and an e-Pack promotional card. The potential prizes that participants can win include a free cookie or drink, or even tickets to an NHL game.

Last season, the Canucks finished seventh in the Pacific Division and will be aiming to improve on that 69-point performance in 2017-18. While the 2017-18 Upper Deck Subway Vancouver Canucks set does not feature rookie Brock Boeser, he does already have several cards on the market and is regarded as a potential contender for the Calder Trophy.

The 2017-18 Upper Deck Subway Vancouver Canucks contest period is expected to run from September 25 to November 14, but individual stores may run out of packs before the closing date. 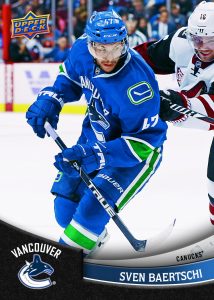