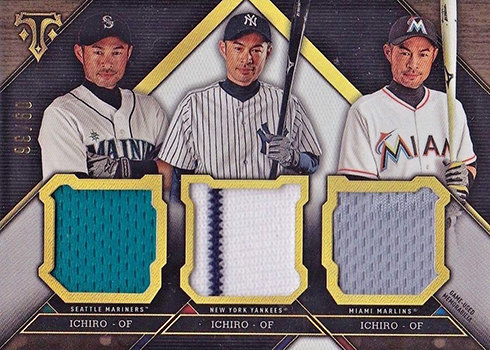 Ichiro’s playing career might not be over just yet, but it’s safe to say that it’s winding down. While he’ll be best remembered for his time with the Mariners, some milestones were also reached in New York and Miami.

Of the 50 Triple Threads Relic Combos cards in the product, 49 of them have three different players. The final one has just Ichiro on all three of his MLB teams. Besides an image of the outfielder with each of the teams, there’s a uniform timeline of sorts with the trio of swatches. 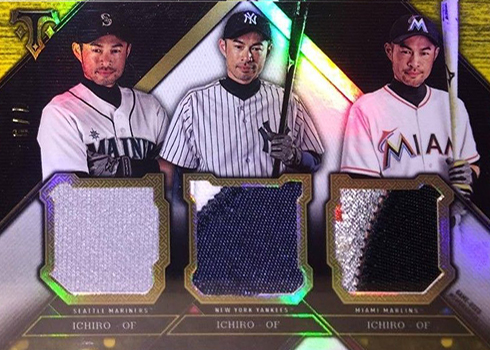 This is far from the only place Ichiro appears in 2016 Topps Triple Threads. It’s not the most valuable either. A variety of autographs and rare jumbo memorabilia cards are also in the product. 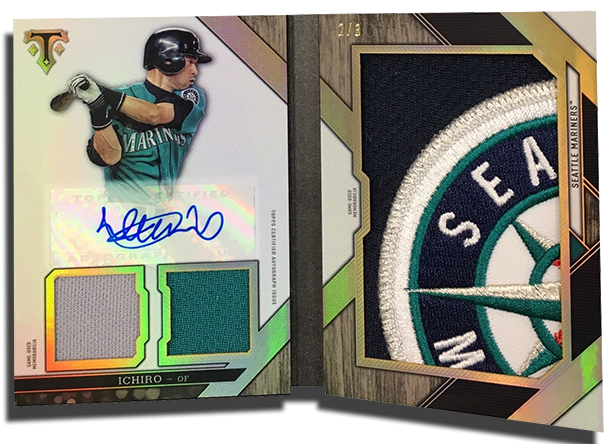